Mayor receives text calling her the n-word: ‘Shut up and re-open Atlanta’ 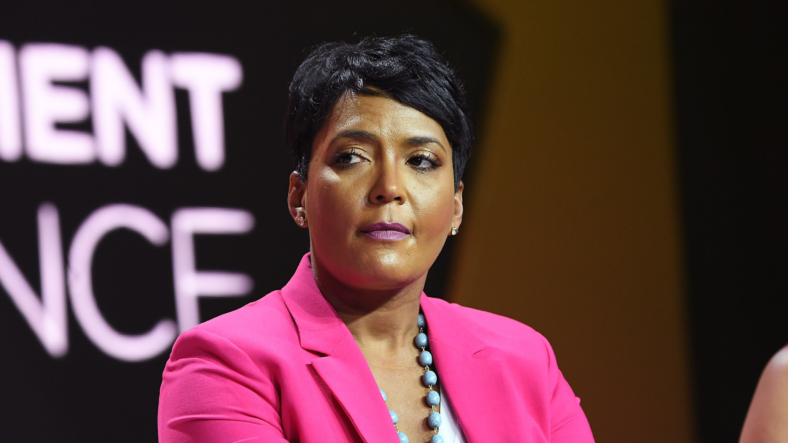 Atlanta Mayor Keisha Lance Bottoms has received an outpouring of support after tweeting that she received a racist message, while she was spending time with her daughter.

The message texted to the mayor was vulgar and used the racial slur to address her.

After stating that the message came through while her daughter was standing over her shoulder, she added she would be praying for the person who sent her the ugly note.

With my daughter looking over my shoulder, I received this message on my phone. I pray for you.
“Conscientious stupidity or sincere ignorance.”
~Martin Luther King, Jr. pic.twitter.com/dOimv9sdN3

Celebrities like Holly Robinson Peete tweeted their support of the mayor adding that her “leadership is vital right now.”

I’m sorry she had to see that.?
Stay strong and focused ??
Your leadership is vital right now??????

Bottoms has openly disagreed with Georgia governor Brian Kemp’s decision to reopen many businesses in the state including hair and nail salons and bowling alleys.

“I feel that we are still empowered to use our voices and to use our common sense, and that’s what I will continue to do as mayor,” she said to Atlanta’s 11Alive.

“And I have a good working relationship with the governor and I know that that will continue, but on this we disagree,” The mayor shared. “And his authority as governor is what it is, and it certainly supersedes my authority as mayor on paper — but it doesn’t supersede my voice, and I will continue to use my voice to urge our communities, our business owners and our residents to stay in.”

She is not the only one does not agree with Kemp’s decision.

President Donald Trump has also publicly stated that he “strongly” disagrees that Georgia is ready to lift its state-wide quarantine. In response, Kemp stated, “We’ve had conversations with the White House about our data, what we’re doing, they’re doing the same with a lot of governors around the country.”

Bottoms was elected mayor of Atlanta in 2017 in a runoff election. “Mayor Keisha,” as she is affectionately known has rallied the support of the city’s numerous entertainment stars. Rapper Killer Mike expressed yesterday that he will not be reopening his barbershop, The SWAG Shop, despite the governor’s edict to reopen the state.