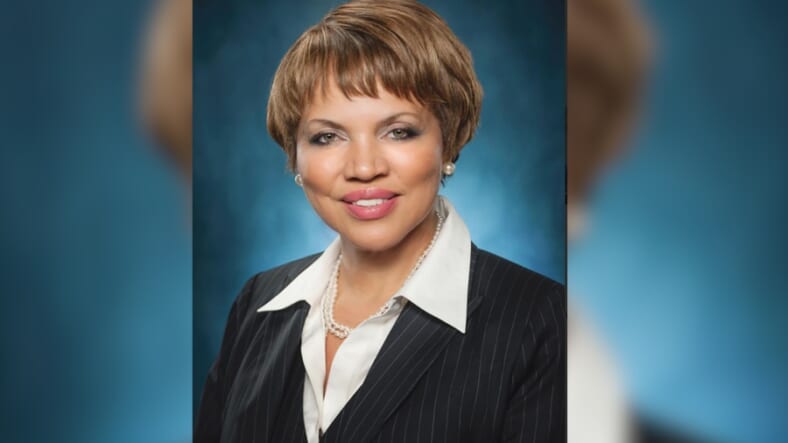 There is a large Feeding America banner covering CEO Claire Babineaux-Fontenot’s office wall shrine, dedicated to her birthplace of Louisiana.

Surrounded by mementos of her upbringing — including images of various birds indigenous to the southern state — the mother of two transformed a shared office space with her husband into a quarantine war room to battle the surge of food insecurity that has gripped a nation in the fallout of the COVID-19 pandemic.

“I have taken off of the wall an image of a magnolia that my mother, who is now deceased, gifted my husband with when he opened his first-floor office in our small hometown of Opelousas,” Babineaux-Fontenot told theGrio.

“I moved it off of the wall, though it is a cherished part of our family’s history.”

In-person meetings are now indefinitely replaced with video calls these days, so the Feeding America signage serves as a pivotal branding opportunity for anyone who watches Babineaux-Fontenot’s interviews.

“It’s impossible to see my face and not see where it is that someone can go to help,” she explained.

As the head of the largest domestic hunger-relief organization, Babineaux-Fontenot’s team is responsible for equipping 200 food banks and 16,000 food pantries with enough supplies to address the mounting hunger crisis plaguing this country. Twenty-two million Americans filed for unemployment benefits in the last four weeks, straining assistance programs put in place to help those in need. 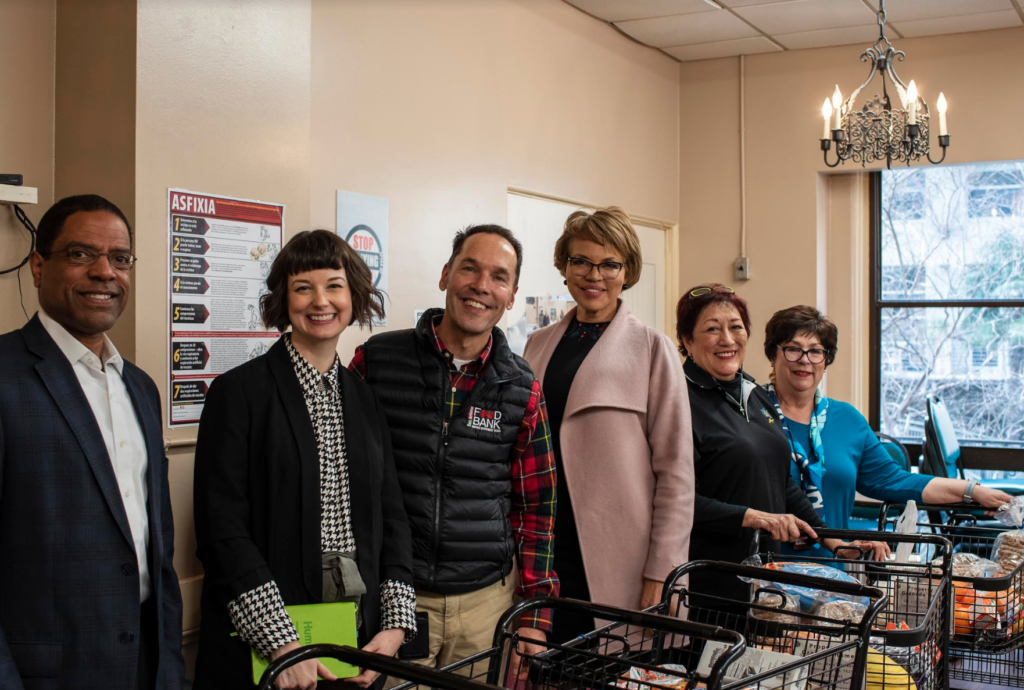 “If you miss a paycheck and had less than $400 in cash at your disposal, then you go from being on that precipice — or on the brink — to falling over it. There’s a direct connection between unemployment and food insecurity.”

Babineaux-Fontenot’s soul calling to serve on the front lines of food inequity in America was shaped by her own unique childhood. One of 108 siblings, the Southern University alum saw first-hand the impact hunger has on low-income families.

Her parents, Warren Babineaux and Mary Alice Babineaux spent their lives fostering children who were survivors of neglect and abuse. It is with this inherited gracious spirit that Babineaux-Fontenot fulfills her life’s work.

Before the pandemic spread around the globe, there were already eleven million children without consistent access to food in this country. In communities devastated by food swamps and food deserts, there are 22 million children who rely upon free and reduced lunch for basic nutrition every day.

“If the only thing that you did was close schools, that means tens of millions of children in this country would be hungry. But I’ve always known it to be so,” she said.

Babineaux-Fontenot grew up in Opelousas, Lousiana, which is about 115 miles from St. John the Baptist Parish, the epicenter of the highest death rate per capita for COVID-19 in the country. The Louisiana native reflected on the ways society has failed some of the nation’s most underserved populations.

After a somber dance with her own mortality in 2015, Babineaux-Fontenot said she re-charted her life course to align more closely with her spirit. As the former executive vice president/treasurer at Walmart Inc and the former executive vice president at Fortune One, Babineaux-Fontenot reached inconceivable corporate heights before a cancer diagnosis sent her on a crash course back to earth.

“Suddenly everything changed. And I knew; I am finite,” she said. “I don’t get to be here always. I was going to leave that role that I was in, and I was going to find a way to have a bigger impact.”

Guided by her personal mantra, “My pain needs to pay,” Babineaux-Fontenot shifted her career trajectory with the grace of an alchemist.

Landing at Feeding America in 2018, Babineaux-Fontenot now heads a team of some of the most “extraordinary, competent, and compassionate” people she’s worked with in her lifetime. 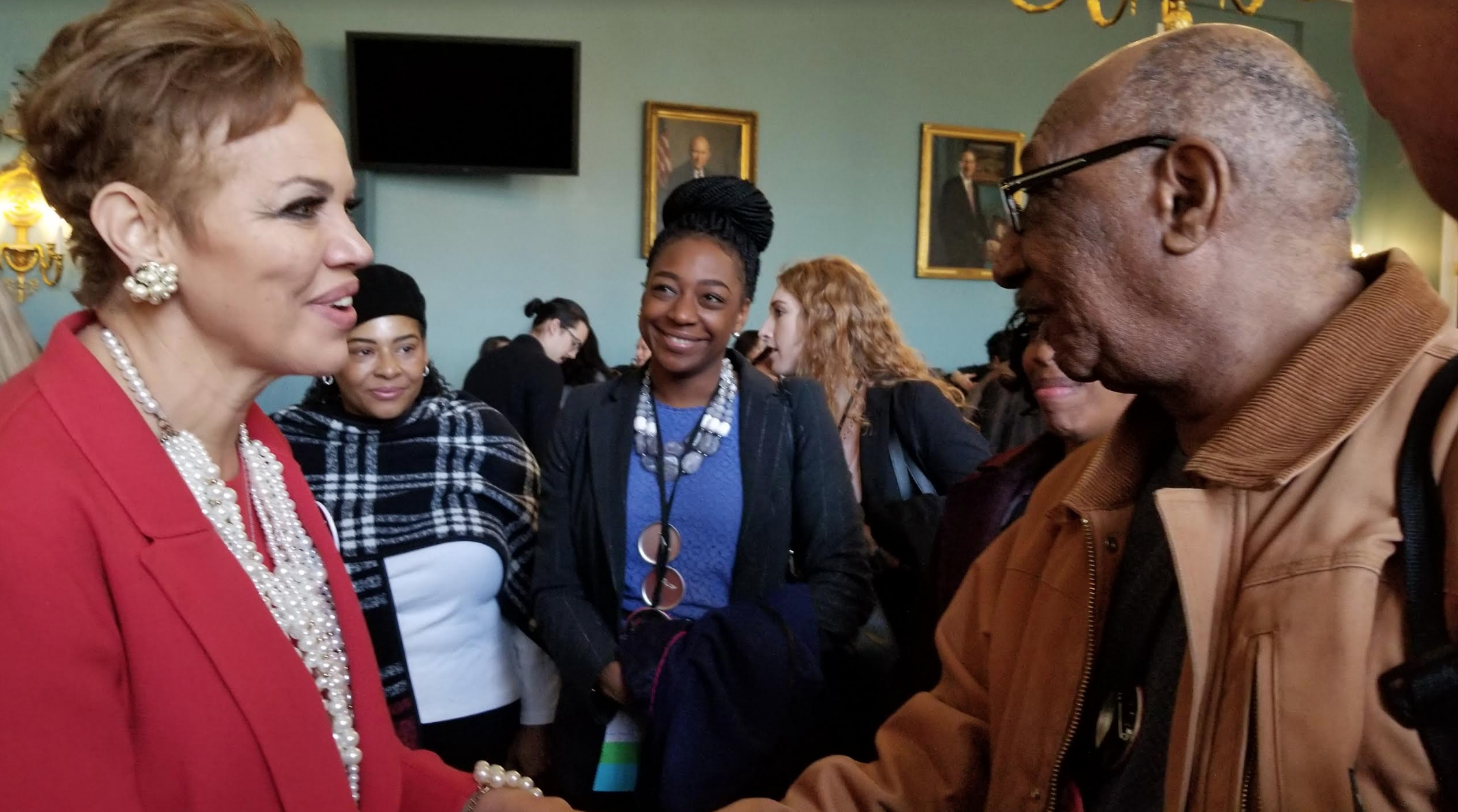 “That is not to disparage other places, that is to help to accentuate and underscore just how extraordinary these people are that I get to work with,” she said.

As a leader, Babineaux-Fontenot maintains a rare balance between hard data-driven work and fleshy heart-led vulnerability. In order to keep stress levels as low as possible in the midst of catastrophe, Babineaux-Fontenot guides her team with radical transparency.

“I try to be honest with myself about when I think I’m getting to a place where I’m not going to be able to be my best self,” she said. “I am a person of faith. So if you ask where I start, I start leaning there. I wake up each morning, feeling blessed. I ask for wisdom, discernment, humility, strength, focus, and peace — peace of mind with my own inadequacy,” Babineaux-Fontenot described.

Continuing, “And then beyond that, I then go to my husband and my kids and my remarkable family and friends. And I can lean on the people on my team, too.”

The Feeding America team is staffed with passionate professionals who have the complementary skills needed to support Babineaux-Fontenot’s management. As corporations scramble to restructure what workflow looks like from a remote perspective, Feeding America is focused on seeing the humanity of every employee in these unprecedented times.

“We are caring less about hierarchy and more about effectiveness,” Babineaux-Fontenot said.

“We are rallying around each other, and we’re acknowledging in this crisis that the people who are doing this work are humans. We’re giving each other space to be human.”

In an optimistic re-imagining of moral America, folks are intrinsically aware of how we are all connected through the ways that we are fragile: health and wellness is no longer “self-care” for the privileged, it becomes a basic human right; education and housing are affordable for all regardless of economic status; and no one, in the wealthiest country in the world, goes to sleep with an empty stomach.

“If I have a concern, my biggest concern is people will stop interviewing me. The cameras will go away,” Babineaux-Fontenot said.

You can support Feeding America in the following ways: Donate to Feeding America’s COVID-19 fund through www.feedingamerica.org. 100% of proceeds go directly to local communities.

Use your power to vote for policymakers who will stand with people facing hunger.