‘Jeopardy’ contestant confuses Chaka Khan for ‘What is Shaka Zulu?’ 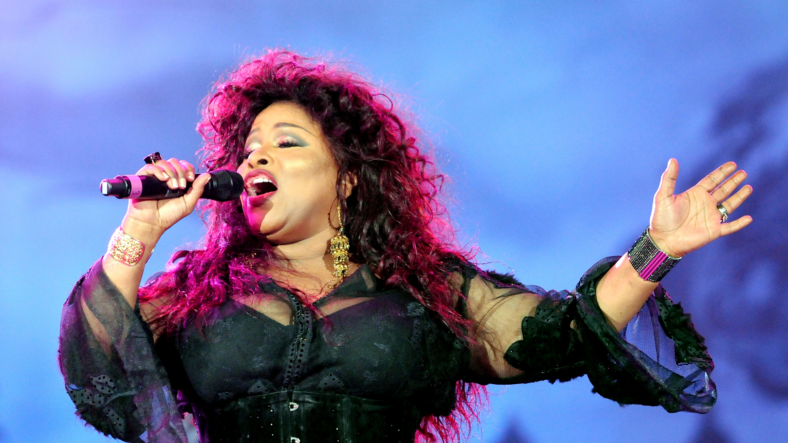 LONDON - SEPTEMBER 13: Chaka Khan performs during 'Thank You For The Music - A Celebration Of The Music Of Abba' at Hyde Park on September 13, 2009 in London, England. (Photo by Jim Dyson/Getty Images)

Amid the coronavirus pandemic, a good laugh is hearty medicine. A Jeopardy contestant provided chuckles on social media when she responded to a question with an answer that was just too wrong.

In response to a clue that asked, “Here, as on each September 24, Zulus celebrate the holiday that was named in honor of this warrior leader of the early 1800s.”

Sarah Jett Rayburn, a stay-at-home mom from Texas responded, “Who is Chaka Khan?”

READ MORE: ‘Jeopardy’ contestant loses money because he said ‘Gangster’ instead of ‘Gangsta’

The correct answer was Shaka Zulu.

Shaka Zulu was the leader of the Zulu kingdom from 1816 to 1828 and was known for his diplomatic responses to political upheaval. The legendary chief preferred social and politically-savvy methods to traditional Zulu defense. He was later assassinated by his own half-brothers.

Shaka was the subject of a legendary 1986 10-episode mini-series.

Meanwhile, Chaka Khan is a 10-time GRAMMY award-winner known as the “Queen of Funk.” The singer has sold over 70 million records worldwide. With hit singles like, “I Feel for You,” and “I’m Every Woman.”

In the clip, Rayburn seems to realize her mistake, but it was too late. She did go on to win the game bringing her two-day total to over $39,000. But, she got roasted on Twitter and it was relentless.

Chaka Khan did not go through the fire, to the limit, to the wall, for a chance to be mistaken for Shaka Zulu chile ???? https://t.co/hdK6Mp0Asx

This contestant on #Jeopardy confused Chaka Khan with Shaka Zulu.

Even more funny since they showed a picture as the clue. pic.twitter.com/7bJlXwjv7T

People not only got their giggles off of her answer, many went into panic seeing the songstress trending a fearing the very worst.

Me seeing Chaka Khan is trending while we are going through a damn pandemic ?? pic.twitter.com/UdJpwpfDRd

Chaka Khan is trending. Chaka Khan is alive.
She was simply a VERY wrong response on Jeopardy pic.twitter.com/2UeEKeLa35

This isn’t the first time that a Jeopardy answer has rankled viewers. A contestant on the College Championship version of the show offered up an answer that spooked viewers watching the show at home during the quarantine.

In response to an $800 “Health & Medicine” clue that read: “From a Greek word for people, it describes a disease that affects many people at one time.”

Nathaniel Miller responded, “What is a pandemic?”

Miller ultimately won $24,001 in the College Championship round and advanced to the semifinals. The episode was filmed Feb. 3 and Feb. 4, a full month before the World Health Organization declared the novel coronavirus a global pandemic on March 11.

Despite being a Jeopardy champion, Rayburn may never live down the epic tweets in reply to her harmless blunder. Many of the tweets are so funny, Chaka Khan and Shaka Zulu should be proud.