The crowd yelled 'Let us in!' as they brandished rifles and held up signs in the state's capitol building. 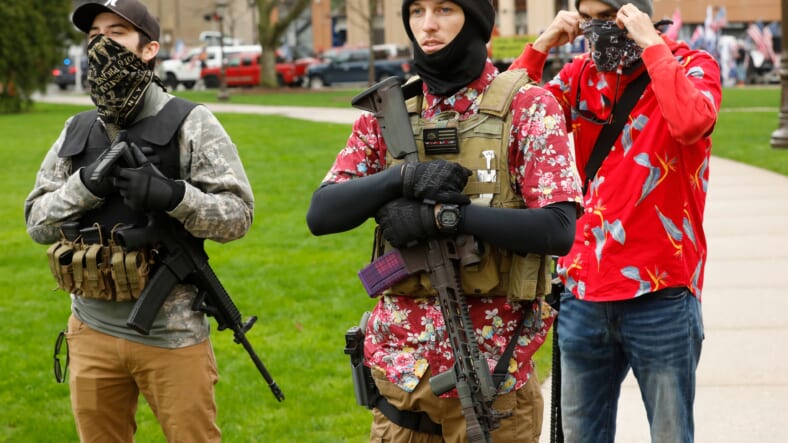 In a video posted to activist Rob Gill‘s Twitter account, the protestors can be heard yelling “Let us in!” and “This is the people’s house, you cannot lock us out!” as they brandish firearms and hold signs in the statehouse. Many members of the crowd are pictured in “Make American Great Again” campaign hats and American flags.

This is America in the age of Trump. pic.twitter.com/tLWR2bvjtR

Michigan United for Liberty organized the event in an effort to get legislators to open up businesses that have been shut down due to the virus.

At the time, the Michigan legislature had gathered to vote on Governor Gretchen Whitmer‘s request to extend the state of emergency, which grants her certain powers during a time of crisis, for 28 more days.

The House ultimately decided not to approve Whitmer’s request, and instead passed a resolution authorizing the Speaker of the House to commence legal action on behalf of the House, according to local news outlet WILX 10.

Thursday’s protest, dubbed the “American Patriot Rally,” is the latest in a string of demonstrations that have occurred in Michigan since the COVID-19 crisis has emerged. 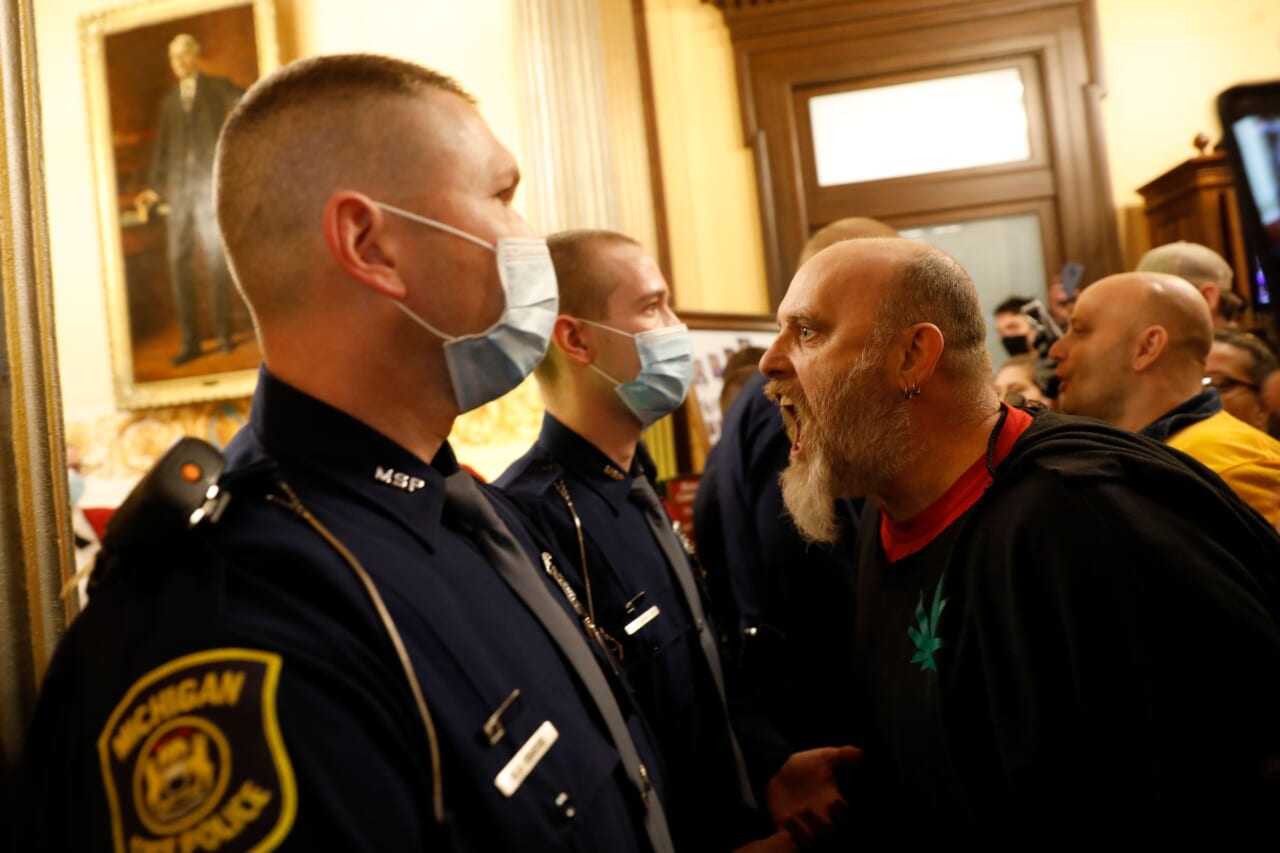 Protestors try to enter the Michigan House of Representative chamber and are being kept out by the Michigan State Police after the American Patriot Rally organized by Michigan United for Liberty protest for the reopening of businesses on the steps of the Michigan State Capitol in Lansing, Michigan on April 30, 2020. (Photo by JEFF KOWALSKY/AFP via Getty Images)

Demonstrators took to the streets in April to speak out against Whitmer’s stay-at-home mandate, which was extended earlier this month until May 15. The demonstration, known as “Operation Gridlock,” was met with both adulation and criticism from the public.

Whitmer, meanwhile, has faced backlash from Republicans, including President Donald Trump, for her no nonsense approach to the pandemic. Michigan currently has more than 41,000 cases of coronavirus, with 3,789 lives lost.

Detroit, the state’s largest city, has been especially impacted by the virus, with more than 8,500 infections reported. Of those cases, Black people account for more than 64 percent of them, according to AP. Almost 77 percent of the Detroit residents who have died from coronavirus complications have been Black.