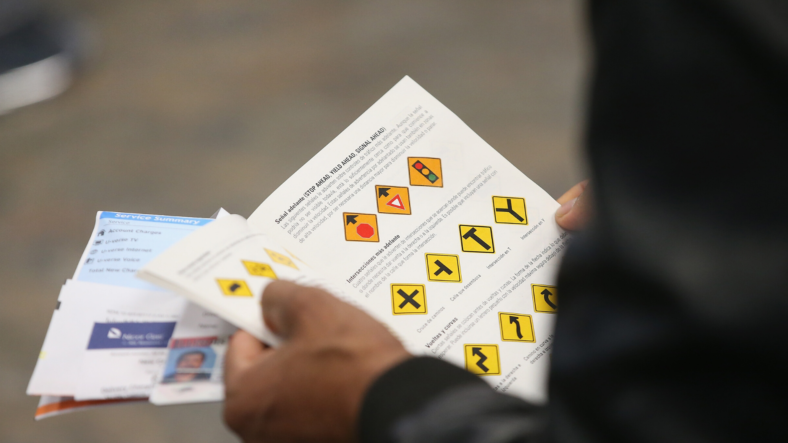 In a new executive order, Georgia governor, Brian Kemp has suspended the requirement for road tests for newly-licensed drivers.

The governor states that provided individuals meet all other requirements, residents who have instructional permits can qualify for a driver’s license without the “comprehensive on-the-road driving test.”

The relaxed rule means that until the expiration of Georgia’s Public Health State of Emergency on May 13, teens can get their licenses without having to get in a car with a test administrator.

The governor further explained that social distancing guidelines make it impossible for an instructor to conduct a road test in the same vehicle with an applicant and still keep their distance.

ATLANTA, GA – JANUARY 29: Cars drive along Interstate 75 in icy conditions January 29, 2014 in Atlanta, Georgia. Thousands of motorists were stranded, many overnight, as a winter storm dropped three inches of snow, and ice made driving hazardous. (Photo by Scott Cunninghaml/Getty Images)

Stormi Kenney who owns a driving school in the state told Fox5 Atlanta, that “during these unprecedented times, the Department of Driver Services is trying to make it as easy as a process for people to get their license and to lessen the burden on people right now.”

New drivers must still meet all other requirements including 40 hours of supervised instruction. Anyone over the age of 16, who has a permit and has completed the other requirements will be able to exchange their permit for a license online.

Kemp was one of the first governor’s to take decisive moves to “reopen” his state. Last week, the governor reopened hair salons, gyms, and tattoo parlors. The decision was rebuked by President Trump. Restaurants were also allowed to reopen in the state this week.

After the angry admonition from the president, other governors have signaled that they intend to move slower in reopening.

South Carolina’s governor, Henry McMaster, plans to extend restrictions to the state after previously opening beaches and some businesses. Florida’s governor, Ron DeSantis, a Trump supporter, has also said that he is not ready to give a specific date on when he will restrictions telling reporters on Sunday that he wants to “do everything in the right way.”