Moody has spent the past eight years as global entertainment and lifestyle editor at the Associated Press. 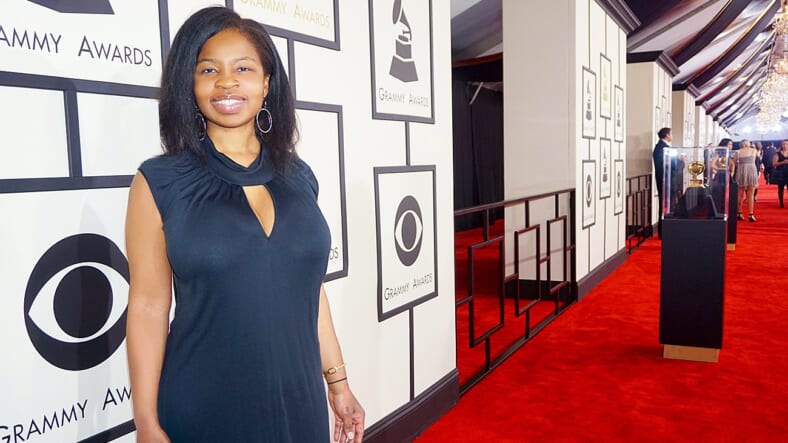 The Hollywood Reporter has named Nekesa Mumbi Moody as its new Editorial Director, a history-making move that makes the veteran journalist the first Black woman to take on the top editorial role at the prolific outlet.

Moody has spent the past eight years as global entertainment and lifestyle editor at the Associated Press, commanding a team of 40 journalists for the wire service. Before that, she served as the AP’s music editor from 2002 to 2012. She was the first journalist to report the tragic death of Whitney Houston and the first to confirm Prince’s death as well.

“The Hollywood Reporter has consistently produced some of the most important, informative and revealing stories about the entertainment industry. I’m thrilled to join and look forward to building on the incredible work of its journalists as Hollywood finds itself facing new challenges amid historic change,” she said in a statement.

“Nekesa is an incredibly smart, well-respected journalist and seasoned leader who can confidently shape the next chapter of this venerable brand and we are proud to welcome her to The Hollywood Reporter,” said Deanna Brown, president of Billboard-The Hollywood Reporter Media Group.

“Nekesa is a brilliant journalist and we are fortunate to have her lead The Hollywood Reporter, where we know she will set a high bar for the work we do, as well as the way we do it,” said Valence Media co-CEOs Modi Wiczyk and Asif Satchu. “We have enjoyed getting to know her and have found her to be strong, generous of spirit, and the type of leader who wants to see her teams excel and grow.”

Nekesa Moody will relocate from New York City to Los Angeles and begin her new gig on June 15.