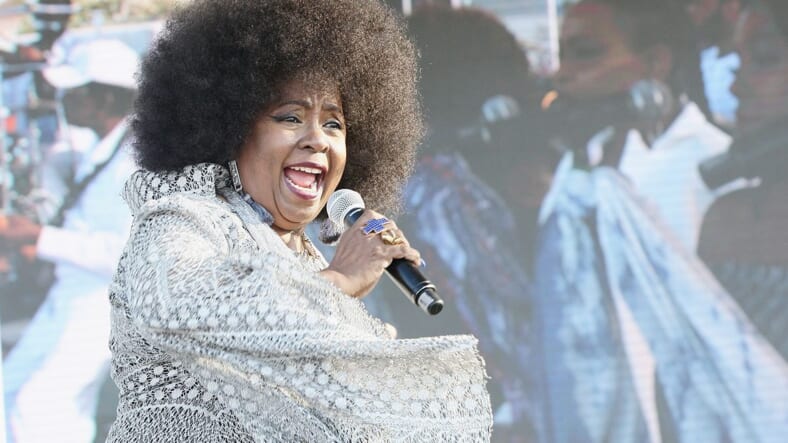 Betty Wright, a Grammy Award-winning soul singer, has passed away at the age of 66.

The news of her passing was confirmed by the hitmaker’s niece, according to Heavy.com. Wright, whose music was celebrated for telling stories that were mature and about learning hard lessons, is best known for “Clean Up Woman,” “Tonight is the Night” and “No Pain, No Gain.”

While the cause of her death has yet to made public, singer Chaka Khan had posted to her social media roughly a week ago that Wright was “in need of all your prays.”

Calling all my #PrayWarriors | My beloved sister, Betty Wright @MsBettyWright, is now in need of all your prays.
“Que Sera, Sera | Whatever Will Be, Will Be”
In Jesus Name We Pray for Sister Betty
All My Love Chaka pic.twitter.com/krQcfWFl5r

Wright was born Bessie Regina Norris on December 21, 1953, in Miami. She began her career as a teenager.

The first of a string of Billboard-charting songs came at age 15 when “Girls Can’t Do What The Guys Do” broke into the Top 40 in 1968. She scored her first gold hit with “Clean Up Woman,” which reached the Top 10 in 1972, before her 18th birthday.

Betty Wright attends the GRAMMY U Conference at Gibson Guitar Showroom on April 7, 2018 in Miami, Florida. (Photo by John Parra/WireImage)

She continued with a run of R&B hits throughout the 1970s, including “Tonight is the Night,” “Let Me Be Your Love Maker,” and the Grammy-winning “Where is the Love,” a collaboration with KC and the Sunshine Band.

After a dry spell through most of the 1980s, Wright closed out the decade with the hit single “No Pain, No Gain.” She remained active for the balance of her career, becoming one of the music industry’s most in-demand vocal coaches for stars like Jennifer Lopez and Angie Stone.

In 2012, she won another Grammy for her collaborative album with The Roots, Betty Wright: The Movie. She was a collaborator and mentor to many hip-hop acts, most from her native Florida, such as Rick Ross, DJ Khaled and Trick Daddy.