Raven-Symoné saved all of her ‘Cosby Show’ money

The actress impressed social media with her financial savvy 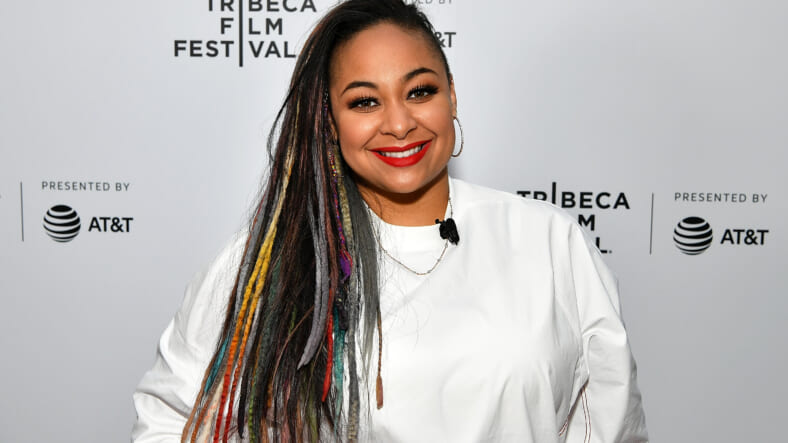 Raven-Symoné started on The Cosby Show at just 3-years-old, staying on the show for three seasons until the show’s finale in 1992. Now 34, Symoné says the show provided her with a nest egg that she’s never had to use.

She went on to star in the Disney hit That’s So Raven, which was once the highest-rated show on the network. Symoné told a fan on her Instagram Live that she’s never touched the money, the AJC first reported.

Raven-Symoné joined The Cosby Show in 1989 at 3 years old. Today, she STILL generates money in residuals/royalties from the show.

However, did you know that due to her other roles in TV, movies, music & etc. she has NOT spent ANY of her Cosby show money & still has it saved?? pic.twitter.com/BQDrWnIBrZ

Symoné starred on 66 episodes of The Cosby Show between 1990 and 1992. Like any TV show stars, she’s received residuals as well as her original earnings on the show. It was one of her first acting roles.

From there, she appeared on Hangin’ With Mr. Cooper and became a Disney franchise star on That’s So Raven, starred in The Cheetah Girls, spent time as one of the panelists on The View (where she came out as a lesbian in 2016) and now stars on Raven’s Home a reboot of her Disney young adult show focused on the character as an adult.

Symoné has had her public missteps (once saying she didn’t consider herself African-American) but in her public life has avoided the big scandals and major downfalls of other child stars. That includes her former That’s So Raven co-star Orlando Brown who has been arrested multiple times and has made incoherent social media posts including accusing other stars of sexual assault and more.

Symone, an Atlanta native who grew up in New York, can credit her parents, Lydia Gaulden and Christopher Pearman who guided the young star through multiple fame minefields avoiding the financial exploitation that has plagued some child stars and their parents. Twitter found Symoné’s admission impressive.

Shout out to Raven-Symone’s parents.

We don’t talk enough about how the biggest cause of child actors going broke are parents spending their money.

Raven’s hustle is unmatched (obviously outside of Beyoncé). I won’t even start on her CV because it’s past a resume. Ima just say, I’m not surprised she hasn’t touched it. There isn’t a need. I love it!

Symoné shared a pic of her mother and brother on Mother’s Day.

She’s spent much of her time in quarantine doing Instagram Lives with fans and colleagues in the entertainment industry. In a memorable one, she and Kiely Williams addressed their feud back when they were both Cheetah Girls.