While reflecting on the murder, the radio host said, 'I wish he could have defended himself against those thugs, those goons, those terrorists' 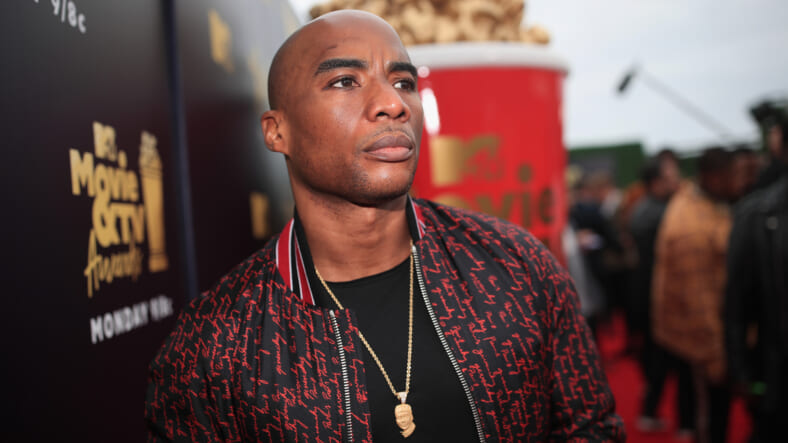 The Breakfast Club host and media personality, Charlamagne tha God shocked a panel on MSNBC when he advocated for Black Americans to purchase legal firearms in response to the Ahmaud Arbery murder.

While discussing the slaying of Arbery on Weekends with Alex Witt, the radio host said, “I wish that brother had a gun on him while he was jogging so he could have defended himself against those thugs, those goons, those terrorists.”

Charlamagne went on to say that Gregory McMichael and Travis McMichael, “hunted (Arbery) down like he was a deer.”

Arbery was killed on Feb. 23 when the two men claimed they were trying to make a citizen’s arrest after suspecting Arbery was the culprit behind recent break-ins in their neighborhood. Police have said that there were no reported robberies in the area in the previous seven weeks.

An impassioned Charlamagne continued by saying, “I would also tell all my brothers and sisters out there to go buy yourself a legal firearm and learn how to use it … so you can protect yourself and your family.”

He added, “I think when you are a Black person in America, owning a legal firearm is a form of self-care.”

His words seemed to stun Alex Witt, the host of the show, who implied that armed Black people would use guns to attack whites. “That,” she said, “may not turn out well in the big picture.”

Charlamagne quickly corrected her, “I didn’t say people should use their guns and go out there and attack.”

The “Shook One: Anxiety Playing Tricks on Me” author went on to say, “People should own legal firearms so they can defend themselves against these kinds of attacks.”

Rev. Al Sharpton, who was also a guest on the show, disagreed with Charlamagne.

The National Action Network founder stated, “Many of us, that are committed to nonviolence, our problem is not people feeling they should get a gun. Our problem is people that will not enforce the law.” He advocated instead for changes to the justice system.