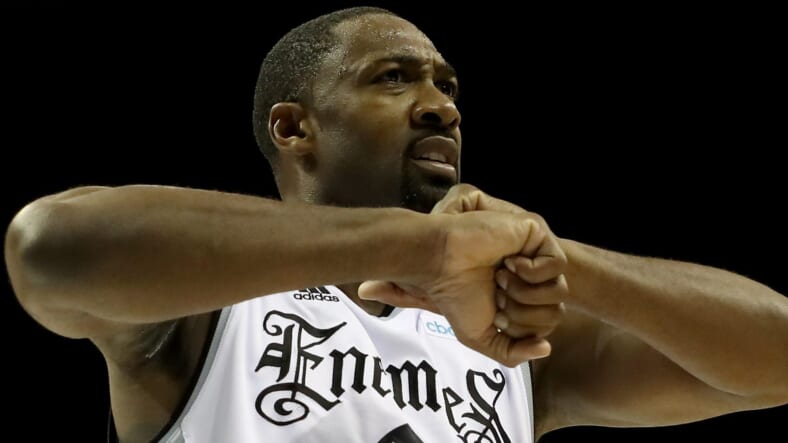 Big3 baller and former NBA player Gilbert Arenas claims he is $300,000 richer thanks to the help of a homeless man.

READ MORE: ‘The Last Dance’ was Jordan’s last shot and he totally missed the mark

The former Washington Wizards All-Star, who has amassed more than $160M through lucrative NBA contracts, shared an Instagram post on Saturday detailing how he won the Powerball with an unlikely assist.

On May 12, he rushed out of his home to play the numbers at his favorite gas station before closing time. He soon realized that not only was his car almost out of gas but that he only had $10 on him since he left his wallet at home.

That’s when his fortunes took a turn after a homeless man approached him asking for change.

“my first thought was ?PHUCK I don’t have time for this shit today? so I said mannn I have $10 for some gas and that’s it,I have 8 mins to get to the other gas station to play my numbers before it’s to late? he says u can play here,” he wrote.

Arenas went on to recount how his favorite gas station let him push the buttons and the man asked him how far he was going. His conversation then turned into one about how much time he had left to make his lottery bid before the deadline.

“I was only going to CALABASAS which was 7 mins away but lied and said Thousand Oaks which was at least 16 mins away so before he did the math on everything I said ” 8 mins before the cut off but it’s 16 mins away” I said listen I’ll just use $5 dollars for gas and u can have the other $5,” he continued with his post.

The man was concerned that Arenas would not have enough money for his gas and to keep the money on one condition: that the 38-year-old baller would pay him back later.

Arenas arrived at his favorite gas station but they were closed. However, he soon got a text informing him that he’d won the second prize place in the California Mega Millions.

“I went to the gas station later that day to play powerball that was later that night and the owner runs out saying YOU WON i texted u ? I said huh I didn’t play yesterday..he said I played ur numbers for u becuz I was closing early and u WON,” he posted.

Arenas believes that the homeless man’s good will and conviction helped deliver the luck that made him a winner. He added that he kept his word to the man and gave him a cut of the jackpot. Arenas declined to say how much exactly but said the man was happy for what he did receive.

READ MORE: Showtime to premiere ‘Basketball County: In The Water’ from Kevin Durant

“He jumped up and hugged me for 5 mins crying and then started to pray? I’ve given back to the homeless BUT never was blessed by one ??? his good hearted gesture of me making it back home blessed that ticket.”