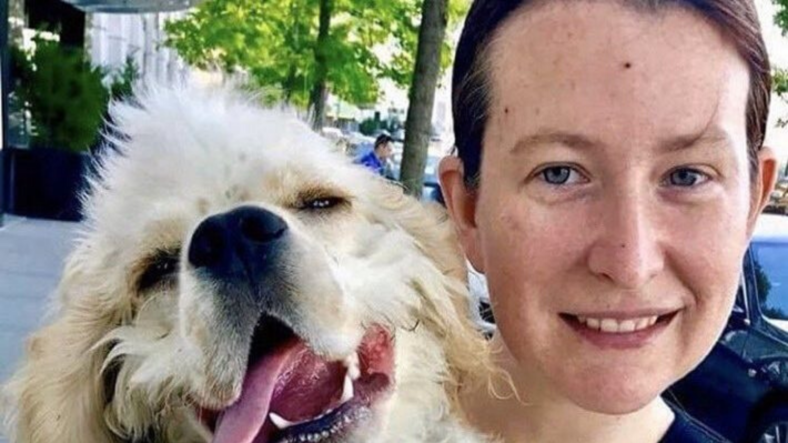 Amy Cooper said that she wants to “publicly apologize to everyone,” after she weaponized the police against a Black man who asked her to leash her dog in Central Park.

“I’m not a racist. I did not mean to harm that man in any way,” she said in a statement to CNN, adding that she also didn’t mean any harm to the African American community.

She did not acknowledge Christian Cooper by name.

As theGrio reported Monday evening, Christian Cooper, no relation to Amy, was out bird-watching in an area of the park called “The Ramble.” According to the Central Park website, The Ramble is often noted for its bird watching opportunities, where birdwatchers can catch a glimpse of some of the approximately 230 species found in the woods.

Because of that, dogs are to be on a leash at all times in the area.

Christian began to record as the encounter began to escalate. In a Facebook post shared by both he and his sister Melody Cooper, the woman demanded that he stop filming her. She then told him that she was going to call the police and falsely tell them that an African American man was threatening her life.

The viral clip showed her then backing away from the man and making good on her threat to weaponize the police against him.

The woman then raises her voice as if she were in imminent danger while on the phone with police and begs for help to be sent right away.

“I am being threatened by a man in The Ramble!” she screamed. “Please send the police immediately!”

In her statement to CNN, Amy continues to assert that she felt threatened. “I think I was just scared,” she said. “When you’re alone in The Ramble, you don’t know what’s happening. It’s not excusable, it’s not defensible.”

Amy Cooper has been placed on administrative leave by her employer, investment company Franklin Templeton.

“We take these matters very seriously, and we do not condone racism of any kind. While we are in the process of investigating the situation, the employee involved has been put on administrative leave,” the company’s statement read.

She also surrendered her dog back to the Abandoned Angels Cocker Spaniel Rescue where she adopted him several years ago, while the matter is being investigated. In the video, she is seen jerking and choking the dog.

Asked if he’d accept her apology, Christian Cooper told CNN he would “if it’s genuine and if she plans on keeping her dog on a leash in The Ramble going forward, then we have no issues with each other.”