The 90's R&B stars got together to soothe souls with their music. 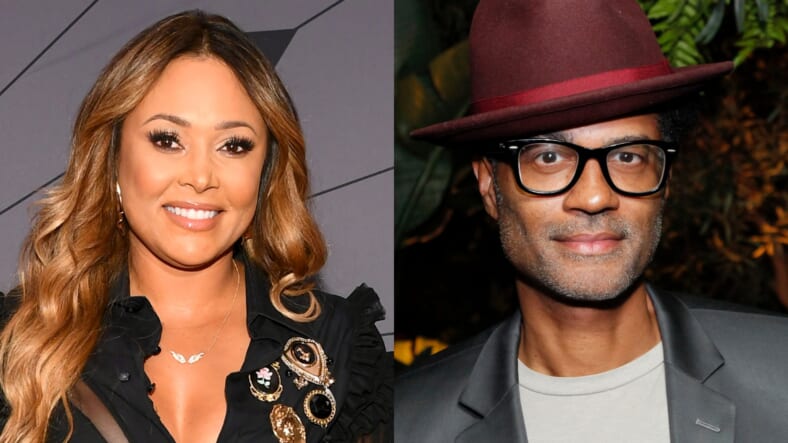 In a world where bad news has led daily since Kobe Bryant was killed with eight others in a tragic helicopter accident in January, we needed some solace. Fortunately Instagram Live has provided it. When the live music industry was shuttered in mid-March as the coronavirus pandemic upended the world, musicians who spent much of their time on the road were forced to regroup.

Hitmaking producers Swizz Beatz and Timbaland created the popular ‘Verzuz’ series which has featured battles between producers like Teddy Riley and Babyface and vocalists like Jill Scott and Erykah Badu. A recent battle between Jamaican music superstars Beenie Man and Buju Banton was one of the series’ most popular yet. But as popular as the series is, it’s been fraught with technical glitches and copyright issues.

D Nice has also been winning taking his Club Quarantine deejay sets from his apartment in Los Angeles to spinning for a few friends, then watching it blow up to hundreds of thousands of listeners and taking it on the road for a socially distanced set with first responders in Miami.

Other artists have tried to go live with varying results but one of our faves has been the recent duet between 90’s R&B stars Tamia and Eric Benet. The now grown and sexy musicians did a sweet version of their 1999 hit “Spend My Life With You.”

It’s been a while since my friend @realtamiaworld and I got together to sing one of our favorites ❤️ happy date night to all the lovers out there. This whole thing happened because our mutual brother/friend @tyrese asked Tamia and to surprise his beautiful wife @lovesamanthalee on a very special #datenight it was very much our pleasure my brother! by doing a favor for a friend , I think we made some R&B history! #SpendMyLifeWithYou #Tamia #TamiaHill #EricBenet

The classic duet went gold (sold 500K copies) for Tamia and Benet, sitting on top of the Billboard Hot R&B/Hip-Hop Songs for three weeks. It was on Benet’s second studio album “A Day In The Life” that also went gold and features another classic duet “Georgy Porgy” with Faith Evans. We want to see that happen, too.

Tamia, who was discovered by Brenda Richie got her big break recording for Quincy Jones’s Qwest label and scored several hits including “You Put a Move On My Heart” “Missing You” with Brandy, Chaka Khan and Gladys Knight, “Into You” with Fabolous and “Stranger in My House.”

Benet who was once married to Halle Berry, has been married to Manuela Testolini, Prince’s second ex-wife, since 2011.

HASHTAG BLESSED! So proud of my amazing wife and the example she sets for our younglings…and younglings all over the world! #iapwhonors #blessed @perfectworldfdn @manuelatestolini

And Benet, who like many quarantined celebrities is rocking a grey beard lately, had the epic clap back for fans who wondered “what happened” to him.

After my last post, I’m getting a lotta “Damn what happened to Eric Benèt?” comments. Im like 30 years happened nucca!! Lemmie see what yo’ soda drinking, chicken McNugget eatin’ ass look like at 53yrs old! ??

(Side note: We saw him live before the pandemic hit and we can confirm he’s still Zaddy status to us).

And while it doesn’t appear that there was a video ever made for “Spend My Life With You” (why?) there is one for Tamia’s “Stranger In My House” so for nostalgia’s sake, you can watch it below.