The power forward is currently immeshed in a legal tug of war brought on by dueling lawsuits between the athlete and the marketing agent he reportedly once signed a deal with before opting to back out.

Blue Telusma
Zion Williamson #1 of the New Orleans Pelicans sits on the bench during their game against the Golden State Warriors at Chase Center on February 23, 2020 in San Francisco, California. (Photo by Ezra Shaw/Getty Images)

New Orleans Pelicans player Zion Williamson has filed for a protective order against what he believes are “invasive” and “irrelevant” discovery requests about his time at Duke University.

According to Daniel Wallach of The Athletic, the power forward is currently immeshed in a legal tug of war brought on by dueling lawsuits between the athlete and the marketing agent he reportedly once signed a deal with before opting to back out. 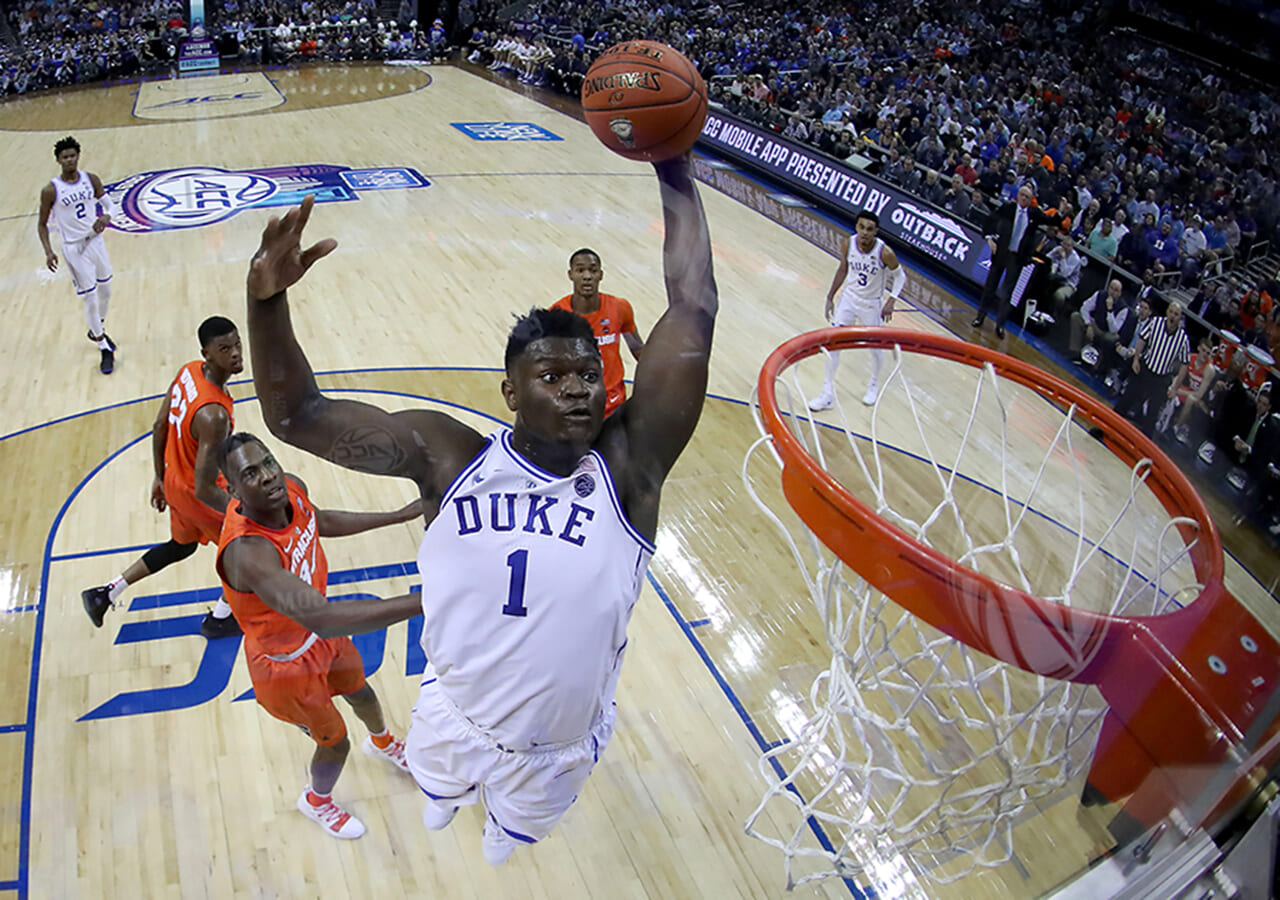 Zion Williamson #1 of the Duke Blue Devils dunks the ball against the Syracuse Orange during their game in the quarterfinal round of the 2019 Men’s ACC Basketball Tournament at Spectrum Center on March 14, 2019 in Charlotte, North Carolina. (Photo by Streeter Lecka/Getty Images)

Yahoo reports that Gina Ford, the president of Prime Marketing Sports, has filed a $100 million lawsuit claiming, “Williamson signed a five-year deal for her company to represent him in marketing negotiations days after he declared for the 2019 NBA draft. A month later, an email was reportedly sent to Ford saying the agreement had been canceled after he signed with mega-agency CAA Sports.”

At the beginning of May, Ford also served requests asking the former Blue Devils star to admit he received, “money, benefits, favors or other things of value” to attend Duke University. She also wants him to admit that he knew his mother, Sharonda Sampson, and stepfather, Lee Anderson had “received gifts and economic benefits from persons acting on behalf of Duke University (directly and/or indirectly) to influence you to attend” the school.

BREAKING: Zion Williamson files for protective order against ‘invasive' and 'irrelevant' discovery requests, seeks court order to block Gina Ford’s inquiry into past eligibility at Duke and whether he received any improper economic benefits. pic.twitter.com/7GM4Hppyp7

In response, he’s launched a multi-faceted legal defense in which he made a counterclaim that Ford fraudulently exaggerated her credentials while courting him as a client. His legal team is also alleging that Prime Sports is neither certified by the National Basketball Players Association or considered a registered agent in North Carolina and Florida.

But despite his efforts both Ford and Prime Sports assert, “Ford hopes Williamson will pay a hefty price for what she depicts as Williamson and CAA conspiring to steal her work and brazenly breach a contract that Williamson had willingly signed.”