Chicago Mayor Lightfoot on Trump tweet: ‘What I really want to say…begins with F and it ends with U’

Lori Lightfoot says she has only 'two words' for Trump.

Chicago Mayor Lori Lightfoot is not holding back when it comes to her thoughts on President Donald Trump‘s tweet about protestors.

The 57-year-old Chicagoan criticized the president during a press conference on Friday for tweeting that George Floyd protestors were “thugs.”

“He wants to show failures on the part of Democratic local leaders, to throw red meat to his base,” Lightfoot said about Trump’s inflammatory remarks. “His goal is to polarize, to destabilize local government and inflame racist urges. We can absolutely not let him prevail. And I will code what I really want to say to Donald Trump. It’s two words. It begins with F and it ends with U.”

When asked later if she should have used different language during her press conference, Lightfoot doubled down on her statement, explaining that the Black community is in a place of hurt.

“I don’t take the bait every time, but this time, when we are suffering pain and trauma at the killing of a Black man in the street, to try to, for political gain, and blow the dog whistle to his base—I’m a black woman, and a leader, and I feel an obligation to speak out when something as offensive as that is said by anyone, but particularly the president,” she said. “And I make no apologies whatsoever for my word choice, and the way in which I’m calling him out for what he said.”

The mayor’s comments came just a few hours after Trump called for violence against protestors in a series of tweets. 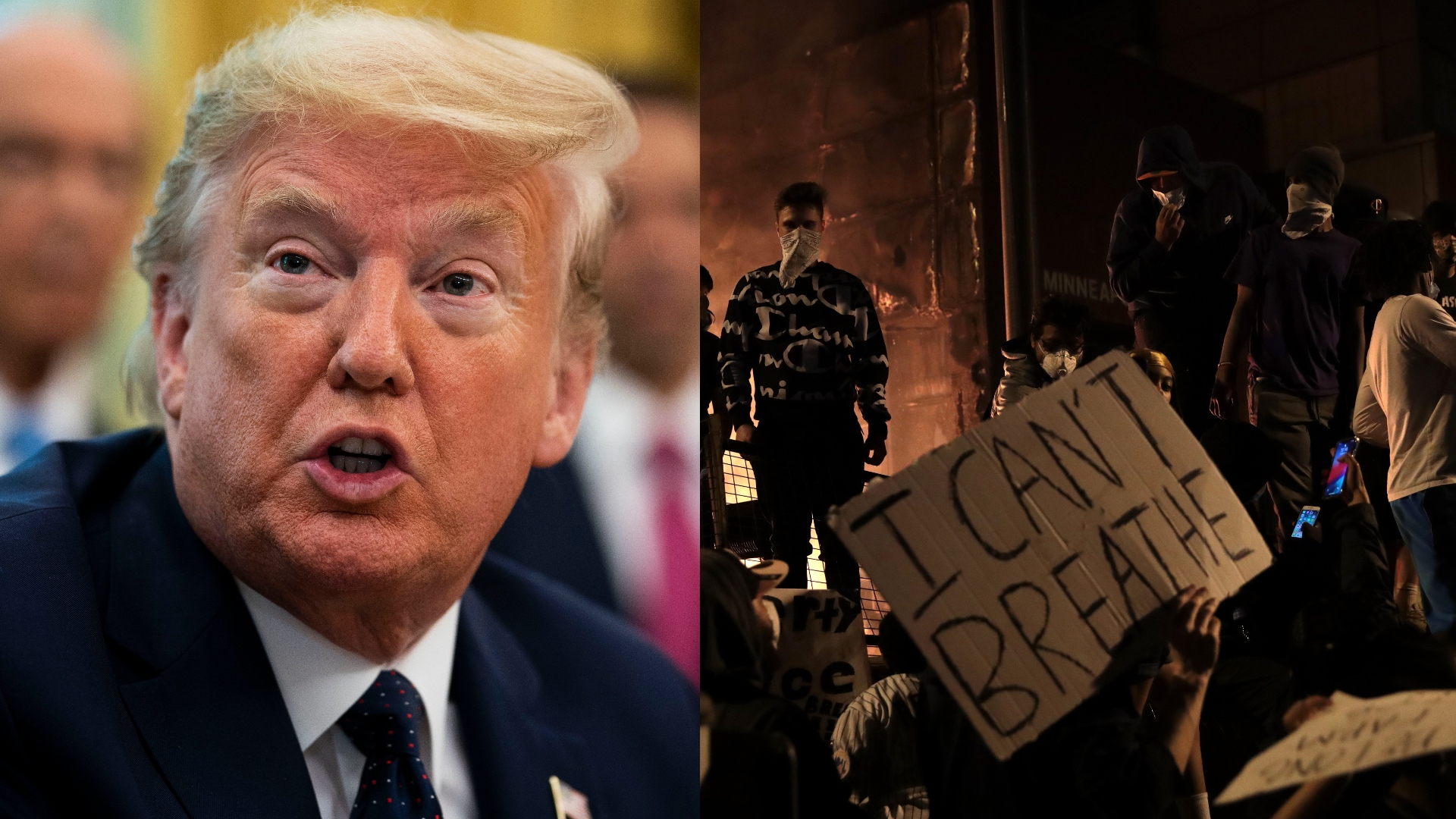 “I can’t stand back & watch this happen to a great American City, Minneapolis. A total lack of leadership,” he wrote early Friday morning. “Either the very weak Radical Left Mayor, Jacob Frey, get his act together and bring the City under control, or I will send in the National Guard & get the job done right…..”

Trump went on to say that the protestors were “thugs” dishonoring the memory of Floyd and that “when the looting starts, the shooting starts.”

Protestors have taken to the streets to demand justice for Floyd and Breonna Taylor, who were both killed by the police in Minneapolis and Louisville, respectively.

Several protests have turned into riots, with some individuals burning down buildings and firing off shots during the commotion. The 3rd Precinct in Minneapolis was burned down on Thursday night and seven people were shot during a protest in Louisville.

The demonstrators, the majority of which have been peaceful, have been met with tear gas and the threat of arrests from police and the National Guard, who were deployed in Minneapolis by the Minnesota Gov. Tim Walz on Thursday.