CNN anchor urges stars like Oprah, Diddy and Tracee Ellis Ross to get out of their mansions and stop 'worrying about your reputation and brand' 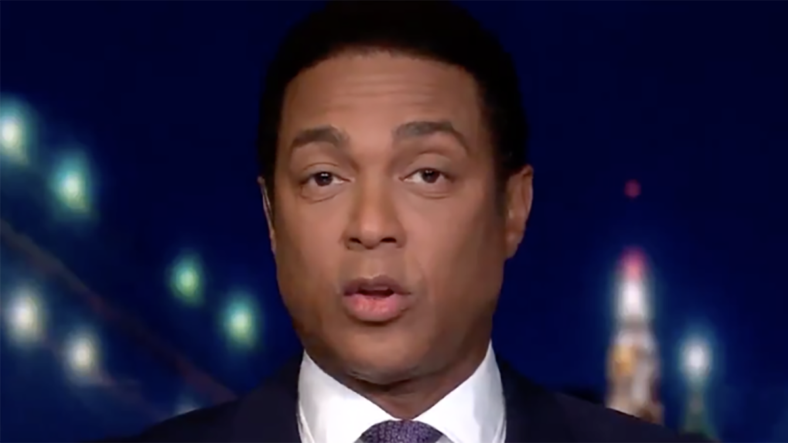 CNN anchor Don Lemon apparently has had enough of Hollywood’s silence on the string of demonstrations across the country in protest of George Floyd‘s death and ongoing police brutality against Black Americans.

On Saturday night while covering the intense protests in cities like Minneapolis, where Floyd was killed, New York City and Los Angeles — the home of Hollywood’s biggest names — Lemon questioned why so few celebrities have publicly come out to say something.

“What about Hollywood?” asked Lemon who said that Tinseltown was “strangely quiet.”

“I see them on Twitter saying, ‘oh, I’m loving what Don’s doing’ … but they got to do more than that. Especially Black celebrities and Black leaders — and white celebrities,” Lemon said as CNN’s news feed displayed a Starbucks store in Los Angeles set ablaze.

“Yes I’m calling you out. You can be mad at me all you want,” he added. “You’re sitting there and you’re watching TV and you’re bitching about it and you’re saying, ‘oh my god, I can’t believe this is happening. What’s going on?'”

“What about Hollywood? Strangely quiet,” says @donlemon. “Why aren’t they helping these young people? These young people are out there standing on a platform on the edge of an abyss by themselves.” https://t.co/1gRDHHL91h pic.twitter.com/Iu42mIV9L3

Getting more personal, Lemon said “stop texting me and asking me, ‘oh my god, Don, what is happening to our country?’ Get on television and do something and help these young people instead of sitting in your mansions and doing nothing and have some moral courage and stop worrying about your reputation and your brand.”

Apparently not through with his tough-love message to his celebrity friends, Lemon decided to go one step further by calling out a few celebrities by name.

Clarifying why he was calling them out, Lemon said the country needs their “visibility in helping to speak out for these young kids. And you may be doing something that I don’t know about, and if you are then I apologize.”

The always vocal journalist then went on to drop a few more names from Hollywood who he’d like to see step up.

READ MORE: Don Lemon slams Trump over George Floyd: no one wants to hear from you

Making his point clearer, Lemon pointed that even Beyoncé — arguably the most famous person in the world — issued a statement on George Floyd’s death and urged for people to take action through a petition.

“Beyoncé released a message, you can’t?” he said.

Within minutes, Don Lemon’s name became a trending topic on Twitter — largely due to thousands of tweets praising him for his candor.

See some of the reactions below.

Don Lemon is absolutely right. We live in a celebrity driven culture. Use your platform wisely and stand up for your people.

On live TV, Don Lemon really called out his friends Oprah, Tracee Ellis Ross, Ellen, Drake, Tyler Perry, Diddy, Anthony Anderson and said “stop worrying about your “brand” and get out on the street and do your part.” pic.twitter.com/9lZKpXn0lG

Don Lemon calling out Oprah, Ellen, Tracee Ellis Ross, Jane Fonda and more…saying some of them hit him up privately but dont speak up against what's happening publicly pic.twitter.com/sIcR53jLrt