Realizing my Blackness before my queerness in wake of George Floyd

OPINION: Ian L. Haddock says the pattern of racial violence in America has awakened his understanding of his identity as a Black, gay man 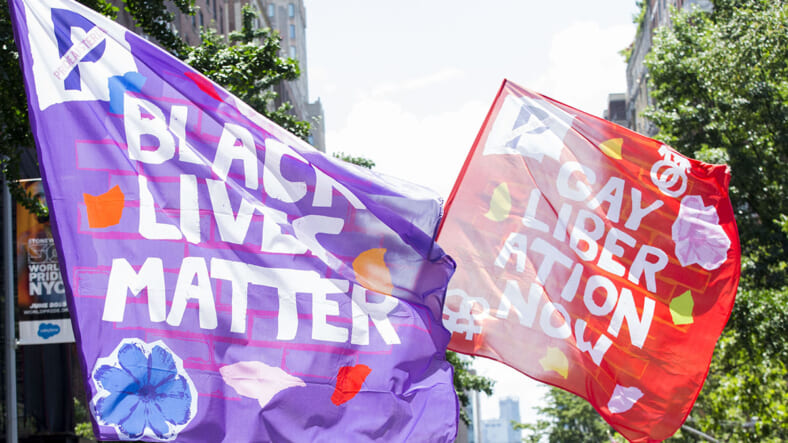 Pride month in the midst of the anger of Black bodies being murdered at the hands of the police has me in deep thought. It was four years ago when my eyes were opened to the injustice of police brutality.

Coincidentally, it was about a month after the Pulse Orlando massacre where an extremist had come and killed at least 50 people in a gay club. I was walking in a peaceful protest wondering how the hell did this country get here days after Philando Castile and Alton Sterling had been murdered at the hands of the police.

READ MORE: Philando Castile’s mother speaks out on George Floyd: ‘Why no one is being accountable?’ 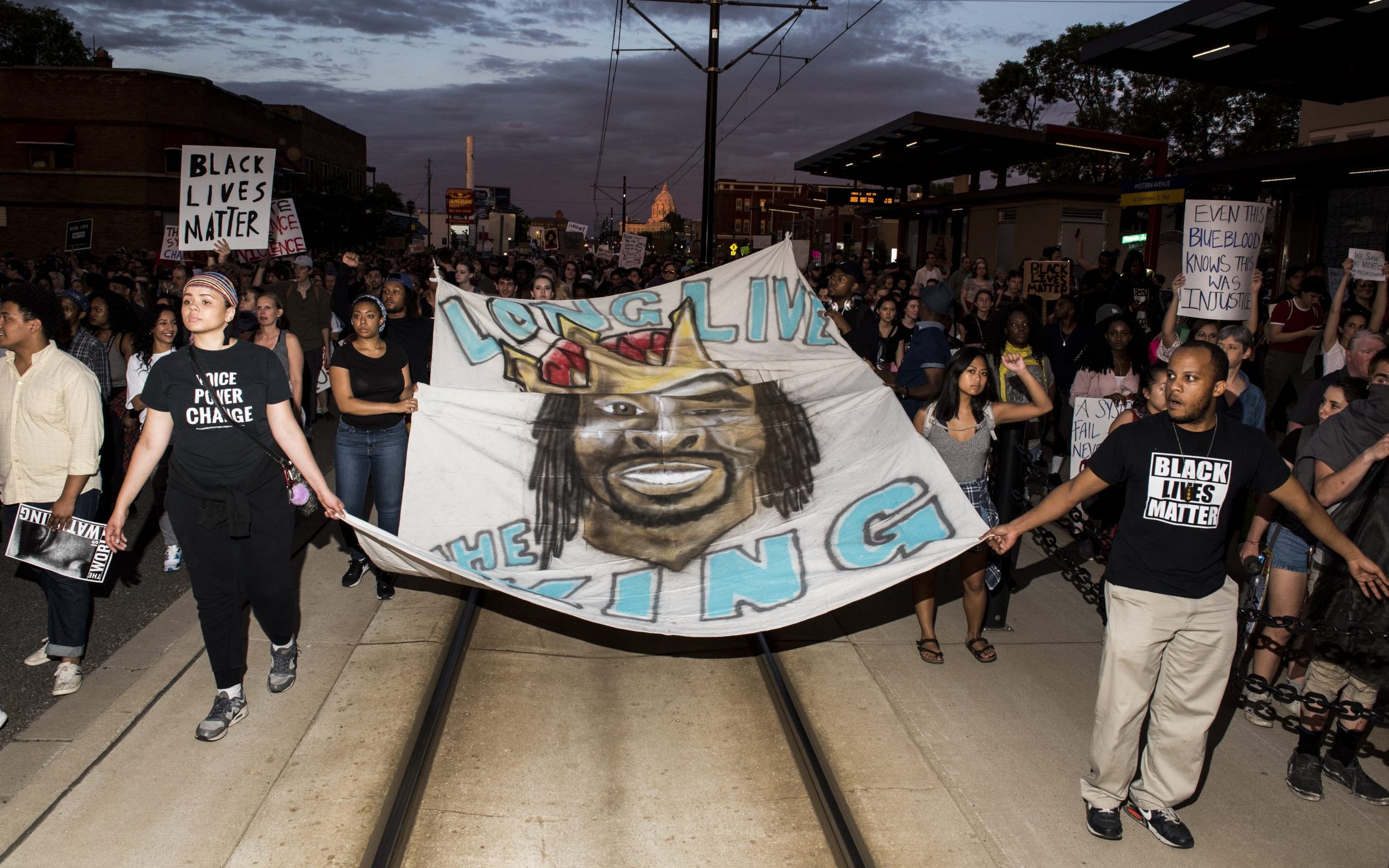 These events happening so close to each other had me interrogating where I stood in the world. Though the Pulse Orlando shooting was not at the hands of the police, I noticed the dissension that took place between my Black and Brown heterosexual communities with some insinuating that this was divine order and a wake-up call to the “abominables.”

It was as if our bodies were reduced in value because of sexuality, but I still showed up that day to support and help out any way that I could at this protest — led by a hometown Black, queer activist, Ashton P. Woods — to show solidarity and lift up the fallen.

This vigor toward advocating these injustices, for me, didn’t last long before I found myself numb. Six months later, Chyna Gibson — a Black transgender woman — had been murdered in New Orleans, her hometown. Black transgender women continued to be murdered pretty consistently with rarely any media attention or conversations from the general community.

I had gotten tired of being a part of a conversation where I saw myself needing to support the movement against police brutality for my Blackness, but practically have perpetrators applauded when it was someone’s sexuality or gender identity that played a part in their demise. 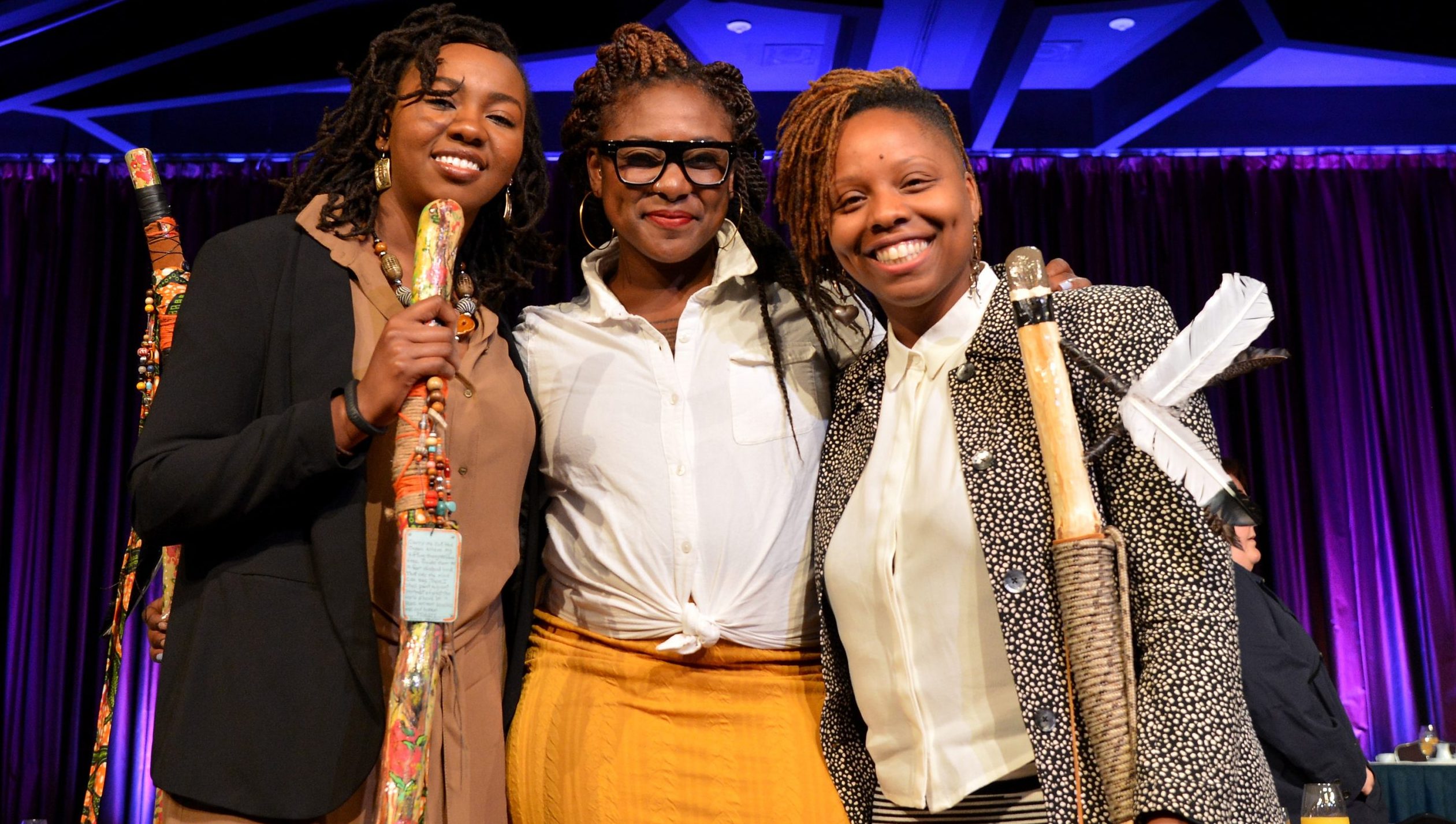 This numbness lasted for several years with me finding myself staying away from videos of police brutality and the conversations that surrounded them. As a Black, gay man, I was still struggling to find acceptance within the Black community and didn’t want to have to present myself in a diluted way nor my work be erased from history like Bayard Rustin or Dr. Walter Charles Law to fit in with the justice movements of today. 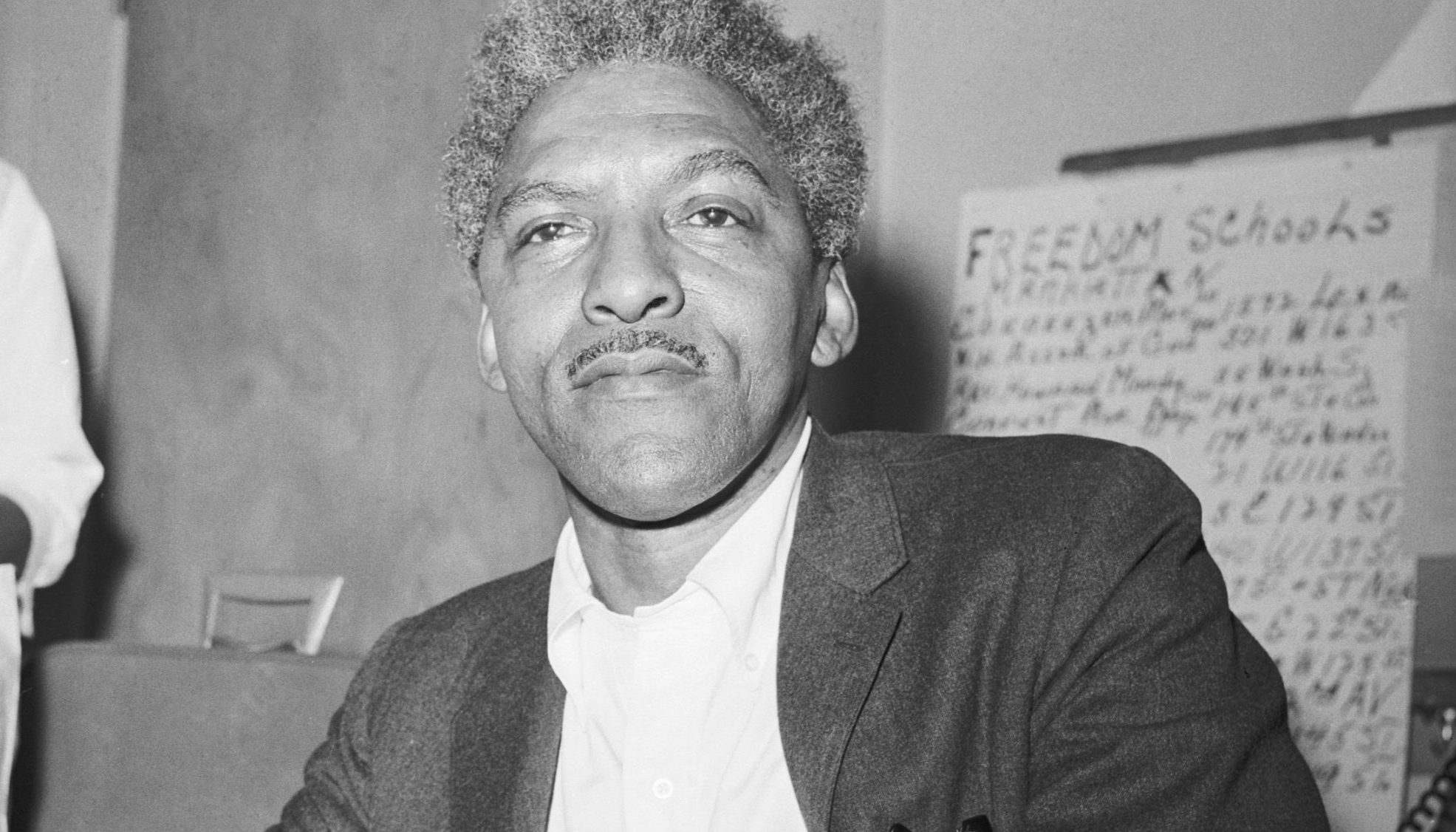 I didn’t want to think about those injustices when the very community I lived in was turning in on itself.

Like the morning after Philando Castile was killed at the hands of police, you couldn’t escape the conversation happening everywhere you turned. I woke up to George Floyd’s death mixed with Amy Cooper threatening to call the police for no reason, and it hit differently.

Whether you moved to a mostly Caucasian state in the Midwest or you participated in what some would call White-adjacent “cultured” activities like bird watching, you could be in danger of losing your life. It didn’t matter if you were in your home like Breonna Taylor or at the park barbecuing with Becky calling the cops, you just aren’t safe if you’re Black.

This awakening is complex for me and has me having moments of depression, crying, shame and fear. After all, I am Black, but being gay is an important part of my intersection, too.

It feels unreasonable to have been numb for so many years while people that look like me are being slain in the streets. At the same time, the reality is that some of these very same people would’ve likely overlooked same-gender-loving people like me. These thoughts have me in a haze trying to articulate my innermost thoughts to myself while attempting to move into action.

This is what I’ve learned about these complexities: to conflate that police brutality and transgender murders/ LGBTQIA+ massacres are the same, negates the facts. One is a cause and the other is the effect.

One is about society’s figurative — now literal — foot on the necks of Black people and the other is our inability to conceptualize true liberation because of the former. 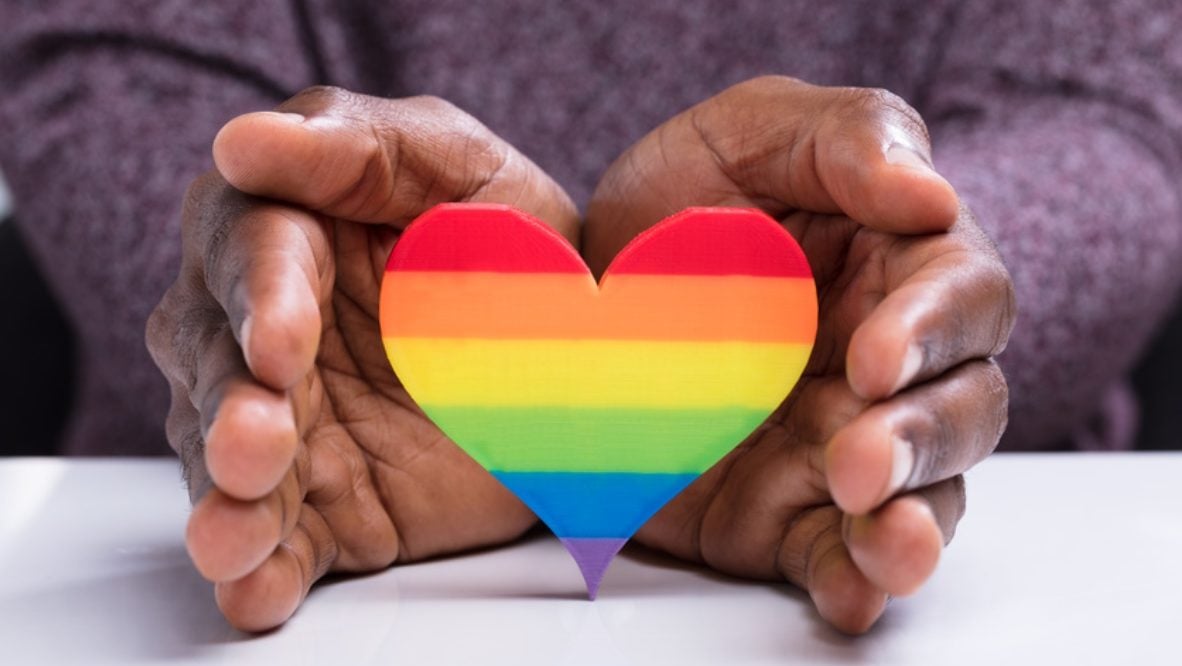 Both are about power struggles, but one is the societal infrastructure of racism and the other is the effect of understanding that without people feeling the freedom they were promised, they feel incredibly devalued and it psychologically lessens the value of other people’s bodies.

They are not the same. Both are disgusting, but fixing the structural racism increases the capacity for people to be more comfortable in seeing the expression of freedom through sexuality and gender.

It is in that realization that I am more determined to ensure that we must dismantle the structure. Structural racism, which makes Black people incapable of being free, causes anger, and a lack of understanding for anyone else’s freedom on the margins.

I know that this journey will be difficult, and I will have to continue this inner dialogue as I work to balance my emotions in regard to my fellow Black people, as far as their attitudes about my sexuality, while simultaneously pressing onward to ensuring they, too, are treated with the humanity they serve.

We need freedom so desperately and it won’t happen if we don’t come together and make it happen. I only hope that when we get to this liberation of Black people through whatever means necessary, Black people can love the whole me, too. 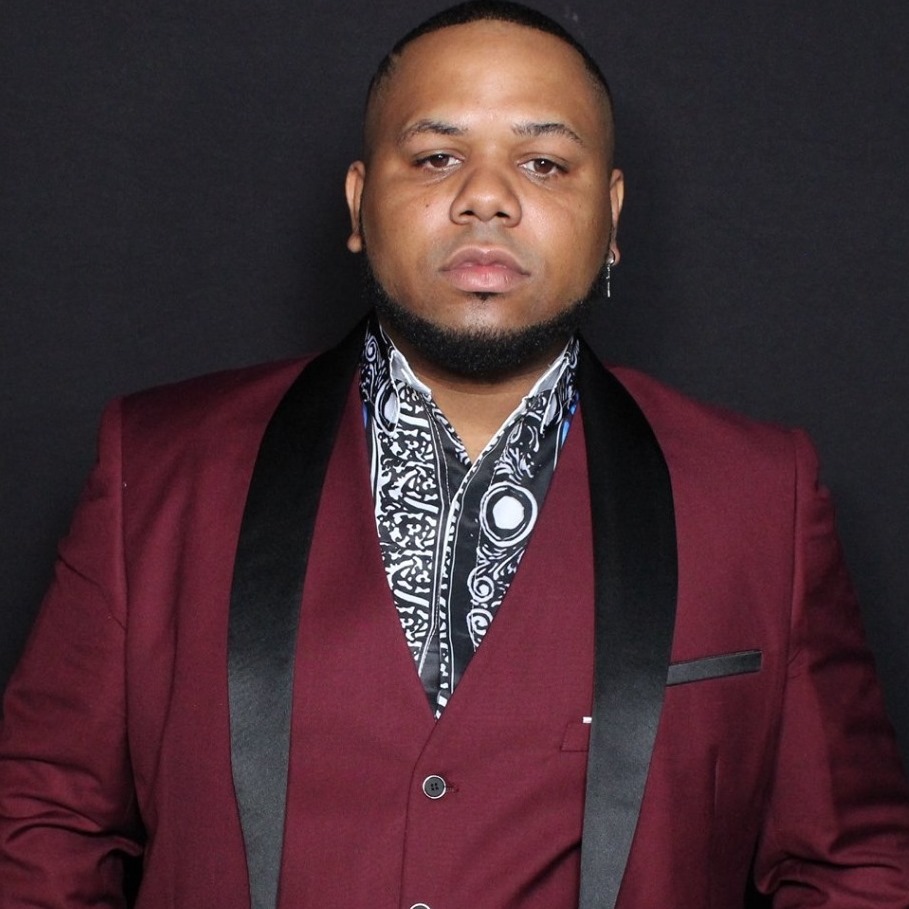 Ian L. Haddock is a writer, activist and digital storyteller based in Houston. He serves in leadership of The Normal Anomaly Initiative and Impulse Group Houston.