California governor: ‘Black people are not responsible for what’s happening in this country’

Gov. Gavin Newsom addressed racism in the U.S. while speaking at a church in Sacramento.

California Gov. Gavin Newsom declared that Black people are not responsible for the unrest and protests taking place in the United States following the death of George Floyd.

Newsom made his comments Monday as he spoke at the Genesis Church in Sacramento led by Pastor Tecoy Porter, FOX KTVU reported. He faulted society and the government for the unfolding crisis that erupted after Floyd was killed by Minneapolis police on Memorial Day. 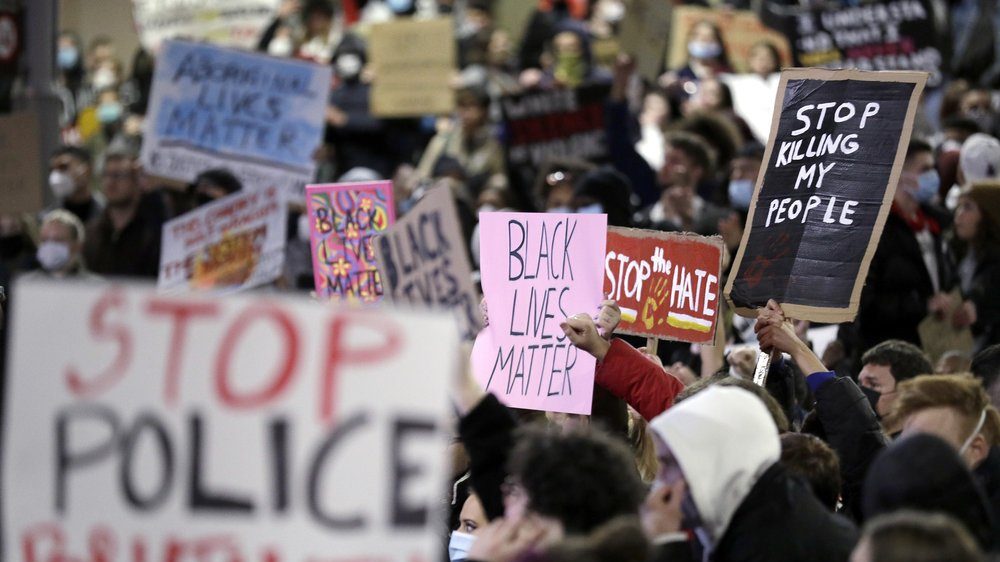 Protesters gather in Sydney, Tuesday, June 2, 2020, to support the cause of U.S. protests over the death of George Floyd and urged their own governments to address racism and police violence. (AP Photo/Rick Rycroft)

“Black people are not responsible for what’s happening in this country,” Newsom said. “We are. Our institutions. Let’s call that out.”

Newsom told those listening that they had “a unique responsibility” to stop paying “lip service” when it came to racism and police brutality. He wondered how justice could be achieved in the long run, but did propose any legislation that would go toward that effort.

The Black community is not responsible for what's happening in this country right now — we are. Our institutions are.

WATCH: Gov. Gavin Newsom spoke emotionally today to address the death of George Floyd and the ensuing protests. "Black people are not responsible for what's happening in this country," Newsom said. "We are. Our institutions. Let's call that out." https://bit.ly/2XrwGHT

The California governor also addressed the rioting and looting that has taken place across the country and in the state since the protests broke out. Stores and property have been vandalized and police cars have been set on fire. Protestors have also been tear-gassed and assaulted as they have peacefully demonstrated. There have been just under 700 arrests as well, according to law enforcement.

Newsom added that protestors had every “right to feel wrong. I also have lost patience.”

Newsom expressed his understanding for those who have moved beyond peaceful marches to bring awareness to their cause. The governor said he heard them as well but did not share the same sensitivities.

“When you try to cause pain on others and not advance the cause of justice, that is not serving the greater good and we also need to call that out,” he said.

Porter added that Floyd’s death, which the official autopsy stated that it was due to homicide, was yet another wound. In his view, it showed that African Americans were dealing with racism and the coronavirus all at once. The governor agreed.

“Racism is a pandemic on top of a pandemic,” Newsom said.

Newsom’s comments stood in stark contrast to those of police chief Michel Moore. During a press conference Monday, he blamed protestors and Black people as to why Floyd was killed.

Chief Michel Moore characterized in sharply critical terms the lawbreaking that broke out alongside largely peaceful demonstrations on Sunday.

“His death is on their hands,” Moore said of the looters, “as much as it is those officers.” https://t.co/AG6AYBD9Wo pic.twitter.com/sOcTi9jCls

“His death is on their hands, as much as it is on those officers,” Moore said.

Los Angeles Mayor Eric Garcetti ordered him back to the podium to clarify his statement. Moore insisted that he had misspoken, but rather the actions of protestors didn’t speak to the severity of Floyd’s passing.

“What his name should stand for is the catalyst for change. I regret the remarks of that characterization, but I don’t regret, nor will I apologize to those out there creating destruction. His memory deserves better,” Moore said.

He also followed up with a statement on social media assigning the blame to Floyd’s death on the four officers who were involved.

Let me be clear—there are 4 police officers and 4 alone responsible for the death of George Floyd.

Simply put: Those intent on spewing mayhem and distraction into our communities are a disgrace to his memory.