Don Peebles, a former member of President Barack Obama’s national finance committee, believes that the private sector has a role to play as the nation is at a fever pitch over racism and police brutality.

Peebles is the CEO of Peebles Corporation and wants other executives and corporations to do their part. He appeared on CNBC’s Power Lunch with co-host Kelly Evans Monday.

They discussed the current unrest in the country over the death of George Floyd. He was killed by Minneapolis police on Memorial Day after now-former officer Derek Chauvin kneeled on the 46-year-old’s neck for nearly 9 minutes.

Chauvin has since been arrested for third-degree murder and Floyd’s death was officially classified as a homicide by the medical examiner. 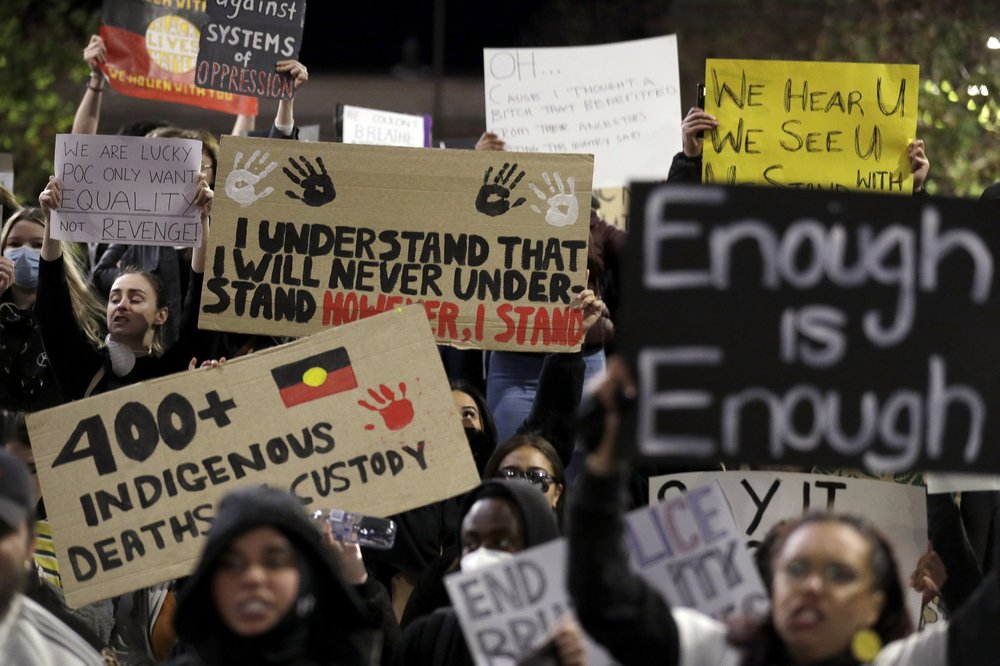 Protestors gather in Sydney, Tuesday, June 2, 2020, to support the cause of U.S. protests over the death of George Floyd and urged their own government to address racism and police violence. (AP Photo/Rick Rycroft)

Peebles said he understood the root of the frustrations that have manifested into protests.

“If you think about what Black Lives Matter means, that it’s about life in general and the pursuit of happiness and opportunity and African Americans are frustrated and have been for quite some time about the lack of economic opportunity,” Peebles said.

“If you take a look at statistics for example, that the average Black household net worth in the United States is $17,000 compared to $171,000 for whites.”

Peebles cited education as a historic pathway to economic advancement.

However, barriers in that area have always existed for African Americans.

“African Americans are disproportionately affected by poor educational systems but I think the issue is more immediate for those who are in the work world now and that is access to economic opportunity through entrepreneurship, access to capital,” Peebles said.

“Just to give you an alarming statistic – so there’s about $73 trillion in the United States invested with asset managers. Less than 1% of them are minorities and women. So, the deployment of capital from investors into businesses, start-up businesses and the like does not go to African Americans.”

Peebles argued that African Americans simply wanted a better life and the funds to make it possible. He cited Jamie Dimon, Chairman and CEO of JPMorgan Chase– the largest of the big four American banks— for leading on the issue. Dimon has spoken out against police brutality and hired Brian Lamb to be the company’s global head of diversity and inclusion.

“He’s serious about that and I think the private sector has to step up here and acknowledge that there’s systemic discrimination in this country when it comes to the deployment of capital and access to economic opportunity.”

He noted that the problem and solution were tied together.

“It’s part of the frustration going on now but that’s where the solution is and it’s a tangible and more immediate step if businesses and the government and unions, for example, could take those affirmative steps,” he said.