Speaking to reporters at the Pentagon, Esper said active-duty troops in a law enforcement role should be used in the United States “only in the most urgent and dire of situations,” adding, “We are not in one of those situations now.”

Use of the Insurrection Act has been discussed as Trump has talked about using the military to quell violent protests in U.S. cities.

Trump on Wednesday took credit for a massive deployment of National Guard troops and federal law enforcement officers to the nation’s capital, saying it offered a model to states on how to quell protests nationwide. 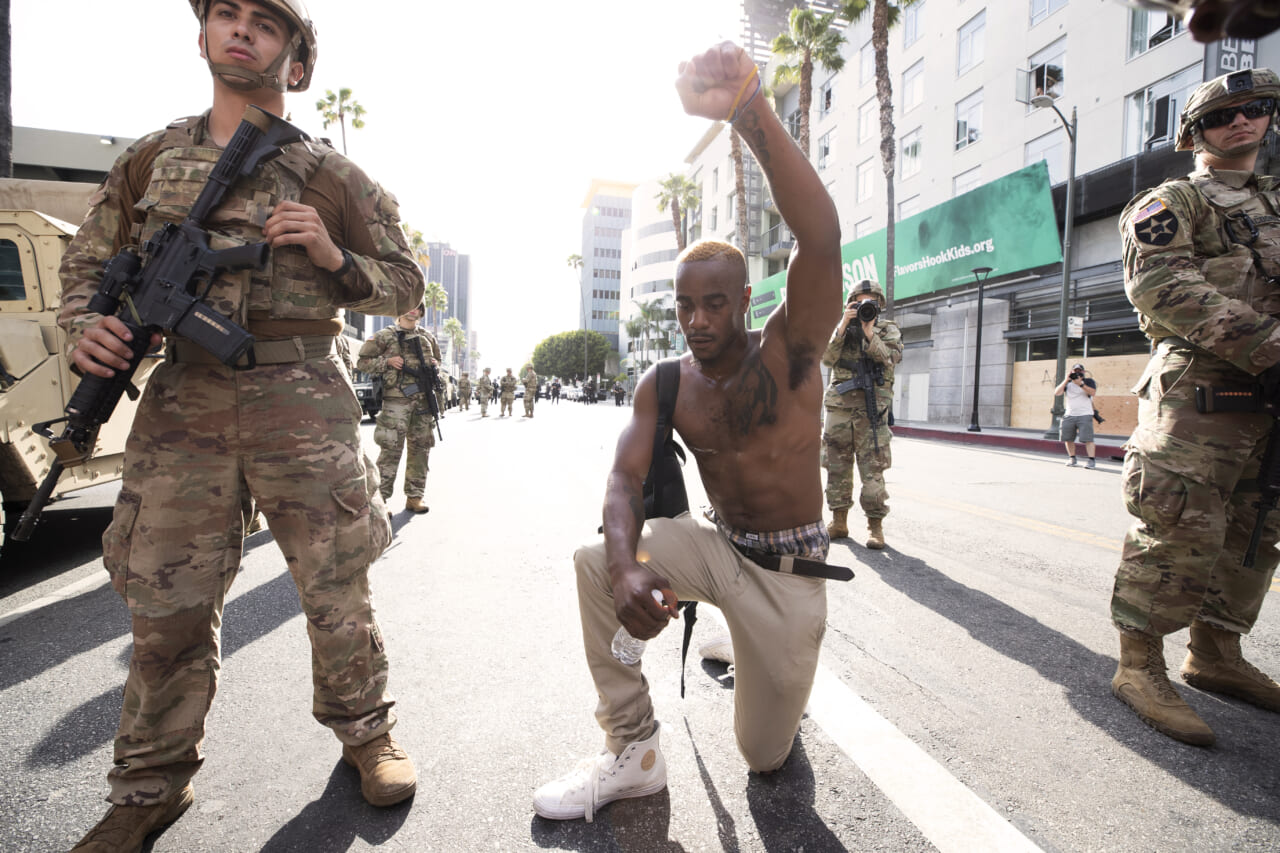 A demonstrator kneels during a march in response to George Floyd’s death on June 2, 2020 in Los Angeles, California. (Photo by Brent Stirton/Getty Images)

Trump argued that the massive show of force was responsible for protests in Washington and other cities turning more calm in recent days and repeated his criticism of governors who have not deployed their National Guard to the fullest.

It was a striking contrast to the harsh crackdowns outside the White House on Monday night, advocated by the president who wanted to make the aggressive action in the nation’s capital an example for the rest of the country, a senior White House official said Tuesday.

“You have to have a dominant force,” Trump told Fox New Radio on Wednesday. “We need law and order.”

He quickly pivoted to the politics of the moment, adding, “You notice that all of these places that have problems, they’re not run by Republicans. They’re run by liberal Democrats.”

READ MORE: Biden calls out Trump’s lack of leadership: ‘I won’t fan the flames of hate’

The Defense Department has drafted contingency plans for deploying active-duty military if needed. Pentagon documents reviewed by The Associated Press showed plans for soldiers from an Army division to protect the White House and other federal buildings if the security situation in the nation’s capital were to deteriorate and the National Guard could not secure the facilities.

But interest in exerting that extraordinary federal authority appeared to be waning in the White House. Though the crackdown on the Washington demonstrations was praised by some Trump supporters Tuesday, a handful of Republicans expressed concern that law enforcement officers risked violating the protesters’ First Amendment rights. Trump’s defense secretary also distanced himself from Trump’s decision to walk across Lafayette Park for a photo opportunity at a church after the demonstrators had been cleared.

Esper, who walked with Trump to St. John’s Church on Monday evening, insisted he did not know the president’s destination. 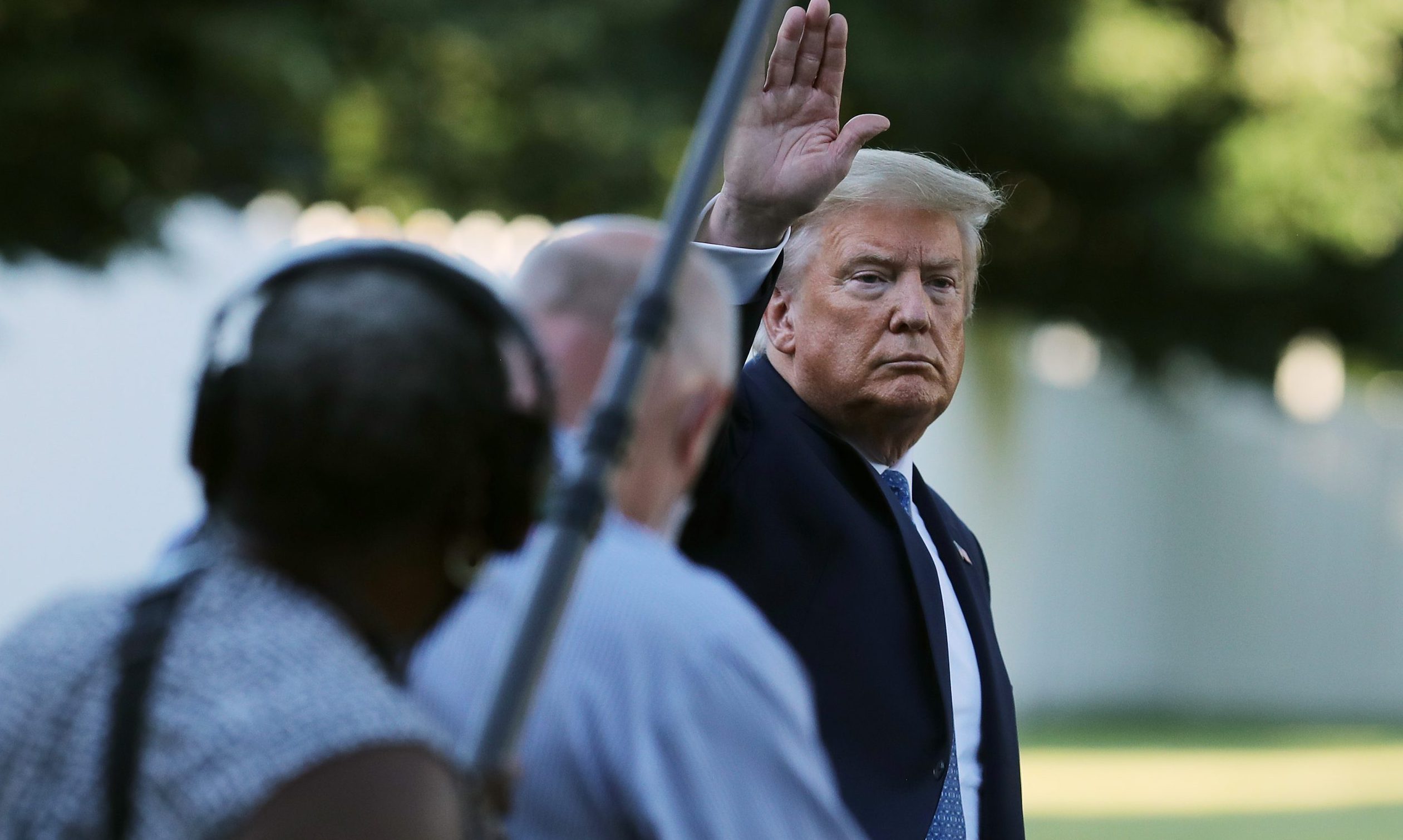 U.S. President Donald Trump (C) waves to journalists as he returns to the White House after posing for photographs in front of St. John’s Episcopal Church June 01, 2020 in Washington, DC. (Photo by Chip Somodevilla/Getty Images)

“I didn’t know where I was going,” Esper told NBC News. He said he had expected to view damage to a bathroom facility that had been vandalized in Lafayette Park, across from the White House, and talk with National Guard troops positioned there.

Protests have sprung up following the death of George Floyd, a black man who died after a white Minneapolis police officer pinned him down and pressed Floyd’s neck with his knee. Violent demonstrations have raged in scores of American cities, a level of unrest unseen for decades.

The situation in Washington escalated Monday, becoming a potent symbol of Trump’s policing tactics and a physical manifestation of the rhetorical culture war he has stoked since before he was elected. Nearly 30 minutes before a 7 p.m. curfew in Washington, U.S. Park Police repelled protesters with what they said were smoke canisters and pepper balls.

“D.C. had no problems last night. Many arrests. Great job done by all. Overwhelming force. Domination,” Trump tweeted Tuesday, after a night in which heavily armed military forces and federal officers swarmed the city. Trump added, “(thank you President Trump!).”

The clampdown followed a weekend of demonstrations outside the White House. Trump had been furious about images juxtaposing fires set in the park outside the executive mansion with a darkened White House in the background, according to current and former campaign and administration officials. He was also angry about the news coverage revealing he had been rushed to the White House bunker during Friday’s protests.

In a Monday address in the Rose Garden, he called on governors to ramp up the National Guard presence to tamp down the protests. If they didn’t, Trump said, he would dispatch the military to their states — a step rarely taken in modern American history.

The federal government has provided affected states with a list of National Guard resources available to them, the White House official said. The official added that Trump’s message to governors was that if they don’t use all the tools in their arsenal, they shouldn’t expect a sympathetic response to any request for federal dollars to help with cleanup and recovery down.

On Monday, 715 soldiers from the 82nd Airborne Division arrived in the capital area in case the situation in Washington escalated. They are stationed at Joint Base Andrews in Maryland and Fort Belvoir in Virginia. Two more 82nd Airborne battalions, totaling 1,300 soldiers, are on standby at Fort Bragg in North Carolina, according to documents reviewed by the AP. The plan is named Operation Themis. 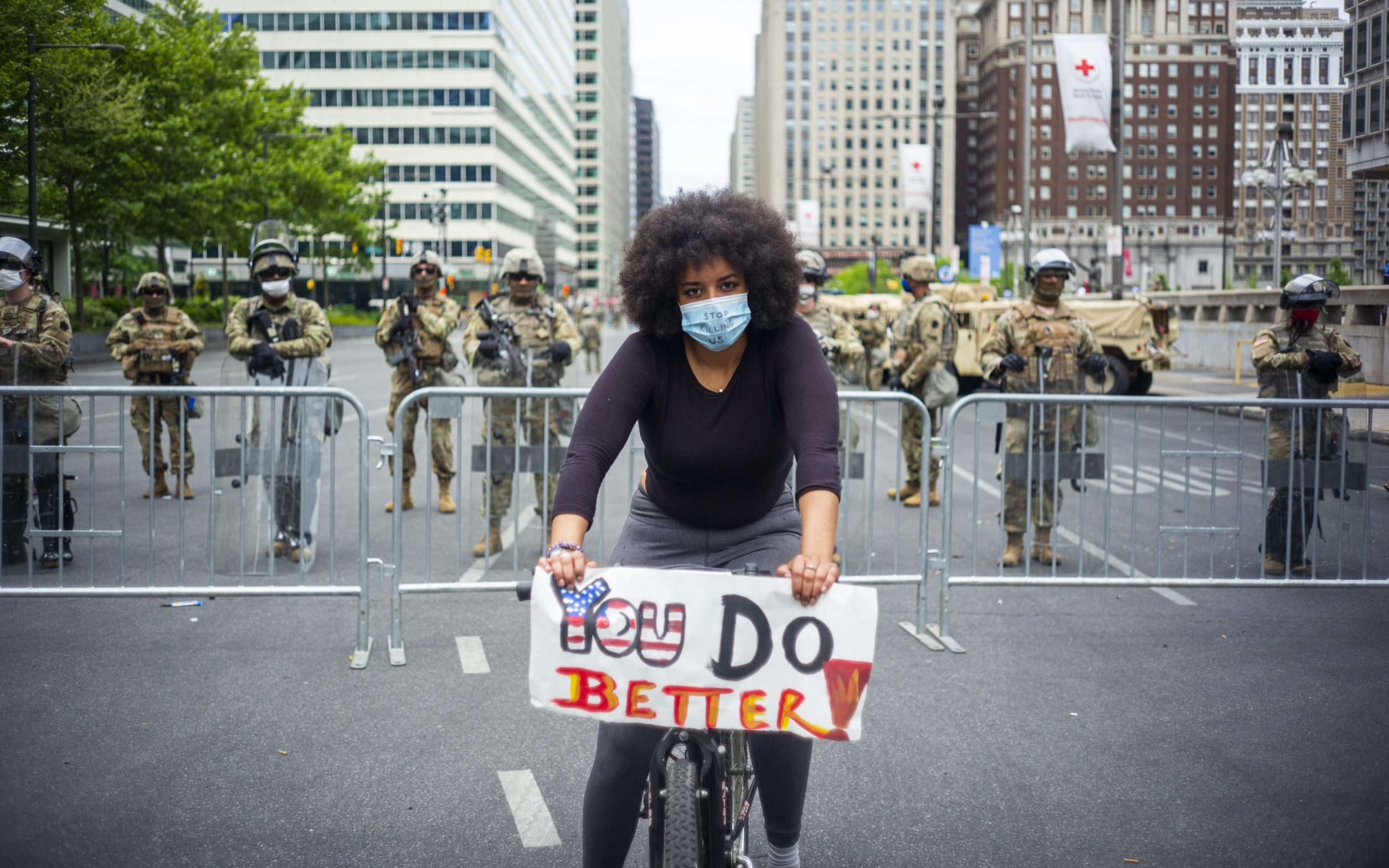 Lauren Coursey, 26, protests in front of a line of Pennsylvania National Guard outside City Hall on May 31, 2020 in Philadelphia, Pennsylvania. (Photo by Jessica Kourkounis/Getty Images)

The soldiers on standby in the Washington area are armed and have riot gear and bayonets. After the AP first reported the issuing of bayonets Tuesday, orders came down that soldiers would not need the knife-like weapons that can be affixed to rifles, according to two soldiers from the 82nd who spoke on condition of anonymity for fear they would be punished for commenting publicly. The idea that bayonets could be used in confronting civilians provoked an outcry on social media and among some members of Congress.

Administration officials were privately acknowledging that Monday’s events didn’t serve the administration well. Some Republican lawmakers, typically in lockstep with the president or at least refrain from publicly criticizing him, said Trump had gone too far in appearing to use force to clear the way for his visit to the church.

“There is no right to riot, no right to destroy others’ property, and no right to throw rocks at police,” said Nebraska Republican Sen. Ben Sasse. “But there is a fundamental — a constitutional — right to protest, and I’m against clearing out a peaceful protest for a photo op that treats the Word of God as a political prop.”

Former Vice President Joe Biden, the presumptive Democratic presidential nominee, said of Trump posing for photos holding up a Bible, “I just wish he opened it once in a while.” 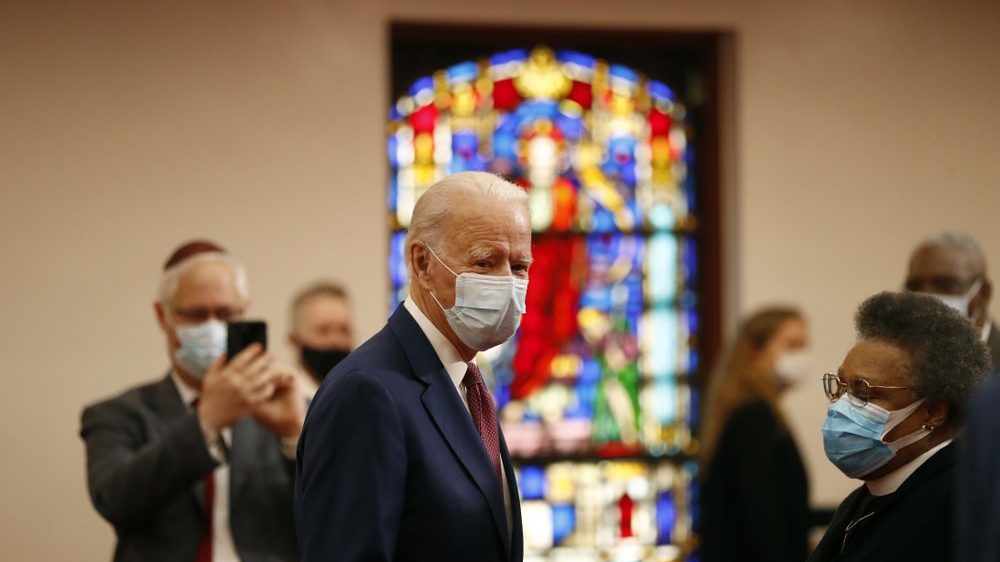 It was Attorney General William Barr who gave the order for law enforcement to clear out the protest before Trump’s walk to the church ahead of Washington’s 7 p.m. curfew. A person familiar with the matter said the decision was made earlier Monday, but had not been executed by the time Barr arrived in Lafayette Park to survey the scene. He verbally gave the order at that time.

After the demonstrators had been pushed out of the park, Trump emerged from the White House with several officials, including Esper and Gen. Mark Milley, the chairman of the Joint Chiefs of Staff. Senior defense officials told reporters Milley was also not aware that the Park Police and law enforcement had made a decision to clear the square or that Trump intended to visit the church. They had been in Washington to coordinate with federal law enforcement officials but were diverted to the White House to brief Trump on military preparations, the officials said.