The controversial sportscaster is now looking for a new gig

Controversial sports TV personality Jason Whitlock has departed Fox Sports and his signature show Speak for Yourself. For some, that comes as good news as the controversial sports announcer had his fair share of detractors, especially in the Black community.

Speak for Yourself, co-starring former NFL defensive end Marcellus Wiley, has been on the air with Whitlock as host since 2016. Wiley replaced former co-host Colin Cowherd, who now has his own show, The Herd on FS1.

Whitlock and the network couldn’t agree to terms on a new contract, reported Outkick.

“Friday was Jason Whitlock’s last day with Fox Sports,” the network told the New York Post in a statement.  “We thank Jason for all of his hard work and dedication to the network, and we wish him the best in his future endeavors.” 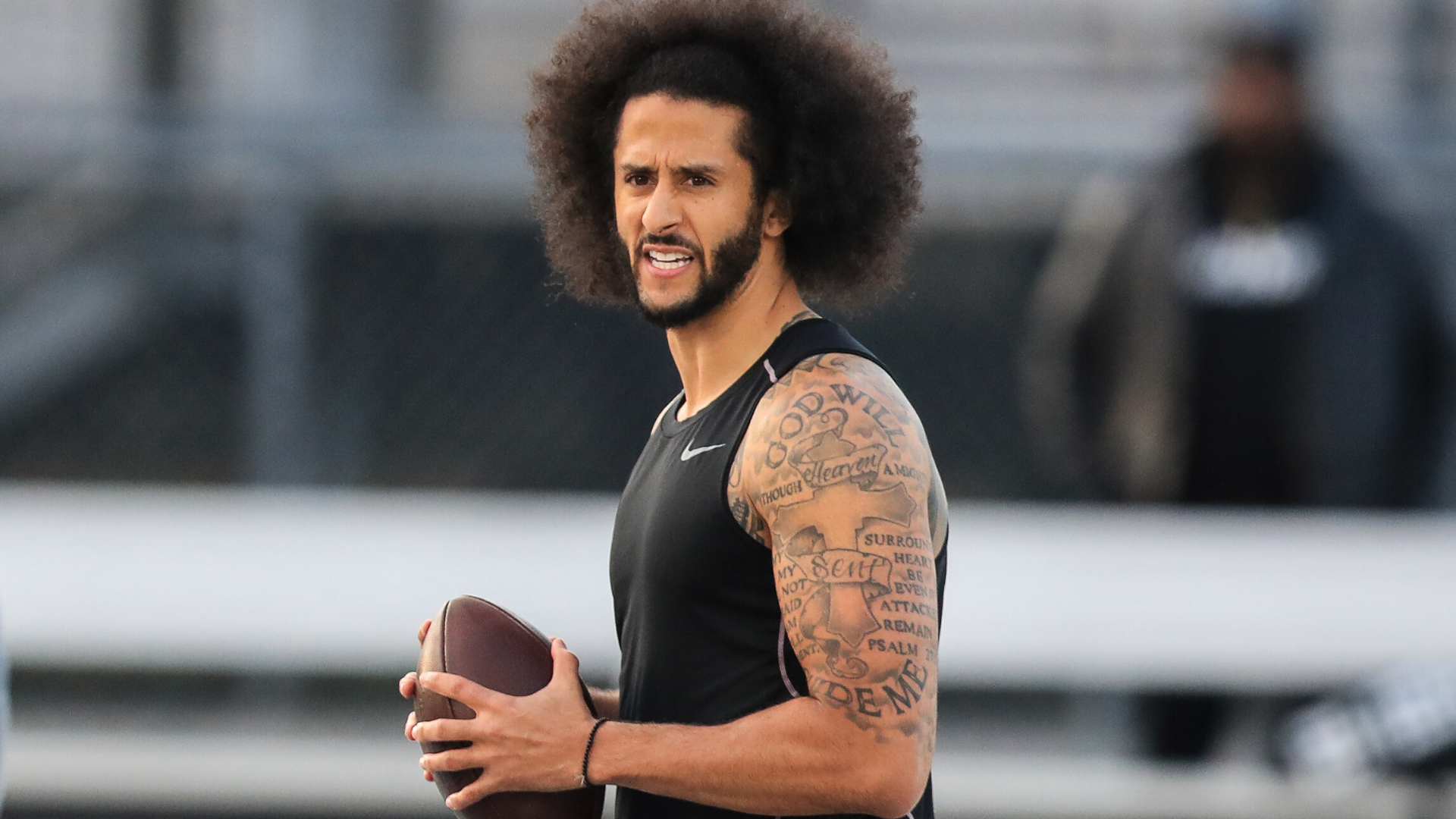 RIVERDALE, GA – NOVEMBER 16: Colin Kaepernick looks to make a pass during a private NFL workout held at Charles R Drew high school on November 16, 2019 in Riverdale, Georgia. Due to disagreements between Kaepernick and the NFL the location of the workout was abruptly changed. (Photo by Carmen Mandato/Getty Images)

Whitlock became a controversial figure for his often adversarial take on Black community issues. He disagreed with Colin Kaepernick’s anthem protest. He was also critical of Kobe Bryant but then was overcome with emotion when he died.

An Indianapolis native, after playing Division 1 football at Indiana’s Ball State University, Whitlock, 53, got his big breakthrough writing for the Kansas City Star and then ESPN. He was a regular host on ESPN, before a controversial interview where he called longtime sports reporter Mike Lupica “mean-spirited” and African-American sportswriter Scoop Jackson “a clown.” Both of them were then also his colleagues at ESPN.

Recently, reports Cleveland.com, Whitlock criticized LeBron James for his stance on Ahmaud Arbery, saying that James was ‘branding himself’ as a more outspoken athlete than Micheal Jordan, especially as the G.O.A.T. between them debate raged after the ESPN doc The Last Dance.

Whitlock is said to be looking to develop his own media property. However, he was fired from The Undefeated, ESPN’s Black portal after he alienated staff and drew the ire of writer Greg Howard, who wrote a series of unflattering pieces on his stint there for Deadspin.

Wiley will continue to host Speak for Yourself with a new co-host yet to be determined. The fates of regulars Uncle Jimmy, intern Darnell, and contributors and former athletes Jimmy Jackson, Lavar Arrington, TJ Houshmandzadeh, and other regulars, including Micheal Vick, is unclear.