Reporter apologizes after saying Cardi B promoted violence in video

The Grammy winner quickly corrected a TV newsman who said she was using her platform to encourage violence. 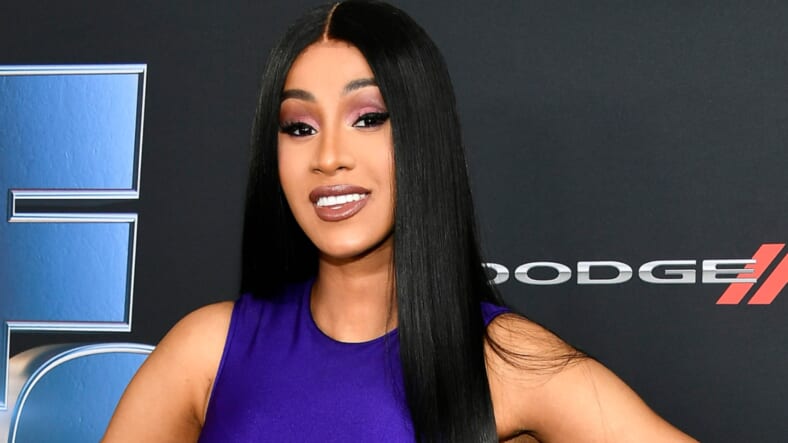 A Los Angeles news anchor who accused Cardi B of trying to incite violence during the George Floyd protests has now issued an apology to the Grammy-winning rapper for sloppy reporting.

Tuesday, Doug Kolk, who works for Los Angeles’ CW-affiliate, KTLA, tweeted out an apology to the Bronx native in which he admitted he took her “words out of context.”

“I apologize to @iamcardib if I took her words out of context,” posted Kolk. “I respect her for using her platform to connect with people during these difficult times and it was wrong of me to not let her full voice be heard.”

Friday, the entertainer posted a video on Instagram where she shared her views on the uprisings taking place all over the country.

“Seeing people looting and going extremely outraged, it makes me feel like ‘Yes! Finally! Finally, mothaf**kers is gonna hear us now. Yeah!'” she said in the clip.

Like I said I don’t want to make everything political but ITS IMPORTANT! Stay Intune with local elections. #georgefloyd

“And as much as people is so against it, at this point, I feel like I’m not against it even though it do scare me and I don’t want anybody to get hurt. … People are tired. They’re tired of showing that it’s like, ‘Oh, motherf**ker are educated, motherf**ker could take the grown and adult way and act peaceful.’ People are tired of that. So now this is what people have to resort to.”

Following the video, Kolk condemned Cardi in his news segment and reported that she was using her platform to promote violence. Unfortunately for him, the rapper took notice of the piece and didn’t mince words while responding to KTLA.

“KTLA SUCK MY D**K,” she wrote. “Im not promoting violence in promoting the PROTEST.”

“why your no lip square head having ass ain’t put the part were I said to vote?” she asked, this time tagging Kolk directly. “You cottage cheese breath having b**ch. Why don’t you post how a conservative Christian trump supporter post my adress and encourage people to loot my home(which by the way he goin to jail )”

Soon after Cardi’s tirade, the newsman agreed to post a retraction.

I apologize to @iamcardib if I took her words out of context.
I respect her for using her platform to connect with people during these difficult times and it was wrong of me to not let her full voice be heard. I will make sure that is corrected during my next segment