Pan Pylas and Jill Lawless, Associated Press
Protesters take part in a demonstration on Wednesday, June 3, 2020, in Hyde Park, London, over the death of George Floyd, a black man who died after being restrained by Minneapolis police officers on May 25. (AP Photo/Matt Dunham)

LONDON (AP) — Thousands of protesters gathered in London’s Hyde Park on Wednesday to demonstrate against police violence and racial injustice following the killing of George Floyd in Minneapolis, which has set off days of unrest in the United States.

Chanting “Black Lives Matter,” the protesters streamed into central London’s biggest open space, a traditional venue for demonstrations. Many wore masks because of the coronavirus pandemic.

Other protests were set to take place around the world from Cape Town in South Africa to Reykjavík in Iceland.

As in many of the protests in the U.S. and the one that took place in Paris on Tuesday, that led to police firing tear gas, many of the demonstrators in London appeared to ignore coronavirus social distancing guidelines. In the U.K., people have been told to stay 2 meters (6 ½ feet) apart.

While the protesters expressed solidarity with Americans protesting Floyd’s death, many also pointed to issues closer to home. 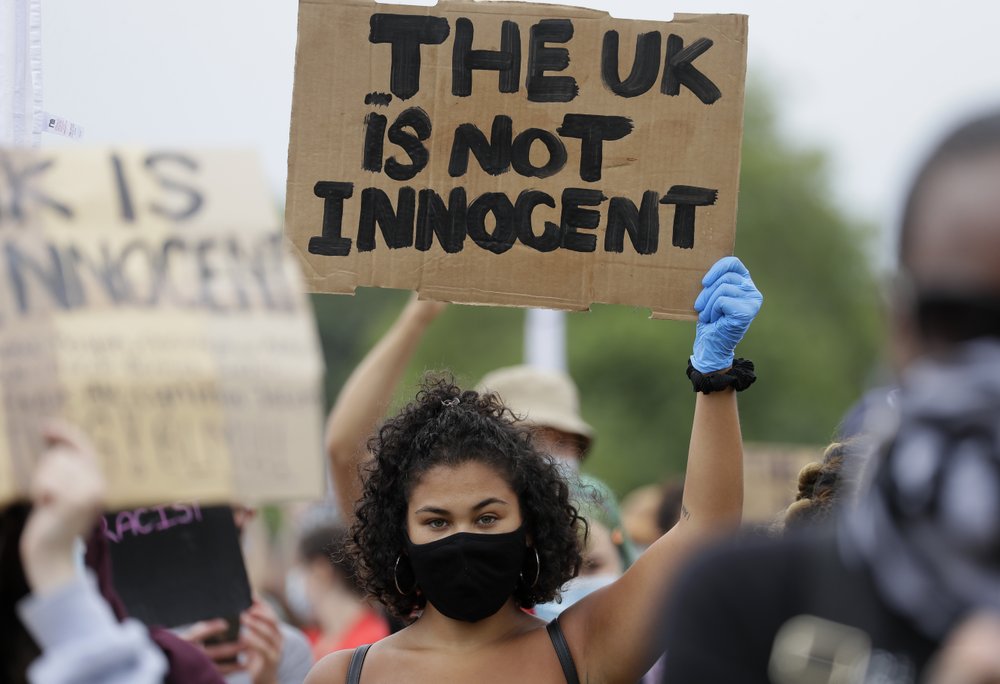 Protesters take part in a demonstration on Wednesday, June 3, 2020, in Hyde Park, London, over the death of George Floyd, a black man who died after being restrained by Minneapolis police officers on May 25. (AP Photo/Kirsty Wigglesworth)

“Racism is a pandemic,” said one placard at the London demonstration.

Floyd died May 25 after a white Minneapolis officer, Derek Chauvin, pressed his knee on the handcuffed black man’s neck for several minutes.

The coronavirus outbreak has exposed divisions and inequalities within British society. A government-commissioned report released Tuesday confirmed that ethnic minorities in Britain experienced a higher death rate from the coronavirus than white compatriots.

The study found that people of Bangladeshi ethnicity had about twice the risk of death from the virus as white Britons. It said people of Chinese, Indian, Pakistani, other Asian, Caribbean and other black backgrounds also had a higher risk of death than white Britons – of between 10% and 50%.

The government has vowed to uncover and confront the issues behind the discrepancy, but critics say they are moving too slowly. 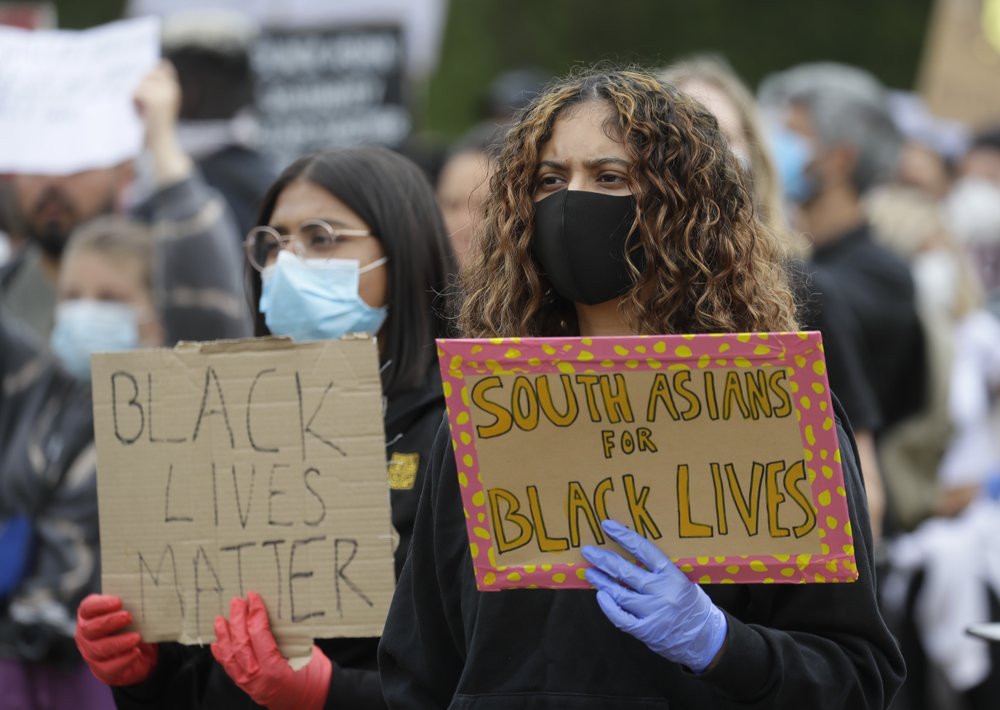 Protesters hold up placards as people gather for a demonstration on Wednesday, June 3, 2020, in Hyde Park, London, over the death of George Floyd, a black man who died after being restrained by Minneapolis police officers on May 25. (AP Photo/Kirsty Wigglesworth)

Figures from London’s Metropolitan Police show that black and ethnic minority Londoners were more likely than their white counterparts to be fined or arrested for breaking lockdown rules barring gatherings or nonessential travel.

Metropolitan Police figures show that black people received 26% of the 973 fines handed out by police between March 27 and May 14, and accounted for 31% of arrests. They make up about 12% of London’s population. People from Asian, black, mixed and other backgrounds received more than half of fines and arrests, but account for about 40% of the city’s population.

The police force said the reasons for the discrepancy were “complex.” But Owen West, a former police chief superintendent, said racism was a potential factor.

“The U.K. police service has massive issues with discrimination … and I really do think now is the time to confront it,” he told the BBC.