The ‘Breakfast Club’ host felt that the entire interaction was just a performance and not a sincere meeting of the minds.

Charlamagne Tha God recently sat down with Rush Limbaugh to have a candid dialogue about systemic racism, but now that the dust has settled, the Breakfast Club host says the whole encounter ended up being both unproductive and inauthentic.

During Wednesday night’s episode of A Late Show, Charlamagne explained to Stephen Colbert why Limbaugh’s response to white privilege left him disappointed. He felt like he’d “wasted” his time. 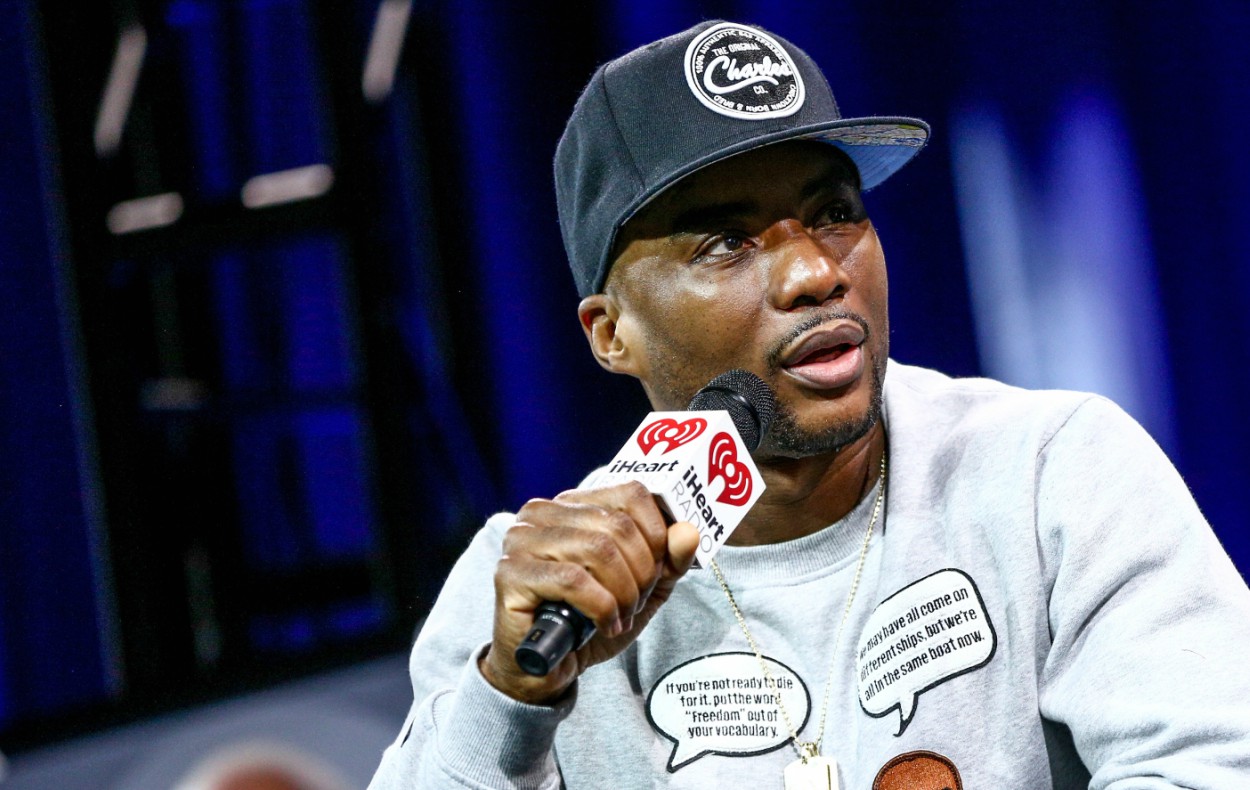 Charlamagne Tha God, co-host of The Breakfast Club on New York’s Power 105.1, speaks with host Bobby Bones about his book “Black Privilege: Opportunity Comes to Those Who Create It” on stage at the iHeartRadio Theater in Burbank, California on May 8, 2017. (Photo by Rich Fury/Getty Images for iHeartMedia)

“I said ‘you’re being delusional right now,’” Charlemagne recalled of his response to Limbaugh’s stating that white privilege doesn’t even exist. “What really bothered me about that conversation is, after I left that conversation I felt like it wasn’t productive.”

He then went on to explain how watching Limbaugh deny the existence of privilege in one breath, to then seeing him clearly defining what it for a caller by the end of the interview, made it clear to him that the entire interaction was just a performance and not a sincere meeting of the minds.

Colbert chimed in that he could relate given that’s exactly how he felt after his interview with President Donald Trump, which he also thought was performative and disingenuous.

READ MORE: Biden tells Charlamagne ‘you ain’t Black’ if you’re torn between him and Trump

“They say anything they want in front of the microphone,” Colbert said about politicians and talking heads like Trump and Limbaugh. “But then they come on your show and they act like the reasonable man.”

During the sitdown, Charlamagne also revealed that since he and Limbaugh both work for iHeart media. It was executives at the company who even suggested the two hosts have a discussion in the wake of Geoge Floyd’s death.