Virginia man who drove truck into protesters is a KKK leader

Harry H. Rogers may be charged with a hate crime after he allegedly used his vehicle as a weapon. 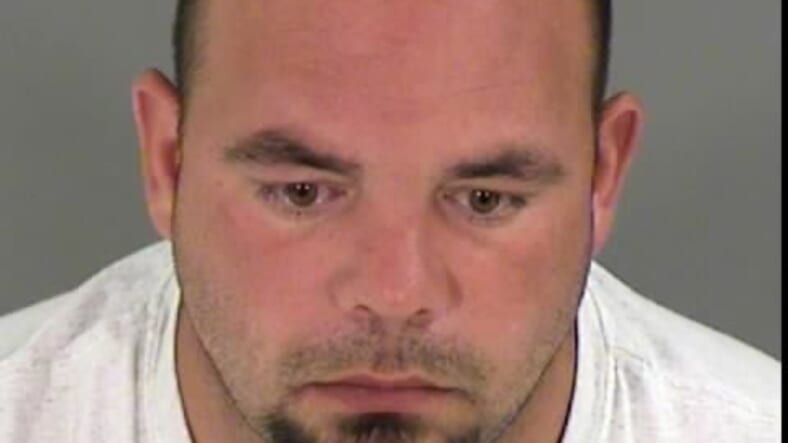 A Virginia man who drove his car into protesters is an admitted leader of the KKK.

The Richmond Times-Dispatch reported that Harry H. Rogers, 36, has been charged with attempted malicious wounding, felony vandalism, and assault and battery. He is accused of driving his truck into a crowd of about 100 protestors in the Lakeside Avenue in Virginia on June 7. One person was injured.

Henrico County Commonwealth’s Attorney Shannon Taylor made the announcement Monday and said she will determine whether or not Rogers can be charged with a hate crime.

“While I am grateful that the victim’s injuries do not appear to be serious, an attack on peaceful protesters is heinous and despicable and we will prosecute to the fullest extent of the law,” Taylor said.

“The accused, by his own admission and by a cursory glance at social media, is an admitted leader of the Ku Klux Klan and a propagandist for Confederate ideology.”

Rogers is being held without bond.

Roger’s girlfriend, who declined to give her full name because of death threats, tried to defend him. She insisted that he’d only gone to the A.P. Hill statue to “observe” after learning there would be protests because he did not want any of the monuments to be destroyed.

Across the country, various Confederate statues have been vandalized or destroyed. Ambrose Powell Hill, the Confederate general, is buried underneath the statue that was previously defaced in 2018.

“He did not go there with violent tendencies,” Rogers’ girlfriend said.

READ MORE: Man who pointed bow and arrow at protesters now behind bars

The unidentified woman shares a 14-year-old son with Rogers. She claims that a protestor hit her son while they were in the truck with him and that’s what instigated the incident.

“Someone reaches in the truck window and popped my son in the side of the face,” she said.

She added that Rogers was simply trying to get their son to safety.

“He tried to drive over a median to get my son out of danger,” she said.