Carlson recently referred to the Black Lives Matter movement as a 'cult.' 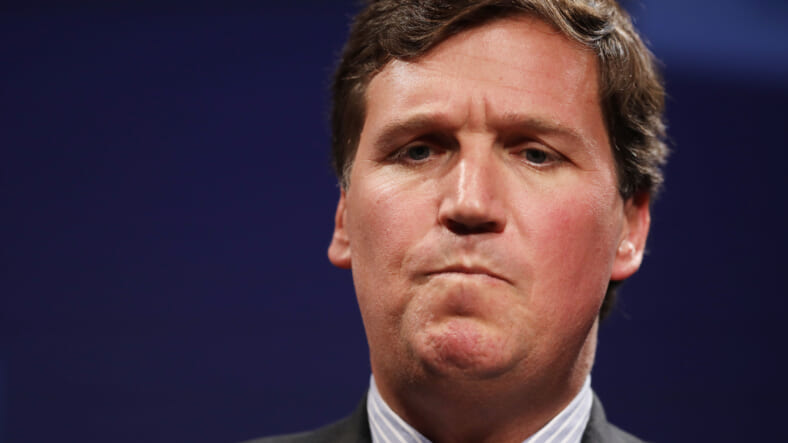 It looks like corporations are ready to put their money where their mouths are. According to reports, Disney and T-Mobile announced they were pulling advertising from the hit FOX News show Tucker Carlson Tonight in response to his troubling assertions about George Floyd and Black Lives Matter.

Tucker Carlson is a controversial host known for being extreme in his views, but his latest tirades have included deeming Black Lives Matter a cult and referring to peaceful protest as “Black Lives Matter riots.”

He has also claimed the protests are not about race relations and has asserted that the notion of white supremacy is a “hoax.”

“This may be a lot of things, this moment we’re living through, but it is definitely not about Black lives,” Carlson told viewers on June 8. “Remember that when they come for you, and at this rate, they will.”

“We haven’t run ads on Tucker Carlson Tonight since early May and have canceled all future placements,” he posted on Twitter. “We will continue to support those who stand against racial injustice.”

Disney has been vocal about its commitment to improving racial issues and it seems like they’re attempting to make good on those assurances.

“We also realize that now more than ever is the time for us all to further strengthen our commitment to diversity and inclusion everywhere,” CEO Bob Chapek and Executive Chairman Bob Iger and SVP and Chief Diversity Officer Latondra Newton said in a memo to staff on May 30.

“We intend to keep the conversation going, not just today, but for as long as it takes to bring about real change,” the correspondence from the Disney executives concluded.