The Democratic explained how even she had difficulty trying to vote by mail in her state’s primary elections on Tuesday.

A lot of Georgia residents took to social media to complain about their hellacious experiences trying to vote this month. Stacey Abrams believes that GOP made things difficult as an act of voter suppression.

Wednesday, while speaking to MSNBC host Chris Hayes, the Democratic explained how even she had difficulty trying to vote by mail in her state’s primary elections on Tuesday. 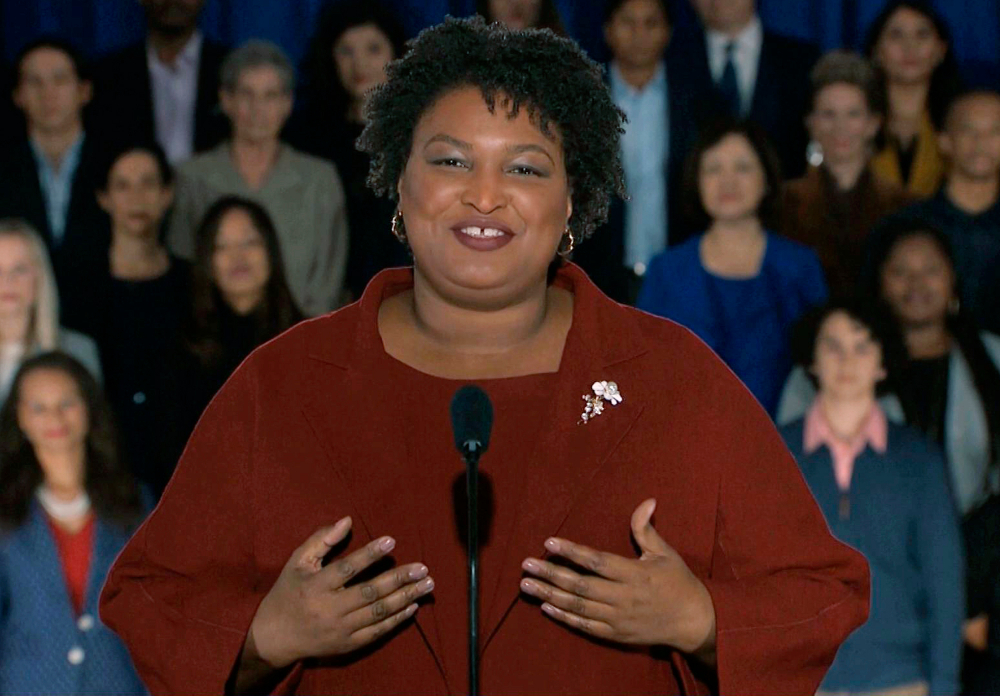 In this pool image from video, Stacey Abrams delivers the Democratic party’s response to President Donald Trump’s State of the Union address, Tuesday, Feb. 5, 2019 from Atlanta. Abrams narrowly lost her bid in November to become America’s first black female governor, and party leaders are aggressively recruiting her to run for U.S. Senate from Georgia. Speaking from Atlanta, Abrams calls the shutdown a political stunt that “defied every tenet of fairness and abandoned not just our people, but our values.” (Pool video image via AP)

This then segued into a much broader conversation about Fair Fight Action, a group she founded to work against voter suppression. It is an issue she was personally affected by during her campaign to become governor in 2018.

“There is a question here about incompetence versus malice, obviously, and there is a long history here both in Georgia in recent memory going back to a very, very long time going back to Reconstruction,” pointed out Hayes. “New York Times columnist Jamelle Bouie put it this way: ‘An election where people are waiting for seven or eight hours to cast a ballot is not a free and fair election.’ Do you agree with that?”

READ MORE: Stacey Abrams admits she was ‘worried’ during the 2018 Georgia election for governor

“Absolutely,” agreed Abrams. “People sacrifice a day’s wage to try to cast a vote. These are largely communities that are working class, working poor. They’re not making a lot to begin with to cast a ballot. It’s a poll tax. But we know even more that you raise the question of incompetence versus malice. In Georgia it’s both.”

“This didn’t just happen in Georgia. It also happened in South Carolina and Nevada to a lesser extent and certainly without the clownish behavior of the Secretary of State. But across the country, we are seeing this combination of incompetence and malfeasance putting voters of color at risk of not being heard in our democracy.”