'50 years ago, they would have been executed, but we're in a different time,' Trump said

The current president of the United States is accusing his predecessor of treason against the nation, again.

Donald Trump’s Obamagate narrative has picked up steam but when asked to lay out the particulars of the crimes that Barack Obama has supposedly committed, mums the word.

According to CNN, Trump has increased his rhetoric about the popular former president over the last few months. Yet, outside of mentioning that there have been terrible offenses perpetrated against the country by one of its own, the POTUS refuses to detail them at press conferences.

These accusations emerge almost lockstep with the national crises of the coronavirus and civil unrest. While he has not offered what treasonous charge to the larger group of news outlets at his daily briefing, he did speak to the Christian Broadcast Network News and announced the root of the supposed crime. 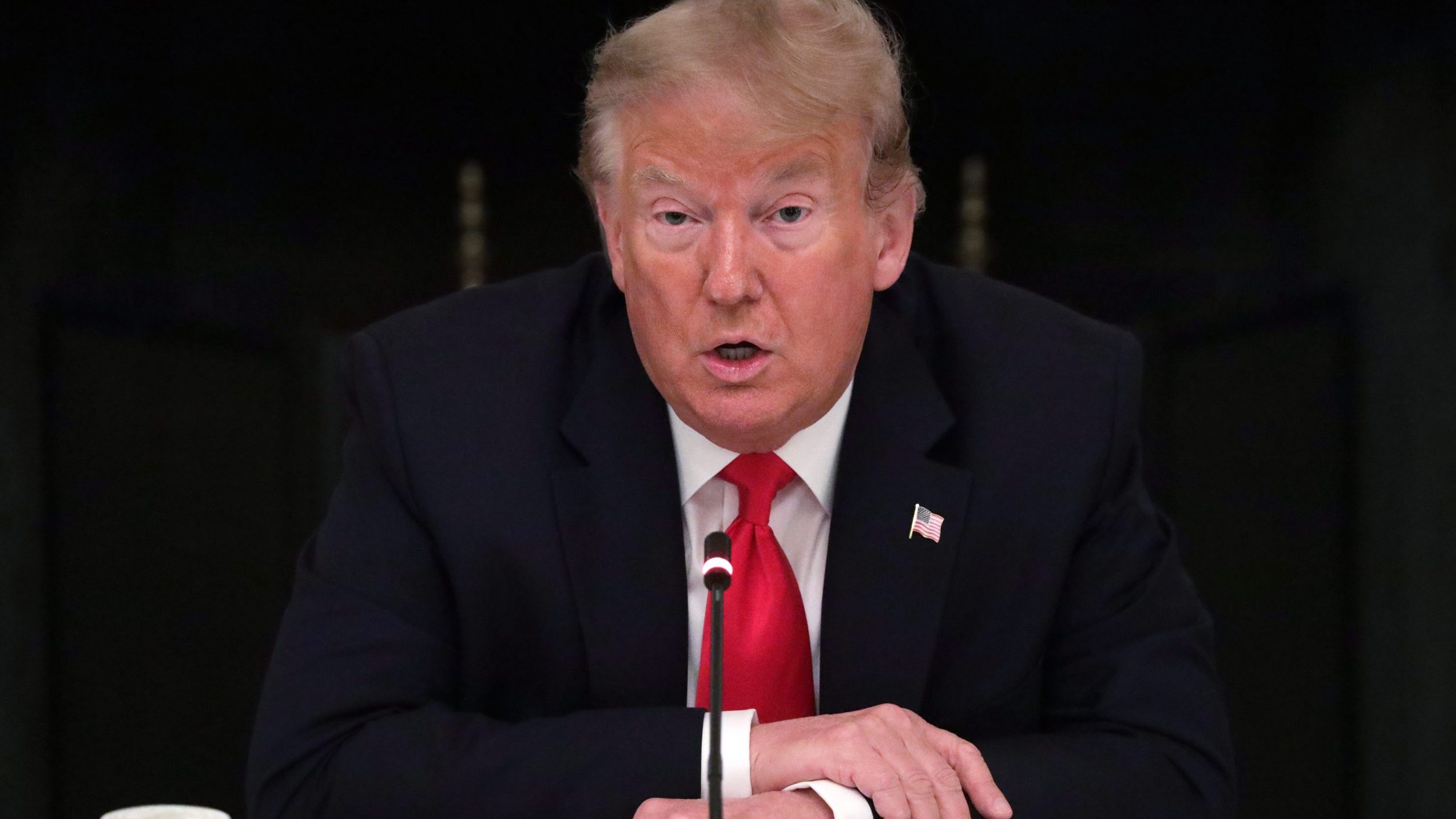 U.S. President Donald Trump speaks during a roundtable at the State Dining Room of the White House June 18, 2020 in Washington, DC. (Photo by Alex Wong/Getty Images)

In a news story that ran on Monday, June 22, Obamagate resurfaced. Obamagate has had several faces over the years but has most recently been centered around Obama’s administration spying on the Trump campaign.

Now that the world knows exactly what the crime is, inquiring minds are curious to know what evidence does he have that any actions taken by the previous leadership was illegal, and fits under the constitutional definition of treason.

The constitution defines treason thusly: “Treason against the United States shall consist only in levying War against them, or in adhering to their Enemies, giving them Aid and Comfort.”

By pointing to the spying accusations, the president is realigning the public interest back to his narrative pushed during the Mueller-Russia investigation. He asserted then (and continues to believe) that Democrats working within the Justice Department and the FBI investigated his campaign illegally, abusing their power and access granted by their vocation in the most powerful law enforcement agency in the nation.

“We’re in a different time. You understand what I mean by that. They spied on the opposing party’s campaign and we caught them.” Trump expressed, “I just hope I get tremendous evangelical Christian support.”

The election is five months away and America faces many challenges under Trump’s watch. The COVID-19 pandemic is in flux, protesters continue to paint the streets advocating for police reform, the economy is tanked and people are hurting.

With the nation so deeply divided, many believe that bringing up Obama is a distraction tool, igniting anti-Obama red voters to influence those purple balloters to not vote blue. Another example, some have argued, of how this president sees that it is more important to win than to lead.