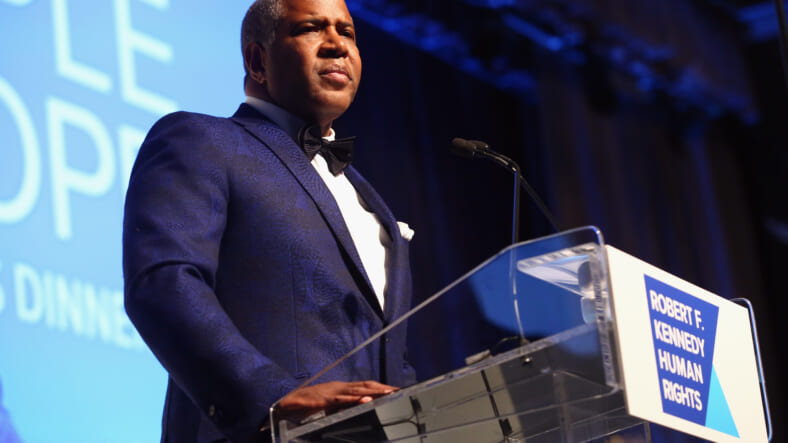 When Robert F. Smith made his surprise announcement at Morehouse College’s 2019 graduation, he shocked the world.

Now Smith, who is the wealthiest Black man in the nation, is pledging to help even more graduates of Historically Black Colleges and Universities.

Read more: How Robert Smith’s pledge to pay my $150K student loan debt saved me from giving up on my dreams

The billionaire pledged to pay off all student loan debt for the graduates, including debts incurred by their families. The total commitment amounted to approximately $34 million. However, his support of students has not stopped with that one move.

He will formally do this through The Student Freedom Initiative.

The Student Freedom Initiative is a new non-profit aimed at addressing the disproportionate loan burden on Black students and creating more choices for students whose career options or further educational opportunities might be limited by heavy student debt.

Smith announced the new initiative during a discussion with Time Magazine for their Time100 series, which was titled “The Business of Change.” The panel featured Smith, Sherrilyn Ifill, Steven Mnuchin, the Secretary of the Treasury.

In explaining the importance of the initiative, Smith said, “I think it’s important that we do these things at scale and en masse because that’s how you lift up entire communities.”

Launching in the fall of 2021, the Student Freedom Initiative will offer juniors and seniors at 11 HBCU’s an alternative to traditional high-interest loans. The program will offer students lower interest loans and will require students to make payments based on their income for up to 20 years after graduation.