Though Mike Fulp has now deleted the post, he has a history of using his business to promote his particular 'Christian' ideals 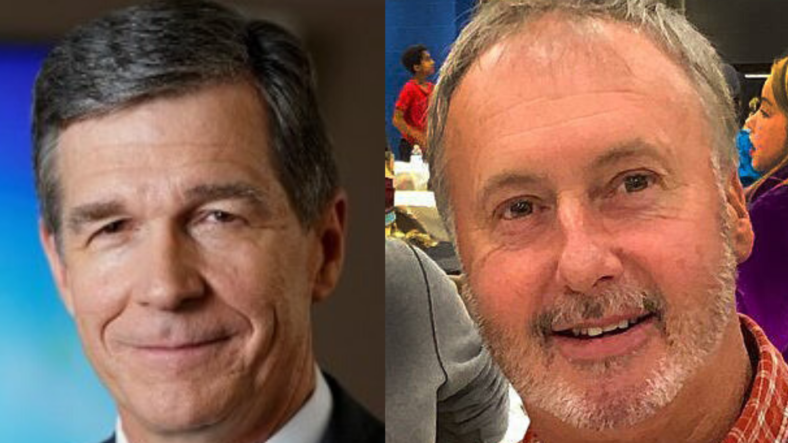 The noose found hanging in the garage of NASCAR driver Bubba Wallace was a watershed moment for the racing circuit.

The FBI investigation that found that the noose was not intended as a hate crime, now has turned into an opportunity to mock Wallace and the Black Lives Matter movement.

One North Carolina racetrack owner opted to mock Wallace by posting an advertisement on Facebook Marketplace.

“Buy your Bubba Rope today for only $9.99 each, they come with a lifetime warranty and work great.”

Mike Fulp is the owner of 311 Speedway, a half-mile dirt race track in Rockingham County, N.C. The now-deleted post garnered condemnation from local and state leadership. North Carolina’s governor, Roy Cooper, sent a statement via his communications director. “This incident of racism is horrific and shameful,” said Ford Porter, the governor’s deputy communications director. “North Carolina is better than this.”

Facebook users also reposted some of Fulp’s older posts, and they were horrific.

According to the Winston-Salem Journal, one post reads: “We’ve really been bad people. I think we should give them a bucket of Kentucky Fried chicken, 2 watermelons, and a plane ride back to Africa.”

Another post had a photograph of George Floyd, who was killed by Minneapolis police on May 25, with a caption: ”Congratulation (sic), George …. 2 weeks drug free.”

Fulp once tried to run for the Stokes County Board of Commissioners as a Republican, however, he lost that race. Yet, he continued his campaign of hatred online and at his racetrack. After NASCAR banned Confederate flags from their tracks, Fulp asked his customers to bring and display their flags at his raceway. He called the event, “Heritage Night.”

“We believe it’s our right to protect the sport we love. Purchase your Confederate flags and caps here, along with your Christian flag, American flag, Donald Trump flag and caps,” he wrote on Facebook. 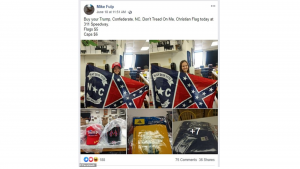 Fulp’s post is not a chargeable offense, however, The NC Beat-a Facebook group is encouraging its followers to report the man to the FBI.