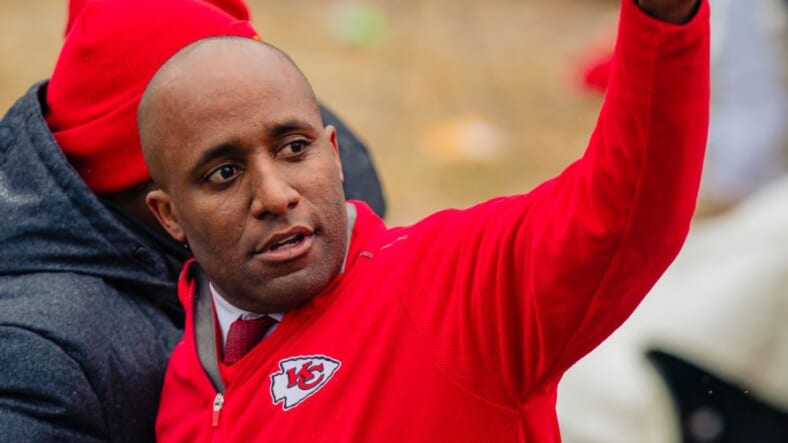 Quinton Lucas, the mayor of Kansas City, Mo., posted a screenshot of a racist message that he received in response to reinstating a mask ordinance in his city.

The messages appear to come from the private message of a social media account. In the series of messages, the writer asks, “What are the repercussions for not wearing a mask in public starting on Tuesday?” The immediate next message sent several hours later reads, “You are such a piece of s**t ni**er.”

The writer goes on to say, “You walked with RIOTERS not wearing a mask idiot,” referring Lucas’ decision to participate in protests against police violence that took place in his city following the killing of George Floyd in Minneapolis on May 25.”

Finally, the writer said, “You should swing from a tree, I’m not threatening it, but would love to see it.”

On Twitter, he said, “Social media and photo shop are always fascinating. To the many texting aghast of fake photos circulating, I recommend you not believe everything a muckraker sends your way… and use some judgment.”

Social media and photo shop are always fascinating. To the many texting me aghast of fake photos circulating, I recommend you not believe everything a muckraker sends your way… and use some judgment. pic.twitter.com/ebaoSi370q

On Facebook wrote, “Odd to have to disprove something so patently ridiculous and nonsensical (who takes a smiling F the police photo at a rock station?), but alas, that’s 2020.”

He added, “Add to this the racial slur and subtle death threat I received yesterday about requiring masks, and it’s like, y’all… let’s do better.”

The mask ordinance does not include children or those who have been told by a doctor that they should not wear a mask or people who can not communicate while wearing one.

Cases of coronavirus in Kansas City are on the increase. According to the Kansas City Star, the metro area gained 149 new cases and three new deaths just yesterday.