The 'Riverdale' star says she had the best intentions but can see how her post was 'tone-deaf.' 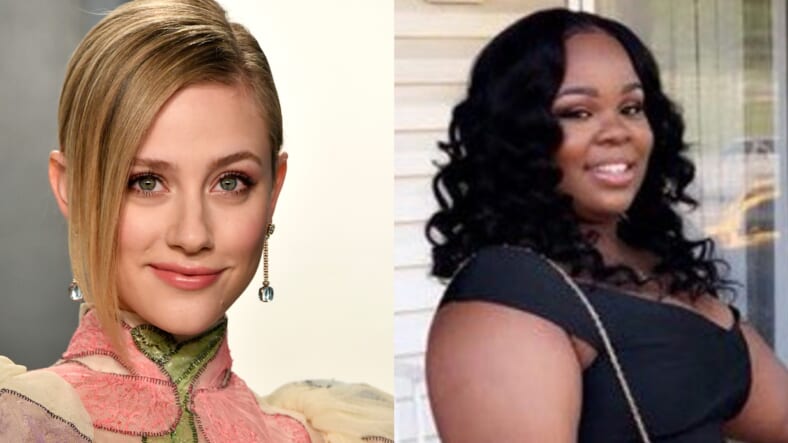 This week Riverdale star Lili Reinhart took to Twitter to issue an apology after she posted a sexually suggestive photo while demanding justice for Breonna Taylor.

Initially, Reinhart joined the chorus of celebrities speaking out about the 26-year-old EMT worker who was killed by Louisville police, by posting a message on social media. However, several of her followers found it in poor taste that Reinhart uses a topless photo of herself to get her message across.

“Now that my sideboob has gotten your attention, Breonna Taylor’s murderers have not been arrested. Demand justice,” the actress captioned the since-deleted post.

“lili reinhart really thought she was doing something,” wrote one user, echoing the sentiments of many. “this is DISGUSTING. stop using breonna taylors name as a caption for your sexy photos. she’s not a meme or a marketing tactic.”

Tuesday, the 23-year-old responded to the negative response with an apology.

“I’ve always tried to use my platform for good. And speak up about things that are important to me,” she began. “I also can admit when I make a mistake and I made a mistake with my caption. It was never my intent to insult anyone and I’m truly sorry to those that were offended.”

Reinhart has been socially active not just on social media but also attended Black Lives Matter protests and supported Black castmates who have spoken up about the way they are portrayed by the press. Yet despite her work as an ally, she admits she has much to learn and this time she clearly missed the mark.

“I’ve tried very hard to be honest on my IGTV lives that I’m still learning and trying to be better,” she continued. “But I understand that my caption came off as tone deaf. I truly had good intentions and did not think it through that it could come off as insensitive.”