Questions raised in killing of Omaha protester by bar owner

After a 22-year-old Nebraska man, James Scurlock, was killed during a protest, the community asked why his killer wasn't charged

Omaha, Nebraska was the scene of protests similar to many around the country on May 30. Since May 25, when George Floyd was killed by Minneapolis police and the video circulated around the world, it has sparked global protests, demonstrators and police have been clashing in confrontations that sometimes turned violent.

According to Yahoo News, the protest on May 30 brought three people together who would be forever linked by a tragedy. May 30th was the second night of protests in Omaha, and bar owner Jake Gardner was outside of one of his two bars, The Hive, armed with a gun.

From surveillance footage taken the night of the altercation, it appears that Jake Gardner‘s father, David, was involved in a confrontation with protesters who knock him down. Jake goes to assist him, accuses protesters milling around of having done it, then backs off and is brought down by someone else.

Despite her youth and slim stature, protester Alayna Melendez, 19, who had been at the protests the previous night, says she thought Jake was a threat and tried to wrestle the gun from him. She was unsuccessful.

On the video, another man comes in who appears to try to disarm Jake when Jake gets off a shot.  That’s when James Scurlock, 22, who may have been trying to play peacemaker, wrestles with Jake and is hit with one shot in the clavicle that proves to be fatal.

Jake, a 38-year-old ex-Marine with an expired concealed carry permit, was taken into custody that night and questioned but not arrested and was released the next day. Witnesses now say that they were never questioned about the altercation or the shooting and could have provided more context to what happened. 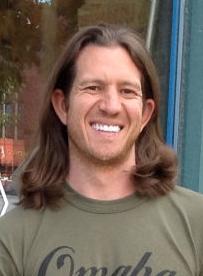 “Nobody talked to me after,” Melendez told Yahoo News. “They didn’t try to talk to anybody at the scene.”

Other witnesses say that they too were not questioned by police who rendered medical aid to Scurlock at the scene. He died later at a local hospital. One white witness alleged that Jake’s father hurled racial slurs at protesters that may have led to the confrontation you can see partially on the surveillance video.

One of the witnesses, Robert Fuller, who was on the scene, saw the confrontation that led to David being knocked down. Gardner’s father appeared to be the aggressor, shoving two men before he was pushed to the street. Gardner then accused some of the protesters of being the culprits, but Fuller says he looked only to the Black and Brown protesters, which Scurlock was one of.

They keep saying how Gardner was in fear for his life. Not a single damn word about how the rest of us there feared for…

None of the witnesses were able to reach police, except Melendez who gave her account to officers before Gardner was released.

What is not in question is that Gardner is well-known as someone who is not just an open Trump supporter but has been accused of transphobia and racism according to the Yahoo report. Prior to the fatal confrontation, there were multiple Yelp reviews of The Hive, accusing Gardner of enforcing a dress code for Black patrons but not for white ones, making LGBT patrons unwelcome and objectifying young white female patrons.

Others, including former bar employees and even a member of his own family, say Gardner and his father exhibited racist speech and behavior in a family that held the same views.

The Hive and the Gatsby have since been evicted, due to late payments and ‘other issues,’ Yahoo reports.

A grand jury is expected to be convened in August or September. Scurlock’s family and the Omaha community have mounted peaceful protests in the last month to remember him and ask for justice, according to Omaha.com.