Owner Dan Snyder has refused to do so for years, but there is growing support for it to happen in the current social climate

Tonya Pendleton
A Washington Redskins helmet is seen before the game against the Jacksonville Jaguars at TIAA Bank Field on December 16, 2018 in Jacksonville, Florida. (Photo by Sam Greenwood/Getty Images)

The Washington Redskins have been a sore point for many in recent years as the name is considered a Native American slur. However, the team’s owner Dan Snyder has steadfastly refused to change the team’s name.

READ MORE: Malcolm Jenkins isn’t sure the NFL should play this season

However, in light of the rest of the corporate and sports world becoming more sensitive to racial inequities or any appearance of such, there are renewed calls for a name change and now, they are backed by formidable supporters.

Adweek reports that Nike, Pepsi-Co, and FedEx were sent letters signed by 87 investment firms and shareholders who have a total net worth of $620B to end their financial relationships with the team unless it changes its name.

After nationwide protests through the month of June when hundreds of thousands took to the streets after the deaths of George Floyd and Breonna Taylor, corporate America made concessions including posting their commitment to diversity and inclusion and in some cases, as with Netflix, make actual investments in the Black community. 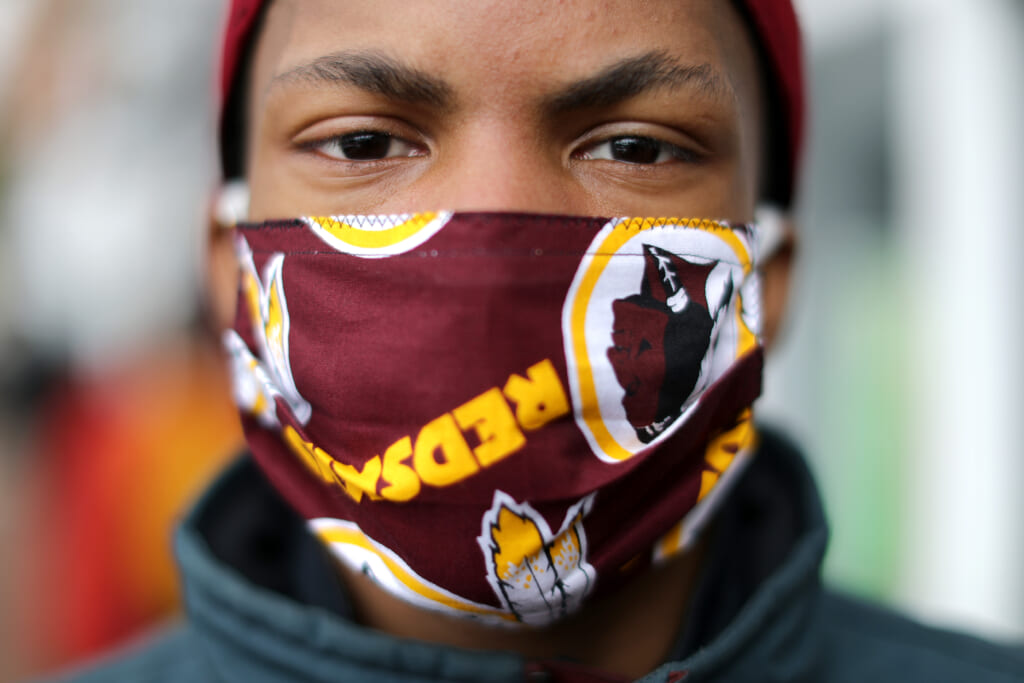 In the age of social media and in the current social climate, corporations have become extremely skittish about any association with wrongdoing as it relates to race or gender issues. Six years ago, a similar outcry about the Redskins name was effectively squashed even when then-president Barack Obama opined that Snyder should at least “think about” changing the team’s name.

Now a group that includes Oneida Nation Trust Enrollment Committee, Boston Common Asset Management, LLC Boston Trust Walden Mercy Investment Services, First Peoples Worldwide, Trillium Asset Management, and First Affirmative Financial Network have targeted the three companies as they sponsor the Redskins, from FedEx holding the naming rights to FedEx Field to Nike producing the team’s uniforms in its deal with the league to Pepsi-Co, which has a ten-year sponsorship deal with the NFL.

The president and CEO of FedEx, Fred Smith, is also a minority owner in the Redskins, per Sports Illustrated.

While the letter doesn’t mean that any of the corporations will leave the team or the league behind, the combined billions of the investment groups make a big statement.

There is additional pressure on Snyder from the D.C. government. He has considered moving them from their current playing location at FedEx Field outside of D.C. in Landover, Maryland back to their former home at D.C.’s RFK Stadium when their lease is up in 2027.

“I call on Dan Snyder once again to face that reality, since he does still desperately want to be in the nation’s capital,” D.C.’s nonvoting House Rep. Eleanor Holmes Norton said according to Fox News. “He has got a problem he can’t get around — and he particularly can’t get around it today, after the George Floyd killing.”

The Redskins have been the team’s name since 1933. Snyder did make one concession to new calls to abolish literal monuments to racism. He removed the name of the team’s former owner George Preston Marshall from Washington’s honorary ring of fire. Marshall was the last to integrate his team and only did so because he had to or lose a 30-year lease on federal land, according to ESPN.

Native Americans feel that this may be the moment they can be finally be heard on the issue and that maybe it will add to momentum to make a change actually happen.

“Indigenous peoples were sort of left out of the civil rights movement in the late 1960s in many respects,”  Carla Frederick, the director of First Peoples Worldwide and director of the University of Colorado Law School’s American Indian Law Clinic told  Adweek, “because our conditions were so dire on reservations and our ability to engage publicly was very limited because of that. With social media now, obviously everything is different.”