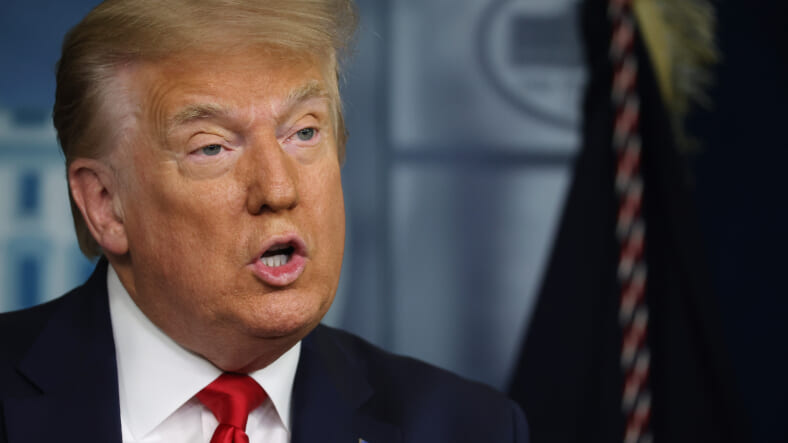 On the eve of Independence Day in America, President Donald Trump gave a speech at the foot of Mount Rushmore. His speech was more about the protection of monuments and statues than about uniting the country during a time of racial unrest.

With several thousand attendees at the South Dakota rally, the president used this time to mostly address the demonstrators during the George Floyd protests, implying that these “angry mobs” possess malicious intent under the guise of Black Lives Matter.

“The radical ideology attacking our country advances under the banner of social justice. But in truth, it would demolish both justice and society,” the president stated in his Friday address.

“It would transform justice into an instrument of division and vengeance and turn our free society into a place of repression, domination and exclusion. They want to silence us, but we will not be silenced.”

While invoking the names of the former presidents depicted on Mount Rushmore – George Washington, Thomas Jefferson, Abraham Lincoln, and Theodore Roosevelt – the president said that the monument would never be defaced and accused those who were destroying statues across the country of trying to erase history.

“Make no mistake, this left-wing cultural revolution is designed to overthrow the American Revolution,” the president continued. “In so doing, they would destroy the very civilization that rescued billions from poverty, disease, violence, and hunger, and that lifted humanity to new heights of achievement, discovery, and progress.”

According to The Hill, most of the statues that have been removed by protesters have been of people with a history of tyranny against people of color, such as explorer Christopher Columbus, Confederate officer Albert Pike, Confederate general J.E.B. Stuart and Confederate Navy captain Charles Linn.

As reported by The Washington Post, the President recently signed an executive order aimed at punishing those who deface or forcibly remove statues and refused to consider renaming U.S. military bases named for Confederate officers.