Christian Picciolini, a reformed neo-Nazi who now does work to deter extremism, says what Trump is doing is intentional 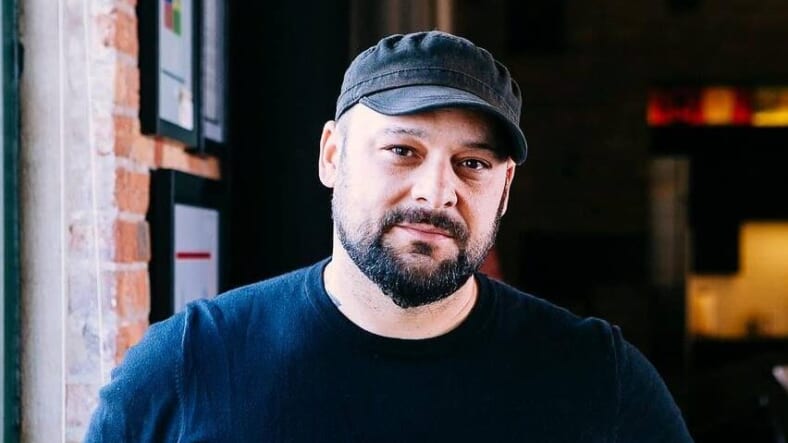 While many people, especially minorities, believe that President Donald Trump sympathizes with white supremacy, one former white supremacist has spoken out saying that he believes it as well.

Christian Picciolini, a reformed neo-Nazi who now does work to deter extremism, in an interview with NPR‘s “Morning Edition” last week expressed that the president has a pattern of behavior that is consistent with someone who subscribes to white supremacy.

Questions about this pattern were revived once again after Trump retweeted a video clip that included a white man wearing a MAGA hat yelling “white power” in late June. Trump later deleted the tweet, but has not commented on the matter.

Trump tweeted a video of a supporter chanting “white power.”

Any person of any race who supports Trump’s white supremacy should be ashamed of themselves. pic.twitter.com/jn154U83is

Picciolini in the Thursday interview said “this has been a pattern.”

The former neo-Nazi believes that regardless of what Trump’s actual affiliations are, what the president’s plan involves is spurring a reaction out of his base of supporters. Picciolini is now an author and founder of the Free Radicals Project, which works to prevent extremism, according to NPR.

“What is intentional, I believe, is the goal to instill fear,” Picciolini continued. “We’re seeing a lot more language that is racist, especially with the use of social media, and he is emboldening that kind of language through his tweets.”

In one of those tweets, Trump called a group of George Floyd protesters “THUGS.” His documented love for Confederate statues dates back at least to 2017 when wrote that a “beautiful” statue of Robert E. Lee was being removed.

Such rhetoric was amplified during his Friday speech, one day before Independence Day, at Mount Rushmore National Memorial in South Dakota, where he criticized demonstrators for forcibly removing more Confederate statues in the name of Black Lives Matter protests, saying: “this left-wing cultural revolution is designed to overthrow the American Revolution.”

“I think what President Trump is, is a megaphone,” Picciolini stated. “It’s as if Trump kicked over a bucket of gasoline on all of those small fires that have existed for 400 years and created one large forest fire.”

In a statement addressing since-deleted retweet of the white power clip, White House Deputy Press Secretary Judd Dere explained that the president “did not hear the [white power] statement made on the video” and that he liked the display of “tremendous enthusiasm from his many supporters.

“It was always used in a way that was a white supremacist manner,” Picciolini said. “Not in a sense that black power is used as a cry for equity and a cry against white supremacy. White power has always been used as kind of a bludgeon and not as anything other than that.”