Biden takes significant lead ahead of Trump in national poll 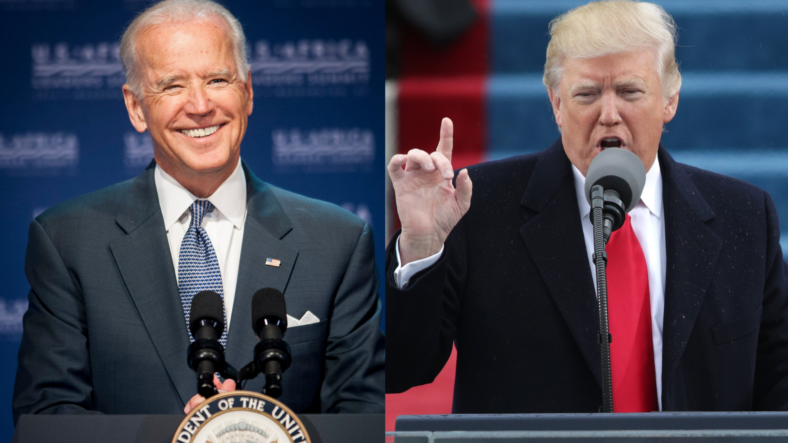 A new poll finds that former vice-president, Joe Biden, has taken a 14-point lead over President Donald Trump in the race for the White House.

The poll finds that Biden is leading particularly among women and nonwhite voters. Among African-Americans, Biden has a 74-point lead. However, Trump remains popular with his notorious base of white, non-college-educated voters.

Biden is leading in six battleground states that Trump won in 2016; Pennsylvania, Michigan, Florida, Arizona, Wisconsin, and North Carolina. In three of those states, he is leading by double digits.

The poll projects that if the election were conducted today, Biden would win the Electoral College by 333 votes, exceeding the 270 needed to secure the presidency.

President Trump’s deteriorating standing in the polls poses a threat to his party’s Senate majority, a New York Times/Siena College poll shows, especially as he loses support among college-educated white Americans — many of them once-reliable Republicans https://t.co/BiTYtsD3xk

The New York Times and Siena College conducted a poll of 3,870 registered voters from June 8 to June 18. Most respondents are disappointed in the president’s ineffectual handling of the coronavirus pandemic, as well as his response to racial concerns in the country following the police killing of George Floyd.

According to the poll, only 33% believe that Trump has effectively handled the protests that were sparked across the nation since the May 25 slaying.

The New York Times wrote that Trump, who has been a deeply unpopular president, has become even more distasteful after bungling the coronavirus response which has killed over 120,000 Americans and crippled the economy.

Comedian Seth Meyers, the host of Late Night with Seth Meyers, went viral with a segment he called, “A Closer Look at Trump’s Re-election Strategy.” In the piece, he noted that the president and his allies at Fox News have “very few tricks” left to win the election. Opting instead to “double down on explicit racism.”

READ MORE: Stevie Wonder on Trump: ‘It’s a bad day when I can see better than your 2020 vision’

In the last week, Trump has posted and retweeted videos of Black men in physical altercations with whites. In one post, he wrote, “Looks what’s going on here. Where are the protesters?”

Looks what’s going on here. Where are the protesters? Was this man arrested? https://t.co/2E1UbU5vNN