Former staff at the Smithsonian African Art Museum call for the removal of a current curator citing racist behavior. 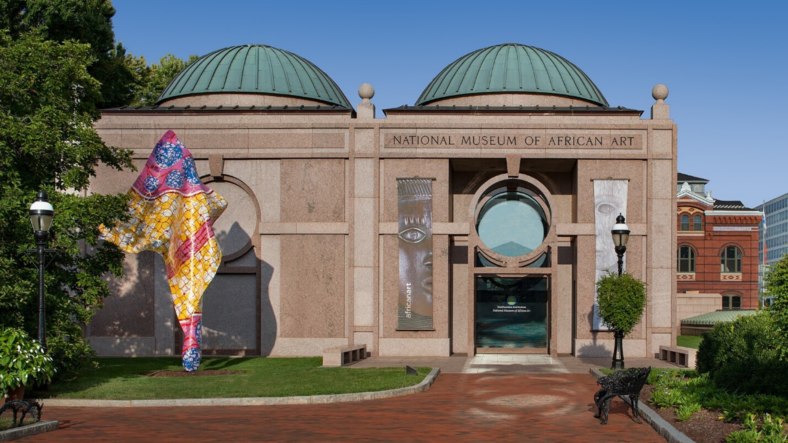 Former employees and board members of the Smithsonian African Art Museum are alleging racism went on behind the scenes.

HuffPost reports 10 past staff and board members claim the institution has a longstanding “culture of racism” and push for executives to combat the problem.

In a two-page letter obtained by HuffPost, the group alleges leadership enforced bigotry and racism. They call for the resignation of the NMAfA’s deputy director and chief curator Christine Mullen Kreamer to “enable real, systemic changes in the museum’s practices and policy implementation.”

According to HuffPost, the letter details that Black employees, both current and former, “reported or experienced incidents of racial bias, hostile verbal attacks, retaliation, terminations, microaggressions and degrading comments.”

Addressed to Smithsonian secretary Lonnie G. Bunch III, (the former curator of the National Museum of African American Art and Culture who oversees 19 Smithsonian museums in his new role) the group also alleges that the NMAfA’s has discriminatory hiring practices and a lack of diversity in its ranks.

The memo says managers attempted to promote white employees despite the official hiring mandate calling for a competitive hiring process. They also claim the museum employed an all-white curatorial team. Bunch became the first Black person in his role in 2019.

The signatories feel emboldened by recent events to apply more pressure to the NMAfA.

“It is a pivotal moment for people of color to be able to speak their truth and, where people of color have had bias affect them, be able to talk about it with the mindset that there is a platform now that supports the ability to do that,” says one person to HuffPost.

“The Black Lives Matter movement focuses specifically on police brutality and the vulnerability of people of color — but if you look at many different industries, organizations are now self-reflecting and, at the same time, people of color are looking at this as a time to speak up,” they continue.

A Smithsonian spokesperson issued a statement to HuffPost, which states the following:

“As a federal entity, we have established policies and processes in place to review employee complaints, and other human resources matters. Museum supervisors receive training and must abide by government-wide federal regulations. At the Smithsonian, not only do we adhere to these rules — fairness and equity are core to our culture, mission and who we are as a leader in the museum field.”