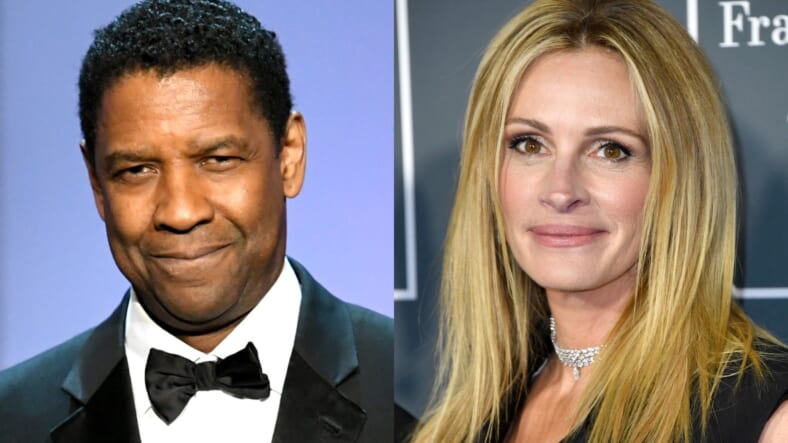 It looks like Denzel Washington is gearing up to reunite with Julia Roberts for a new thriller from Netflix.

The pair previously collaborated on the award-winning 1993 film, The Pelican Brief, and have long said they wanted to work together again. Now they’re set to star in a film that is already causing a stir.

Sam Esmail will direct and adapt Leave The World Behind, based on the upcoming novel by Rumaan Alam that landed at Netflix after an intense bidding war, according to Deadline. Alam signed a 7-figure deal with Ecco, an imprint of HarperCollins.

Netflix acquired the rights to the film for what has been reported to be $100M plus, by coming out on top when it got down to the final three bidders that included Apple and MGM, Deadline columnist Mike Fleming, Jr. reported.

This is just one of several big-money deals this year that include salaries and backends for both filmmakers and stars. The high mark was set at a reported $120M by Apple for the runaway slave drama Emancipation with Antoine Fuqua directing and Will Smith in the lead role, according to Deadline.

The premise of Leave the World Behind which will be co-produced by Roberts, Washington, Esmail, and Chad Hamilton already sounds pretty intriguing:

Amanda and Clay’s aspirational vacation with their teenage children is interrupted by the arrival of a middle-aged couple who own the holiday home and who have fled an unprecedented blackout in the city. When the internet, television, and radio stop working, as does the landline, they have no way of finding out what is happening. As strange sonic booms shatter the peace of the countryside, and animals start to migrate in strange ways, the physical and mental health of the families begins to disintegrate. The renters are upscale and White; the owners are upscale and Black. The issues of race and clash become distractions to the more alarming things are happening all around them.

Roberts will reportedly play the mother of the family that rents the house and Denzel Washington will play the homeowner.