Mike Adams, who was a sociology and criminology professor, likened the coronavirus lockdown to living in a "slave state" 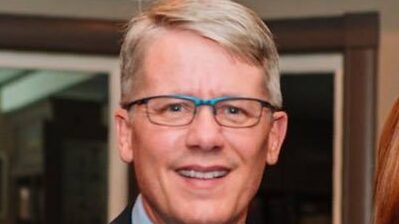 A University of North Carolina-Wilmington professor, who came under fire over controversial tweets on the coronavirus pandemic in May, was found dead in his home Thursday.

The body of Mike Adams, 55, was discovered during a wellness check carried out by the New Hanover County Sheriff’s Office, CBS News reported. Adams had recently announced he was retiring after he drew outrage for referring to the state’s Democratic Gov. Roy Cooper as “Massa Cooper” and likening the state’s pandemic restrictions to being in a “slave state.”

Adams took issue with Cooper and his stances on closing businesses and social distancing regulations in the state.

After dining on pizza and beer with friends at a restaurant as the state carried out its reopening efforts in late May, Adams tweeted that he “almost felt like a free man who was not living in the slave state of North Carolina.”

He ended the post with, “Massa Cooper, let my people go!”

Later, Adams went on to tweet: “Not surprising that the party of slavery is now the party of lockdowns. Individual liberty has never been the strong suit of Democrats.”

Following the tweets, over 60,000 people signed a petition to have Adams dismissed from UNC-Wilmington, which is part of the University of North Carolina System. The university called the tweets “vile.”

“For years Mike Adams has been a thorn in the side of UNC Wilmington,” the petition states. “From bullying a student into transferring to an inflammatory Twitter account that contains threats towards minorities and those exercising their first amendment rights.”

“When you write the university asking them to fire me don’t forget to leave a mailing address so I can send you a box of panty liners,” he wrote.

A professor of sociology and criminology, Adams was also a columnist for The Daily Wire, a conservative news and opinion website, and had gotten attention for polarizing posts on sexuality and race in the past, according to WNCN. In 2006, Adams successfully sued the university over discrimination of free speech after officials attempted to deny him tenure.

In 2016, Adams wrote an article for The Daily Wire entitled “A ‘Queer Muslim’ Jihad,” about a student activist.

Adams had announced his early retirement was due to begin on Aug. 1, while reaching a cash settlement with UNC-Wilmington over lost salary and retirement benefits for $504,702.

The cause of Adams’ death is still under investigation.