Rescue mission called off for 7 marines and 1 sailor, all presumed dead

There is an ongoing investigation into the circumstances surrounding the incident. 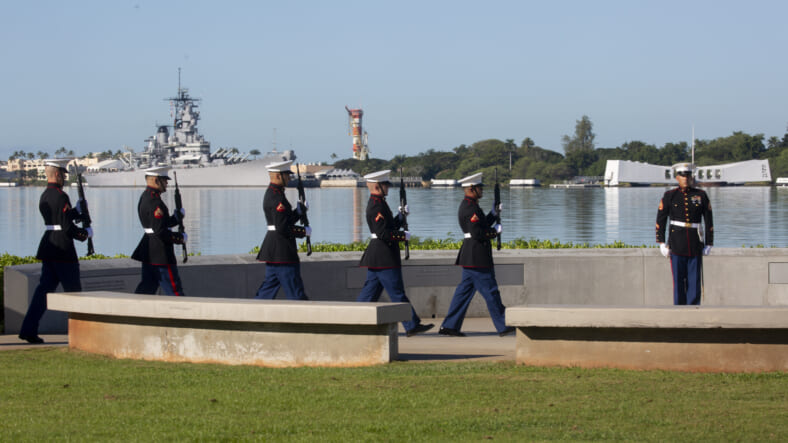 An extensive 40-hour rescue mission for eight missing service members officially ended today. They are all feared to be dead.

On Thursday, during a routine training exercise near San Clemente Island, 15 marines and one sailor were involved in an accident while inside an amphibious assault vehicle (AAV).

Search and rescue efforts were immediately launched by the marines with help from the U.S. Navy and Coast Guard.

READ MORE: How did a Black Navy vet disappear for three years only to be found dead in his apartment?

One marine was pronounced dead at Scripps Memorial Hospital La Jolla. Two others sustained injuries and were transported to local hospitals. A total of eight people were recovered from the AAV, while another eight went missing in the water.

The AAV weighs approximately 26 tons, and is believed to have sunk to the ocean floor – below the depths where divers can go.

The Marine Corp commanding general, David Berger, suspended all amphibious assault vehicle operations “until the causal factors of this mishap are better understood.”

He tweeted on Sunday that the difficult decision to suspend the search-and-rescue operation was made only after all resources were exhausted.

“Our thoughts and prayers have been, and will continue to be with our Marines’ and Sailor’s families during this difficult time,” Col. Christopher Bronzi, commanding officer of the 15th Marine Expeditionary Unit, said in a statement.

There is an ongoing investigation into the circumstances surrounding the incident. All of the victims’ next-of-kin have been notified as of Sunday.

The names of the dead marines and the sailor will be released within the next 24 hours.