The late congressman will be the subject of a CBS special 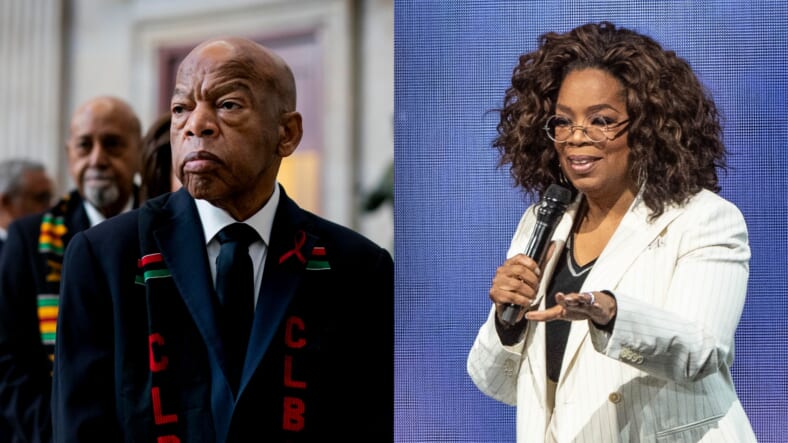 Oprah Winfrey will be part of a tribute to the late Rep. John Lewis (Photos: Getty Images)

This week, it’s been announced that in honor of late Congressman John Lewis CBS has enlisted the help of several major celebrities and political figures to create an hourlong special called John Lewis: Celebrating A Hero.

READ MORE: April Ryan predicts Trump will have to be removed by armed forces in 2021

According to Variety, the tribute will take over multiple ViacomCBS networks and will air on CBS, OWN, BET, MTV, and the Smithsonian network on August 4.

It will be hosted by media powerhouses such as Oprah Winfrey, Tyler Perry, Gayle King, and Brad Pitt, and will feature “musical performances, interviews, and inspirational conversations about Lewis’ life and legacy” from people like Jon Batiste, Yolanda Adams, Common, Jennifer Hudson, John Legend, Trevor Noah, Billy Porter, and Wynonna.

“John Lewis was an extraordinary man,” said Winfrey. “A man of great vision who lived a life with the purpose of making sure America lived out its ideals.”

“This is a celebration of the ‘boy from Troy,’” added Perry. “A forefather of the civil rights movement, who would live to see his contributions for equality result in witnessing the swearing-in of the first Black United States president.”

Susan Zirinsky, president and senior executive producer of CBS News, said the decision to pay homage to the lawmaker and civil rights icon was a no-brainer, explaining, “Congressman Lewis was one of the most prominent and forceful voices for change in this country. Losing that voice now is so difficult as the country confronts structural racism. But John Lewis gave us the will and the way to continue his work.”

She also noted that she hopes the special will remind all of us that, “the journey will not be easy, and there’s no turning back.”