The media mogul will co-host the event along with Jeffrey Katzenberg, George Clooney and philanthropist Andrew Hauptman. 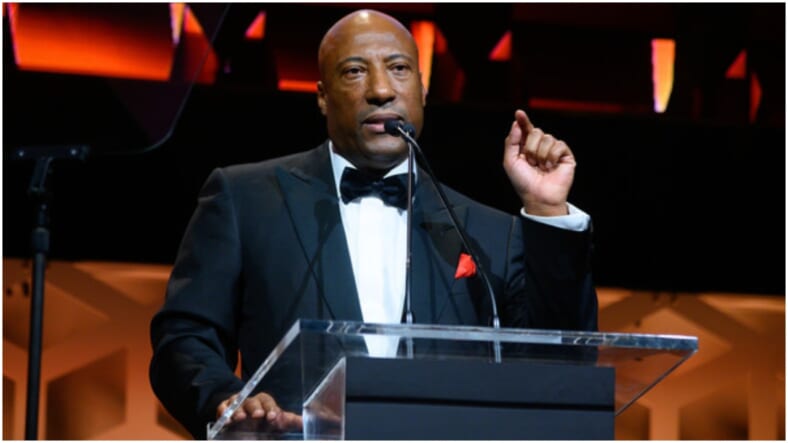 Byron Allen is set to host a virtual fundraiser on Friday for Joe Biden and Kamala Harris, as part of a series of similar events lined up for the week for the Democratic presidential ticket.

Allen will co-host the afternoon event on Aug. 21, along with Jeffrey Katzenberg, George Clooney and philanthropist Andrew Hauptman, Deadline reports. The Hollywood titans will be joined by their wives and other hosts including Los Angeles Mayor Eric Garcetti.

The Biden campaign reportedly has several fundraisers slated throughout the week. On Tuesday afternoon, the former vice president joined actor Tom Hanks for a virtual fundraiser dubbed the “Grassroots Fest,” with tickets costing $10.

“We have this great reckoning that is going on as far as who we are as a people, about our diversity,” Hanks said at the event. “That there is an election that’s going on here in 2020 is almost like, that’s when you got to give a nod of the head that something bigger might be at work right here, and there is a chance for a reckoning. Every election comes along, and you can always make the argument, ‘This is the most important election of our lives.’ This is the most important election in the history of America.”

Hanks, who in March announced that he and wife Rita Wilson tested positive for COVID-19, also noted: “You don’t have to be Superman to fight for truth, justice and the American way.”

A division of Allen Media Group, part of the parent company which owns theGrio, Allen Media Broadcasting was founded by Allen, who serves as chairman and CEO.

“Over the past year we’ve invested over $500 million to acquire best-in-class, top-tier, broadcast network affiliates,” the media mogul said in a statement. “We plan to invest approximately ten billion dollars to acquire more ABC, CBS, NBC, and FOX television stations over the next two years with the goal of being the largest broadcast television group in America.”