Derrick Miles was ready when his company's services were needed most 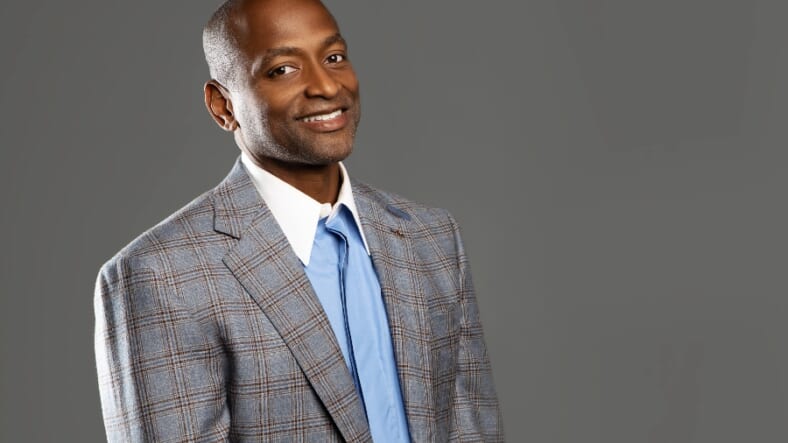 As medicine becomes virtual and mobile for the foreseeable future, inventor Derrick Miles is at the helm with the medical startup CourMed. The mobile application features enterprise software to crowdsource medical supply deliveries from providers to patients in the safety of their own homes.

Read More: What we have to lose with Trump: Black lives and our health

With a special focus on those who are 55 and older, Miles aims to deliver encouragement along with prescription meds, vitamins, supplements, CBD oil, home medical supplies, and more.

In a recent interview with theGrio, Miles shared his triumphant journey of going from an HBCU campus to a partnership with Microsoft announced earlier this year.

Even as a child, Miles always knew he wanted to help people.

“It’s almost like I got a little whisper as a kid,” he said. “I never pursued any other field other than health care.”

He recalled the exact moment his purpose became clear while employed as a medical technologist.

“One day I was working in the lab and I heard this small voice [tell me] to go in the physicians’ lounge. If you’re not a physician you don’t go [into] the physician’s lounge. But I was still obedient [to that voice].”

On the table was a magazine called Hospitals and Health Networks. The cover story, featuring three smiling white male doctors, inspired Miles to reconsider his place in healthcare and prioritize ownership within the field. He says it was something he’d never thought about before.

“I decided that I was going to move out of healthcare leadership positions to [build] a company that I could actually own and then to pass down,” he said.

Thus, CourMed was born. Originally launched in 2018 in the Dallas-Fort Worth area, Miles had no idea he’d be perfectly positioned to fill a unique need during the novel coronavirus pandemic.

“What CourMed does is perfectly fit to keep people home and healthy,” he said. According to Miles, the healthcare industry has a history of being behind on the latest technology. That’s why it was important for him to develop and patent his inventions with the expectation that he’d eventually receive the funding to help him grow.

“Healthcare was still using courier models until we launched in 2018. And still today, in 2020, we have zero competition as far as delivering packages in the way that we do it. I was always a person trying to think of ways to do it better, quicker, faster,” Miles said about his delivery model, now dubbed the ‘Uber of healthcare.’

After CourMed generated over six figures in revenue its first year, Miles and his team aimed to scale by 300% in the second year with the use of local celebrity endorsements appealing to their core demographic.

After studying their users, they developed a strategy to continue their rollout by focusing on the states with the largest populations of people 55 and older.

Texas, Arizona, California, and Florida turned out to be the places 25% of Americans 55 years or older live.

In February of this year, CourMed was selected by Microsoft’s tech incubator, Microsoft for Startups, to receive technical, business, and sales support to help scale its concierge service for patients, employees, and customers nationwide.

“We’ve had [telehealth] in our app for two years, but again, health care was slow. It took COVID-19 for them to adopt it. So when Microsoft was looking for someone to do drones here locally, we were like ‘Oh my! We developed our drone technology over six months ago’ so they brought us in their program,” Miles recalled.

Miles credits his success to his HBCU education where he was afforded his first opportunities in leadership. He graduated from Bethune-Cookman University in 1995 with a B.S. in medical technology and an important lesson.

“I was junior class president at Bethune-Cookman University, and my mother told me, ‘Derrick, you’d never gotten that shot if you went to a predominately white institution.’ So I got access to lead at a very early age and it let me know that I could get into corporate America and lead and be effective.”

Today, CourMed boasts 5-star delivery reviews. Miles is not surprised, he said, because his goal has always been to encourage people.

“Every SMS text message, barcoded delivery label or Zelle payment we send, the drivers [sees] two words: ‘Be encouraged.’ Because you never know what people are going through, but regardless of where you are in life there’s one area in your life that you need to be encouraged,” he said.

“That’s the foundation of what CourMed does.”