More than 1,500 residents in Detroit have died due to COVID-19 in the past few months 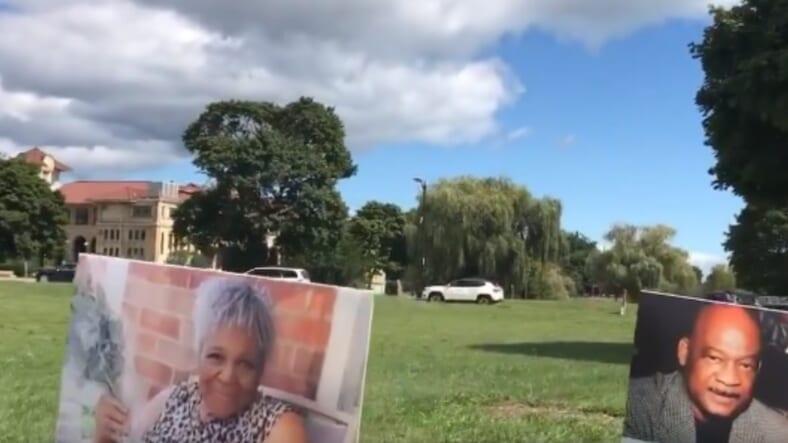 The over 1,500 COVID-19 victims in Detroit who have lost their lives to the virus were honored in a day-long memorial at Belle Isle.

According to The Detroit News, Monday, thousands of residents drove into the island Park off Jefferson to view a public display of 907 billboard-sized posters of loved locals and first responders who passed away between March and Aug. 18.

Among those being honored was Frances Bazel, a widely loved “community mother” who over the years took in 10 foster children. According to her granddaughter, Ericka Murria, she died April 4 from COVID-19, all alone.

“We got a call in the middle of the night that she couldn’t breathe,” recalled Murria, 37, whose family thought the matriarch would be safe from the virus while undergoing rehabilitation at a Detroit nursing home. “It continued to spiral downward. COVID attacked her major organs, pneumonia came about, and she went into a coma.”

Unfortunately, due to health mandates, the family wasn’t able to see Bazel or sit by her bedside as she took her last breath.

As Murria and her family approached the billboard put up in honor of her grandmother, Bill Withers‘ “Ain’t No Sunshine” began to play on the blues music station they had tuned into on the radio.

“It’s almost like we saw her,” she said. “I know I couldn’t hide my tears after that.”

“This city was hit harder than most. We took it seriously together, as partners,” Gov. Gretchen Whitmer said Monday.

She and Lt. Gov. Garlin Gilchrist joined Detroit Mayor Mike Duggan to kick off the memorial day with remarks near the bridge entrance at Jefferson and East Grand Boulevard.