Before the duo's highly-anticipated Verzuz battle commenced, Phifer discussed his appearance in their hit video and connection to their R&B legacies. 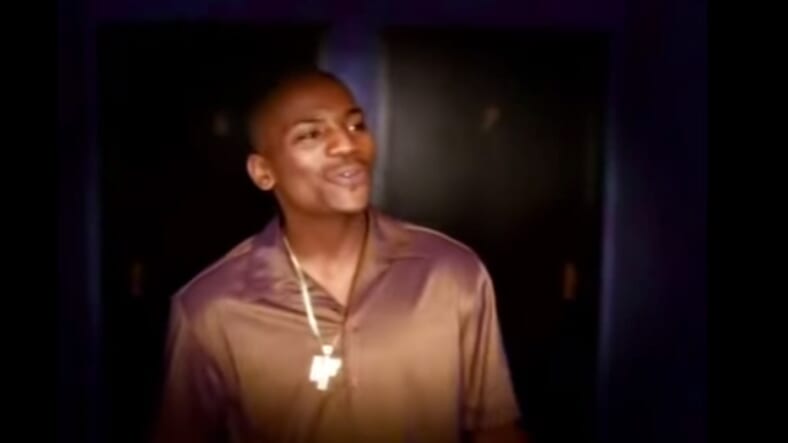 Actor Mekhi Phifer as the mutual love interest in the video for Brandy & Monica's hit 1998 duet, "The Boy Is Mine."

Mekhi Phifer starred alongside Brandy and Monica in their classic 1998 music video, and their “The Boy is Mine” video co-star took a trip down Memory Lane before the songstresses faced off in their Monday Verzuz battle on Monday.

The 21-round, jam-for-jam matchup between the two legendary R&B singers garnered well over a million viewers, but before their highly-anticipated battle commenced, Phifer discussed his connection to their legacy.

“I had just moved to California from New York, and I was meeting with the people involved with I Still Know What You Did Last Summer, and Brandy had already been cast in the film as my love interest,” Phifer told Entertainment Weekly. “We were getting ready to shoot the movie in a few weeks, and in between all that, she was working on the music video for ‘The Boy Is Mine.’ They asked me if I wanted to be the boy in ‘The Boy is Mine,’ and I thought it would be a cool little prequel to the film, so I said, ‘For sure!’ The rest is history.”

R&B music in the 1990s is known for sensual love songs, and, as separate songstresses, Brandy and Monica were two of the decade’s top-selling young artists. Speculation of a feud between the Black women began in the ’90s and followed them throughout their entire careers.

“There was little stuff there. I think Brandy and her camp were used to having all the attention on her, in some respects. At this point, Brandy had played Moesha and had hit singles and had already released an album, and Monica was up-and-coming and doing her thing. So, there may have been some tension there, but I didn’t see it there until maybe a little bit later,” said Phifer.

Read More: Master P clears the air on C-Murder efforts after rebuke from Monica: This is about ‘Big Mama’

The “are-they-competing-or-not?” controversy boosted the storyline of “The Boy is Mine,” making this song one of the hottest collaborations of the ’90s R&B era, and Phifer’s supporting role became pivotal for the culture.

The veteran actor reprised his role as the two’s love interest in a modern take on the music video to promote their Verzuz battle. Their new skit extended “The Boy is Mine’s” universe 20 years into the future.

Dedicated R&B fans are emotionally invested in the rivalry storyline rooted in both “The Boy is Mine” song and its popular video. When Brandy and Monica played their hit song during their Verzuz battle Monday, some of the audience was looking for Phifer.

Phifer discussed how the ‘98 music video would end if it was shot today.

“We’re all older and more mature today, so who knows how it would end?” ” he wondered aloud. “When the video ends, I’m acting coy, so we don’t really know what happens. Did I choose one over the other? Or did they both call me a cheater and say, ‘Get away from me!’ Who knows?”

“Today, I’m happily married, and my wife and I are building for our future,” he said. “You get to a point in life where you can’t run that rat race anymore.”