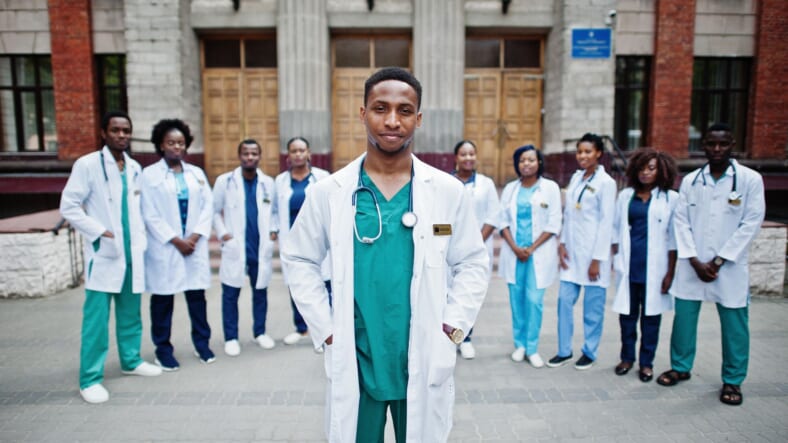 This week it was revealed that former presidential candidate Michael R. Bloomberg is responding to the ongoing COVID-19 pandemic by donating a $100M to Black students studying to become doctors.

According to the NY Times, Thursday, the billionaire businessman announced that his charitable organization, Bloomberg Philanthropies, has committed to giving $100M to medical schools at four historically Black colleges and universities (HBCUs) over the next four years.

In an op-ed for CNN titled “To save Black lives, we need more Black doctors,” Bloomberg concedes that one of the many reasons Black Americans are dying from COVID-19 at disproportionate rates is because of inequitable health care.

“Black patients overall have better outcomes when they are treated by Black doctors. A wealth of data supports this, including a recent study that found Black newborns treated by Black physicians had higher rates of survival,” he writes.

“Currently, Black people make up about 13% of the US population but, according to the Association of American Medical Colleges, only 5% of practicing medical doctors. And while this disparity has been growing for years — especially among Black male doctors — the coronavirus threatens to make it far worse.”

His organization’s immediate goal is to reduce medical students’ financial burdens by gifting 800 of them with up to $100K in grants. The ultimate objective is that these recipients will use their educations to contribute to the health and wealth of Black communities.

“If the goal of the portfolio is to create intergenerational wealth, we have to think about the mortality and the life span of the Black community,” said Garnesha Ezediaro, program lead for the Greenwood Initiative, Mr. Bloomberg’s philanthropic effort.