OPINION: The National Basketball Association is still a Black man’s league, and after this summer’s activism, it’s never going back. 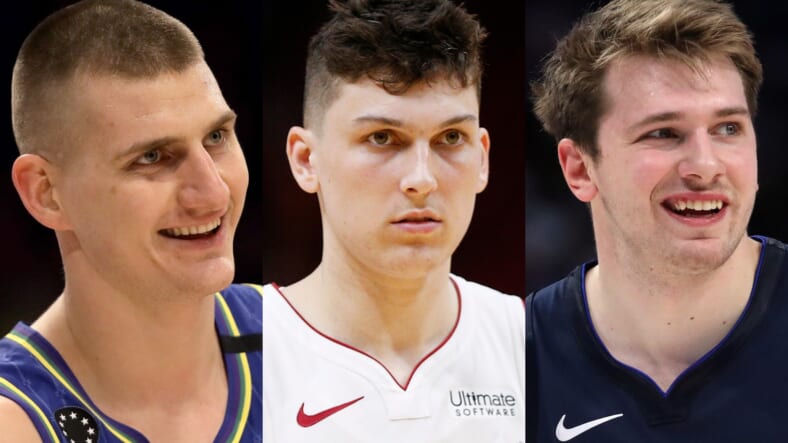 “I think it’s good for a fan base because, as we all know, the majority of the fans are White America. And if you just had a couple of White guys in there, you might get them a little excited. But it is a Black man’s game, and it will be forever,” he replied.

Bird wasn’t saying anything that 99% of NBA ownership and then NBA commissioner David Stern hadn’t been saying under their breath for years. The National Basketball Association has spent 30 years looking for its Great White Hope. A White player with that rare combination of championship mettle, ESPN highlight level play and off-court charisma, that will supposedly lure White fans back to a league that is dominated by Black players and culture.

Read More: The Los Angeles Lakers are going to the NBA finals

Ironically, heading into the NBA finals the league finally got their wish, too bad it happened about 6 months too late.

The renaissance of the NBA in the 80s was due to the racial proxy battle between charming, good looking and unmistakably Black Magic Johnson of the glitzy Showtime Los Angeles Lakers vs. the lanky, tousled hair, Indiana born White Larry Bird of the blue-collar Boston Celtics. The thinly veiled symbolism of these two icons battling it out on the court was lost on nobody. Black folks rode with the Lakers religiously, and Boston Sports radio in the ’80s during NBA season was indistinguishable from a Trump rally today.

However, after a couple of championships, when Larry Bird finally hung up his basketball shoes after the 1992 season it would be nearly 30 years before the NBA had another, let alone several, legitimate White superstars.

Why does it matter if the NBA has White Superstars? It shouldn’t, but like everything else in America the White man’s ice water is colder, and the almost exclusively White NBA team owners, and majority-White male-dominated sports commentariat, believes that the league’s Blackness is a turnoff to White fans and their money. This isn’t cynical speculation.

Former Atlanta Hawks owner Bruce Levinson in 2012 emailed team executives to complain that the Hawks’ financial struggles were due to Black cheerleaders, too many Black folks on the Kiss-Cam, and hip-hop music scaring White fans away from games. It apparently never occurred to him that putting a lousy team on the court might’ve played a role too. Even White basketball fans who are supposedly steeped in Black hip-hop culture are still desperate for a White Avatar on the court.

While most rap shout-outs to NBA stars are littered with references to LeBron James, Kobe Bryant and Michael Jordan it’s amazing how often White rappers find a way to name drop White players. Asher Roth shouts out Spencer Hawes (who the heck is that?), Action Bronson shouts out Steve Nash, heck Post Malone even called himself the “White Iverson.” Jack Harlow’s “What’s Poppin” is a 2020 bop, but there’s a lot of Whiteness to unpack when he felt the need to shout out John Stockton of the Utah Jazz, a player who retired when Harlow was 5.

Google “Great White Hope and NBA” and you’ll see a mayonnaise graveyard of overrated White stars that the NBA and entrenched sportswriters tried to lift up. The racialized rhetoric describing these players is a tell-tale sign. Black players are “physical specimens” with “high basketball IQ” (as opposed to just being smart) and White players are described as ‘gym rats’, ‘hard-working,’ ‘cerebral’ or the classic ‘deceptively athletic.’

Players like Keith Van Horn of the New Jersey Nets, Tyler Hansbrough of the Indiana Pacers, Jason Williams of the Sacramento Kings was even dubbed “White Chocolate,” but all of them melted in the spotlight. Even legitimate Hall of Fame White players like Dirk Nowitzki (Dallas Mavericks) and Steve Nash (Phoenix Suns), never became the faces of the league. Dirk was overshadowed by more exciting power forwards like Tim Duncan, Chris Webber and Kevin Garnett.

Nash, despite two affirmative action MVP awards from 2005-2006, (that first one should have been Shaq’s) never made the NBA finals with the Suns, and worse he was liberal and political long before it was sexy. You can’t sell the NBA as a safe space for Joe Sixpack if the face of your league is a Canadian speaking out against Arizona’s racist immigration laws and the Iraq invasion. By the 2010s the NBA was so desperate they tried to sell us on the Donny Osmond of basketball Jimmer Fredette, and Adam Morrison who looked like Ron Jeremy post Weight Watchers.

In 2016 The Undefeated published a piece declaring American-born white NBA players were all but extinct. Then in 2020, three things exploded in quite a succession: COVID-19, Black Lives Matter, and a trio of superstars.

The current generation of NBA players have been active on racial issues for years, wearing hoodies in honor of Trayvon Martin, protesting the racist rants of Clippers owner Donald Sterling, and many players were even more activated by the Black Lives Matter protests after the killings of George Floyd, Ahmaud Arbery and Breonna Taylor. By the time players went into the NBA bubble for the playoffs in August, they’d negotiated turning arenas into voting centers, put Black Lives Matter on the courts, and were wearing league-approved messages about racial justice.

Right-wing pundits in and out of sports were apoplectic, claiming this activism would ruin the NBA for (White) fans, which is funny since the playoffs have finally provided those alleged White fans what they’ve been seeking for 30 years: The best crop of White stars since Larry Bird was sinking jump-shots.

Luka Doncic (Dallas Mavericks), Nikola Jokic (Denver Nuggets) and Tyler Herro (Miami Heat) are the Great White Hopes the NBA has been waiting for, whose bubble playoff performances have turned them into legitimate superstars because they’re actually good, not just because White America needs them to be.

Twenty-two-year-old Luka from Slovenia put up highlight reel after highlight reel during the playoffs, and even stood his ground when a Black player derisively called him “White Boy”  which ingratiated Luka to conservative sports watchers (you know, the ones that claimed they stopped watching months ago?) and gave some Black sports analysts the opportunity to go full Stephen from Django defending him. “The Joker” was an unstoppable force for the Nuggets in the playoffs until they lost in 5 games to the immovable object of LeBron James and the Lakers in the Western Conference finals.

Then most spectacularly is the American-born Tyler Herro of the Miami Heat who are heading to the finals against the Lakers. Herro has it all, his name is a Sneaker company’s collective orgasm, he’s only 20, has on-court swag and Jimmy Butler, the closest thing in the modern NBA to Charles Oakley, vouches for the kid’s skills. If Machine Gun Kelly and Jayson Williams had a kid, it would be Tyler Herro. Are they finished products? No. Luka could be more consistent, Joker plays defense like an air tube man outside a car dealership and Herro is still coming off the bench — but they can all ball.

Six months ago, pre-COVID-19, pre-Black Lives Matter, the NBA could’ve packaged these under 25 players and told fans and advertisers that the NBA’s post LeBron future (he’s 35) was going to be all white (*ahem*) right. However, it’s hard to sell the NBA to cul-de-sac conservatives when Black Lives Matter is emblazoned across the court. No amount of 40-point games by Luka can cover up his Dallas teammates talking about Botham Jean. And any White guy who dresses like this during the NBA draft probably won’t be rocking a Blue Lives Matter tattoo.

The NBA is forever changed, it’s not just a Black league by talent as Larry Bird said; it is now a Black league by image, policy and rhetoric. Even a trinity of great White hopes can’t return the league to apolitical Whiteness, but for the first time in 30 years, league owners will have some diversity in ESPN highlights.