The South Carolina senator recently called Proud Boys a 'racist organization,' however, a photo shows him smiling with a known leader of the white nationalist group. 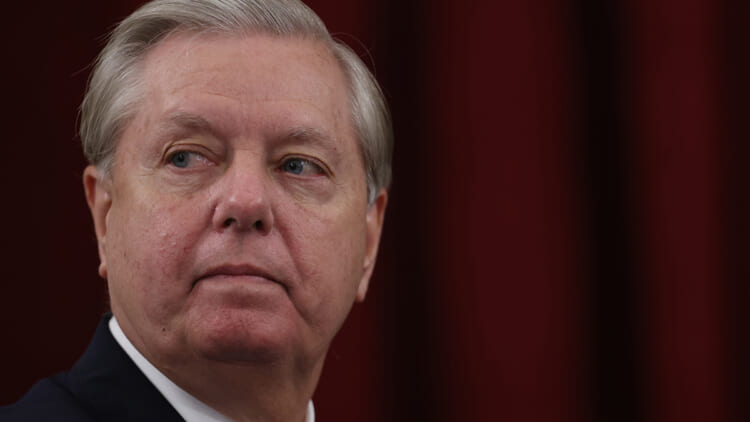 Just days after President Donald Trump appeared to support the white nationalist group, Proud Boys, during Tuesday night’s presidential debate — only to later disavow them after mounting pressure — a photograph has recently surfaced showing Republican Sen. Lindsey Graham (R-SC) with a member and organizer of the organization.

The photo, which has made its rounds on Twitter, shows Graham smiling for a photo-op with Joe Biggs, a known member and organizer of Proud Boys, which has been classified as a hate group by the Southern Poverty Law Center.

In the photo, Graham and Biggs appear to be sitting in a restaurant, as there are waiters standing behind them. Biggs is a visible organizer and leader of Proud Boys based in Florida. He’s repeatedly been photographed front and center at demonstrations.

theGrio reached out to Sen. Graham’s press office about the photo, however, a request for comment on if or how Graham knows Biggs personally was not immediately responded to.

Proud Boys was founded in 2016 by VICE Media co-founder Gavin McInnes and self-describes as “western chauvinists” with “anti-political correctness” and “anti-white guilt” agenda. The group has also aligned itself with the alt-right movement and participated in the infamous and violent Unite The Right rally in Charlottesville, Virginia.

President Trump made headlines this week after he told the Proud Boys to “stand back and stand by” when pressed by moderator Chris Wallace to publicly condemn white supremacist groups. Trump later condemned them after calls for him to disavow or clarify his statement, which was interpreted as a dog whistle for the white nationalist organization.

Biggs praised Trump’s “stand by” comment, writing on social media, “Trump basically said to go f–k them up! this makes me so happy.”

Following Trump’s initial comments about Proud Boys, Sen. Graham called the group a “racist organization” in an official tweet the day after the debate.

“I agree with @SenatorTimScott statement about President Trump needing to make it clear Proud Boys is a racist organization antithetical to American ideals,” the South Carolina politician tweeted.

In a statement provided to theGrio in response to the photo of Graham and Biggs, Graham’s Democratic challenger in the upcoming 2020 election, Jaime Harrison, said: “Our elected officials must be clear and unequivocal on this, particularly during this shared moment as a country,” Harrison said. “Hatred and white supremacy have no place in South Carolina, nor should the vile ideas from groups like the Proud Boys be offered safe harbor anywhere across the United States.”

Harrison, who is Black, has proved himself as a formidable opponent against Graham. A recent Quinnipiac University poll classified Harrison and Graham’s race for Senate as a “toss-up,” as the two politicians are locked in a dead heat.