OPINION: Biden will have a lot on his plate when he steps into the White House, and the needs of Black people must be at the top of his list 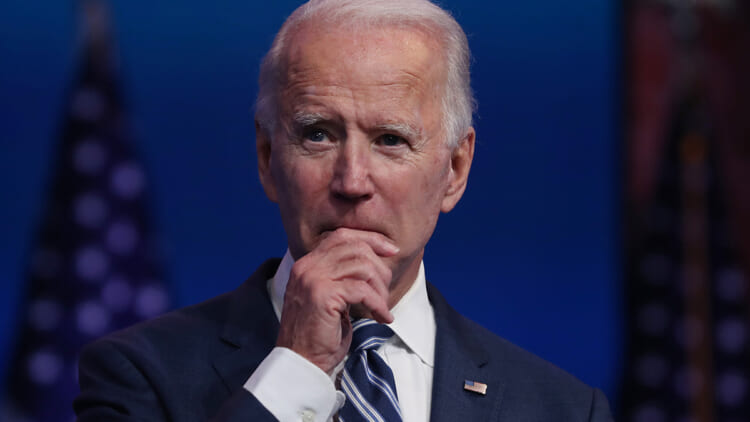 U.S. President-elect Joe Biden addresses the media about the Trump Administration’s lawsuit to overturn the Affordable Care Act on November 10, 2020 at the Queen Theater in Wilmington, Delaware. Mr. Biden also answered questions about the process of the transition and how a Biden Administration would work with Republicans. (Photo by Joe Raedle/Getty Images)

What should the Biden-Harris agenda for Black America be for the first 100 days?

The victory of President-elect Joe Biden over incumbent President Donald Trump — thanks in no small measure to the efforts of Black people who quite literally voted for their lives — means America has a fighting chance to become a real democracy where Black people are treated like human beings with full citizenship.

Biden will have a lot on his plate when he steps into the White House, and the needs of Black people must be on his agenda. While there is much to be done, these are highlights of what an agenda for Black America should look like in a Biden White House:

The U.S. is still mired in a crippling pandemic made worse through Trump’s callousness, negligence and incompetence. This plague continues to ravage the nation, and African Americans are among the hardest hit in terms of health complications, deaths and the related socioeconomic consequences of the coronavirus.

Nearly half of Black-owned businesses have gone under, and more are expected to shutter. And Black folks are disproportionately suffering from unemployment, poverty and homelessness.

While the Republican Senate believed a new Supreme Court justice was more important than saving lives, America needs COVID-19 relief now, and Black America needs it yesterday. Amid massive joblessness and deprivation, the Biden administration should enact what other countries have implemented to curb the pandemic, which is some variation of a universal basic income, including monthly direct payments to people. And given the ways in which college loans prey on Black people, now is a perfect time to erase student debt.

Biden said he supports a bill to study reparations to Black people for slavery. Legislation would establish a commission to study the impact of slavery and discrimination from 1619 until the present, and develop proposals for reparations to the descendants of the enslaved. The Black Lives Matter protests of 2020, the largest social justice movement in U.S. history, cry out for action on this nation’s original sins of slavery and genocide. Confronting the crimes that built America means repairing 400 years-worth of damage, making amends and making Black people whole through policies, programs and payments.

Now is the time to rein in law enforcement agencies and departments across the country for their abuses, brutality and racial violence. The federal government can use the purse strings to set standards on how police departments conduct business and employ the use of force, ban military equipment for the police and so-called nonlethal weapons such as teargas and rubber bullets.

Groups such as the Movement for Black Lives, Campaign Zero, President Barack Obama’s Task Force on 21st Century Policing and others have already mapped out proposals such as the BREATHE ACT, which would divest tax revenue from racist policing, reimagine public safety and invest in communities. Further, the Biden Justice Department must get back into the business of holding police accountable through consent decrees that force change, and use the law to punish bad cops and root out white supremacists in law enforcement. The days of the slave patrols are over.

Since the U.S. Supreme Court declawed the Voting Rights Act, Black people once again have become second-class citizens under Jim Crow 2.0. The Republican Party has relied on voter suppression and intimidation, voter purges and gerrymandering as their weapons of choice to disenfranchise Black voters. Biden must sign the John R. Lewis Voting Rights Advancement Act, which passed Congress and stalled in the Senate.

This legislation would restore the Voting Rights Act, reinstate federal oversight of state election laws and dismantle barriers for voters to access the ballot. A fight for racial justice in our elections also means eliminating corruption and unlimited money in politics, in which a relatively small group of white men have paid for the policies that continue to oppress the poor and people of color.

Biden and the Democrats must also seek reform of the undemocratic Electoral College and U.S. Senate, institutions created to support slaveholding states and distort their power. Other statehood for the District of Columbia and the Caribbean and Pacific islands that are U.S. territories, yet whose 4 million American citizens cannot vote in federal elections.

America’s judicial system cannot provide equal justice when it does not reflect the diversity of the nation, and it becomes the captive of a narrow ideology of white Christian nationalists. With the confirmation of Justice Amy Coney Barrett, the Supreme Court has a 6-3 conservative majority.

Outsourcing its judicial selection process to a shady dark money operation known as the Federalist Society, the Trump administration stacked the courts with extremist political operatives, mostly young white men, often unqualified, and united in their opposition to civil rights and social justice.

If Biden has any chance of making his policies stick, he requires a reformed and balanced federal court system, with more seats on the Supreme Court and the lower courts to increase diversity and inclusion, term limits, and a code of ethics for Supreme Court justices. Everything should be on the table.

People of color are disproportionately impacted by climate change. In an era of environmental degradation brought on by climate change, and economic depression resulting from years of inequality exacerbated by a year of COVID-19, Biden must fight multiple pandemics at once.

Finally, the Biden White House must find out where Trump buried all the bodies. We may not know the full extent of his potential criminality and corruption for years to come. From potential tax fraud, the intentional mass deaths of Americans under COVID-19 — under the assumption that people of color would suffer the most — to sabotaging the post office, and from the forced sterilization of Black and Brown migrant women by the kidnapping of children in ICE detention centers, crimes and violations have most certainly been committed.

Part of disinfecting the White House for future use includes a presidential crimes commission to get to the heart of what Trump did in our name.

Black voters need an agenda, and we must take that agenda to the soon-to-be President Joe Biden and Vice President Kamala Harris. A Biden victory does not mean Black America can afford to take a nap until the 2024 election. Democracy is not an armchair spectator sport, and the past four years have taught us as much.

As the old Teddy Pendergrass song goes, “Wake up everybody, no more sleepin’ in bed.”