To celebrate Thanksgiving is to celebrate the murder of Native Americans

OPINION: As a country we have turned the holiday into something so commercial without really examining the true pain behind it

To celebrate Thanksgiving Day is to celebrate the butchering of Native Americans, and as a Black man living in America that is something that I will never be able to celebrate.

This is a holiday that white people have established and have created a narrative around as something that is delightful for American families to commemorate, but it actually has a history rooted in the killing of Native people who were on this land before it became the United States of America we know today.

As a graduate of Morehouse College, I have been conditioned early on to look beyond the information that is presented to me about the history of America and do further research outside of the lens of a Eurocentric perspective.

America is a country that has been designed to uphold the white male patriarchy. Case in point: John Winthrop, an English Puritan lawyer and a leading figure in colonizing the Massachusetts Bay Colony instituted Thanksgiving Day. But the interactions between Pilgrims and Wampanoag Native Americans were far from being friendly.

Natives and their children were slaughtered. Many were infected with disease as a result of their contact with the Europeans. They were also enslaved and sent to the West Indies and also to Spain as slaves. So, there’s a kinship between Native and Black people, because of the things that we as African Americans have been through in this country, namely the horrors of slavery.

I have not celebrated Thanksgiving Day for well over 20 years, and to think that we as a country have turned it into something so commercial without really examining the true pain behind it, is quite telling of many of the cyclical patterns in America that revolve around erasing history to benefit a select few. It’s disheartening that we’ve monetized a holiday without knowing the true facts behind it.

America is a capitalistic society that uses holidays to generate money

I personally believe that people have missed the message on why holidays are established, because when you actually look at holidays from a conscious perspective: Independence Day, Thanksgiving Day, and even Christmas, have all turned into financial holidays.

People have forgotten that it’s supposed to be about family, coming together, or something more meaningful. It’s all commercial now. As I think about all the things that are happening in the world today, especially in America, I can’t help but notice many of the things that were hidden about America’s history and its legacy of insensitivity and abuse of anyone who’s not a part of the white male patriarchal construct — are now coming to the light and being exposed on a much larger scale.

Speaking of capitalism, many negative and derogatory images and labels are being removed from products that have long been sold in grocery stores because of their stereotypical marketing and branding rooted in negative, racist stereotypes. The 130-year old Aunt Jemima brand of syrup and pancake mix, for example, will be getting a new image and name, Uncle Ben’s Rice, the Eskimo Pie brand, and others are revisiting the very images that their brands have been established on.

I notice that there are so many changes being made as a result of the many social and political movements in operation today. Now, that history is being exposed and derogatory labels and images are being removed people are saying, “Why are they being removed? What’s the big problem?”

The big problem is that these brands were created out of insensitivity and an American habit of erasing histories that don’t align with the narrative of the white power structure. I watched the NFL with their recent apologies to Colin Kaepernick, and the Washington Redskins NFL team changing its name. I can’t help but think why now and all of a sudden?

It’s not that all of a sudden that this name has just become offensive to Native Americans, but now I believe that society as a whole is beginning to publicly hold the majority mostly white male team owners accountable for their racist behavior, evident disregard and insensitivity for the identities and histories of others.

As a perceptive Black man, I can’t help but notice how the Black Lives Matter movement has brought attention to these things. The epithets that have been used in grocery stores on products and the commercialization that takes place during the Thanksgiving holiday are ridiculous, and no one researches the actual meaning behind these images, symbols, products, and different types of verbiage that are being used and represented until, of course, these things are brought to the light.

I believe that it is this obliviousness to the harsh realities of others through systemic erasure, that society continues to uphold ideals and traditions that are deeply problematic. I notice that many love to brag about vacationing and owning property in Martha’s Vineyard and Nantucket because many do not know that those locations were bloody battlefields for Native Americans, many of who lost their lives on that very land.

I had an undergraduate professor at Morehouse named Mr. Skip Mason, who taught me about tracing back my lineage and it was through him that I learned about the battles between the Natives and the “good” Pilgrims in Massachusetts, and why this “good” Pilgrim narrative was created in the first place.

What I still value and appreciate about America is that as Americans, we still have the choice to decide what we want to celebrate. I don’t take that for granted. However, I believe that it’s very important to have a broad context about the history of a holiday, before indulging in what you’ve been conditioned to believe that it represents. While I am leery of celebrating holidays such as Thanksgiving, I do believe that in America we should celebrate our differences. We should celebrate the unity that is springing forth now. We should celebrate life. We should celebrate love because that’s what we’ve lost as a country. The past, as well as current events, have brought us to this point where we are now, and we can now have a conversation and begin to demand change. 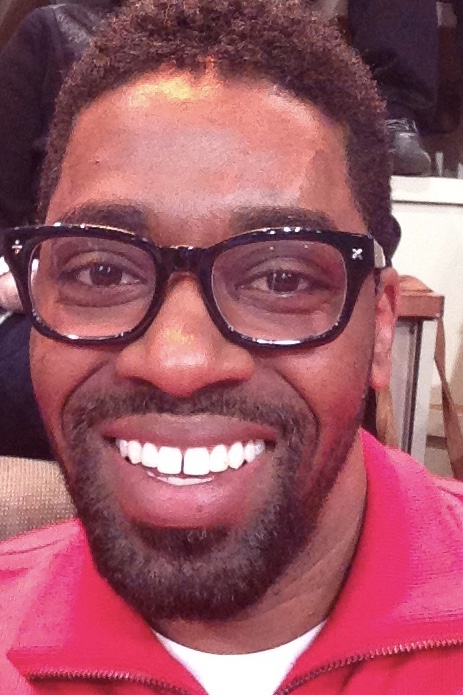 Charleston Draper is an actor on stage and television who earned his degree in Theatre Arts from Morehouse College. He also enjoys writing about food, culture, and the arts. He also enjoys designing interiors for Homes and Commercial spaces.